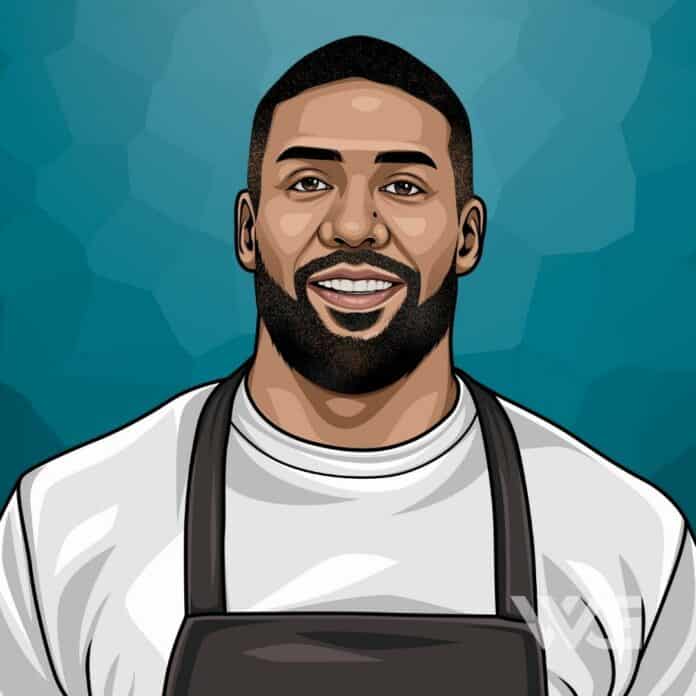 What is Arian Foster’s net worth?

Arian Foster is a former American football running back who now performs as Bobby Feeno in the music industry.

He was signed by the Houston Texans of the National Football League (NFL) as an undrafted free agent in 2009. He played college football for the University of Tennessee and was well-known for giving his trademark Namaste bow after scoring touchdowns.

Foster, who also played for the Miami Dolphins and holds both the rushing yards and touchdown marks for the Houston Texans.

Arian has also made a name for himself in the music industry, having rapped with stars like Bun B, a long-term friend of Foster.

He was brought up by his father, Carl Foster, a former University of New Mexico wide receiver, and his mother, Bernadette Sizemore, a secretary for the university.

Foster’s father signed a contract with the Denver Broncos in 1982, but he never made it to the NFL and was unable to last through the summer. Foster has four siblings; Braxton, Maria, and Christina, who got her masters at SIT in Vermont, and Abdul, who is also an athlete running track in high school and at college at Florida A&M.

Foster’s mother encouraged him to play football at the age of seven, much to the dismay of Foster’s father, an ex-wide receiver himself.

Carl was opposed to the concept of his son playing the sport at such a young age.

However, Foster became obsessed with the sport and told his elementary school teacher that he wanted to “become an NFL star.”

He attended Valley High School in Albuquerque, but after his parent’s divorce, he moved to San Diego and enrolled at Mission Bay Senior High School, where he played linebacker, until switching to running back in his junior and senior years.

Foster later completed a four-year degree at the University of Tennessee, where he played football for 48 games, rushing for 3,464 yards and scoring 23 touchdowns.

On November 23, 2009, Arian made his NFL debut for the Houston Texans against the Tennessee Titans, and a month later, he scored his first touchdown against one of the richest NFL teams, the Miami Dolphins.

Arian joined the likes of  J.J. Watt, Deshaun Watson, DeAndre Hopkins, and Chris Jones at the Houston Texans and was to become one of their greatest running backs.

Foster had a career-best season in his second year, amassing 1,616 running yards and 16 touchdowns, both tops in the league at the time, earning him a spot in his first Pro Bowl.

Arian had a fantastic season in 2011, rushing for 1,224 yards and ten touchdowns in 13 games, earning him a spot in the Pro Bowl for the second consecutive year.

Although he participated in the first eight games of the season, Foster’s issues started in 2013 when he suffered a back injury. As a result, he was unable to finish the season and finished with only 542 yards and one score.

Since then, he has frequently battled injuries, and the Texans’ offense suffered greatly. However, he returned in 2014 with 1,246 running yards, eight touchdowns, and a career-high five receiving touchdowns. This was his most recent trip to Honolulu and the Pro Bowl.

He also earned another trip to the Pro Bowl. Foster made his NFL retirement official on October 24, 2016.

Foster has also appeared in TV shows such as ‘Hawaii Five-0, Made in Hollywood, Draft Day, and Grandfathered.

On top of his acting, he also makes music under the alias Bobby Feeno. Foster released his debut rap album Flamingo & Koval on Tidal on April 26, 2018.

After proving himself to his team and the coaches, Arian secured a lucrative contract but was unfortunately injured and didn’t live up to his full potential.

But, he came back strong and it looked like he was going to become one of the greats of gridiron football.

It was unfortunate that Arian’s career on the football field came o an end in 2016 as he had shown so much promise over the years.

However, he transitioned to acting and then to singing, which just goes to show what a multi-faceted individual he is.

Arian Foster earned a fortune playing football and was wise enough to ensure that it was invested.

Following his retirement from football, he continued to earn an impressive income as an actor and then as a rapper.

Here’s a breakdown of Arian Foster’s annual net worth:

Arian Foster is one of the lucky professional athletes who held on to his fortune and didn’t squander it.

He invested in a variety of properties and financial investments, ensuring that he would be set for life.

Foster was dubbed “the most intriguing man in the NFL” by Sporting News. In July 2012, he converted to veganism and his diet was a very interesting topic for the media for a while.

He stated: “I just like to eat healthy, man. That whole vegan thing, a lot of people are really interested in my food… I’ve had meat since I said I don’t eat meat anymore. I like to stay with plant-based foods, but every now and then, I’ll eat meat.”

Arian Foster was brought up as a Muslim, but he is now an atheist and began living a vegan lifestyle in 2012.

Foster and his wife Romina have been married since 2011, and have two children. However, in 2014, Foster was sued by Brittany Norwood, who claimed that Foster had impregnated her and then insisted that she get an abortion.

With the ongoing controversy surrounding the case, the toll on his marriage was too much and it ended in him and Romina parting ways.

After starting his professional career with so much promise, Arian delivered up until he was injured.

What followed was a slow decline in his performances with moments of brilliance.

Here are some of the more memorable moments from Arian Foster’s career:

In the end, Arian left the NFL after his body was unable to withstand the physical punishment it had to endure each game.

However, he wasn’t at a loss about what to do as he was already lining up acting jobs and was concentrating on breaking into the rapping scene.

How Does Arian Foster Spend His Money?

Arina Foster promised his mother that she would not have to work again after he planned to look after her. He was 7 years old and in 2012, that promise came true when he retired his mother from her job.

He is very aware of where his money is going and is particularly concerned that he doesn’t pay too much tax.

He has spent an undisclosed amount on the piano and studio equipment he uses for his singing career. He is also a believer in paying himself first, in other words, putting away savings, before spending anything.

Once he knows how much is left after his savings plan is covered, he sticks to a very tight budget, keeping track of everything he spends money on. He insists that he is very strict about managing his money.

He does like to drive some of the most expensive cars in the world but is too astute to waste money on transport that is not practical and reasonably priced.

Despite the fact that Arian Foster’s career was plagued with injuries, when he was on the field, he outperformed everyone.

Here are some of the best highlights of Arian Foster’s career:

Arian played 8 seasons for the Houston Texans and the Miami Dolphins, making 1,476 carries for 6,527 yards. He achieved 255 catches for 2,346 yards and was responsible for scoring 68 touchdowns.

With stats like these, it is no wonder that he was selected to play in 4 Pro Bowls during his career.

Arian likes to keep his life simple and the people around him need to be happy. This helps him to focus on his work and keeps him grounded in reality.

Here are our favorite quotes from Arian Foster:

Arian Foster has always had a very mature approach to pro football.

He knew right from the start that his days at the top were numbered and that he would have to plan for the day when he could no longer play.

Now that you know all about Arian Foster’s net worth, here are some of the best success lessons to learn from Arian Foster:

Arian Foster takes his religion very seriously and it is important to him that his family and everyone else has an open mind when it comes to religion.

Arian knows how hard it is to achieve great things on the football field. But he is also aware of how tough the world is and he shows respect to those who have achieved their goals in life.

Arian is well aware that there is life after football and that once his playing days were over, he’d need to get to grips with life outside of the football field.

Foster was on top of his game when it came to his career in football, but multiple injuries stopped him from going all the way and achieving his full potential.

But he never let that stop him from achieving his goals, from playing football to appearing on television and entering the music industry. Foster is a jack of all trades and has become extremely wealthy from his many talents.

What do you think about Arian Foster’s net worth? Leave a comment below.