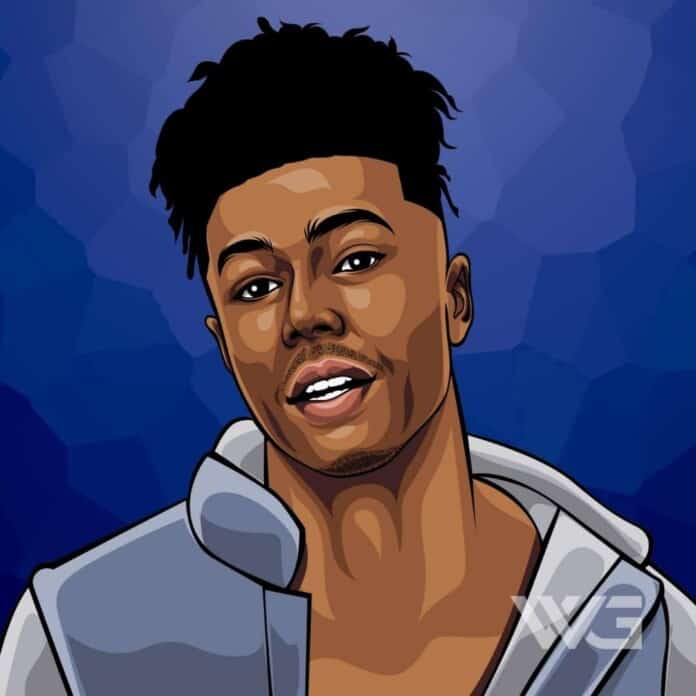 What is Blueface’s net worth?

As of February 2023, Blueface’s net worth is estimated to be $4 Million.

Blueface is an American rapper and songwriter from Los Angeles. He is best known for his song ‘Respect My Crypn’, which made him a viral internet meme.

Johnathan Michael Porter was born on the 20th of January, 1997, in Los Angeles, California.

Porter grew up in Mid City in West Los Angeles and attended multiple elementary schools before moving in with his mother in Santa Clarita Valley.

After settling down in San Fernando Valley, Porter attended Arleta High School and joined the football team, becoming the starting quarterback in 2014, standing at 6’4” and weighing 160lbs.

Jonathan Porter entered the rap scene in 2017, initially posting his songs to Instagram and SoundCloud. Soon, he took the stage name “Blueface Bleedem” and released his first song ‘Deadlocs’.

Blueface earned further recognition when he released a music video for his track “Respect My Crypn” via WorldstarHipHop’s YouTube channel. The video was later posted to Twitter where it became viral.

In November 2018, he signed a deal with Cash Money West. In the following months, he once again scored a viral hit after previewing his new track “Bleed It”.

Released soon after, the song’s music video was shared on the Lyrical Lemonade YouTube channel where it garnered more than 2 million views within 24 hours.

Here are some of the best highlights of Blueface’s career:

“Pull up on your block, then I bleed it (Bleed it). Slidin’, if I don’t drop somethin’, I can’t leave it (I can’t leave it). Wock’ got me poured, but this TEC got him leanin’ (Got him leanin’). Never let the beef get cold, where’s the meetin’?” – Blueface

“Everybody says I’m offbeat. I wrote that motherfucking song to the beat. But I wouldn’t have had “Thotiana” if I didn’t hear the beat first. So what really inspired that was thots, sl**s, wh**es.” – Blueface

“I’m not going to say I started the word. The word Thotiana has been around as long as the word thot has been around. It was just catchy. It was just different. I hadn’t heard anybody use it in that term. I’m really a genius bro, sometimes I just think of this shit on accident.” – Blueface

“So my inspiration for this. Basically, I had just left the hood, I just ran three fades back to back and pure off respect, ya feel me, n***as, sayin’ this or sayin’ that, so I just ran three different n***as back to back just off respect really. So, once I did that I kind of felt a little accomplished. I didn’t have no marks or nothin’ on my face so I didn’t look like I ran three fades. So, it was more just like an aggressionist side of me just came out into the mic.” – Blueface

Now that you know all about Blueface’s net worth, and how she achieved success; let’s take a look at some of the lessons we can learn from her about beauty:

Only ever lend what you can afford to lose.

When things feel like they’re getting too much in life, stop, sit down and take time out. Stop the doing and just be for a while. Take a nap, have a walk, do nothing. Your best doing will arise out of your ability to “just be”.

3. Don’t Let The Past Define You

This moment is all there is. Neither the past or the future exists. That’s a fact. Don’t let the past define who you are today, and don’t let what you think the future might look like control your destiny.

How much is Blueface worth?

Blueface’s net worth is estimated to be $4 Million.

How old is Blueface?

How tall is Blueface?

Blueface has been attracting the audience with his unconventional rapping. He has already worked with some of the most renowned rappers of the industry, including Drake, Lil Uzi Vert, and Quavo.

As of February 2023, Blueface’s net worth is estimated to be roughly $4 Million.

What do you think about Blueface’s net worth? Leave a comment below.