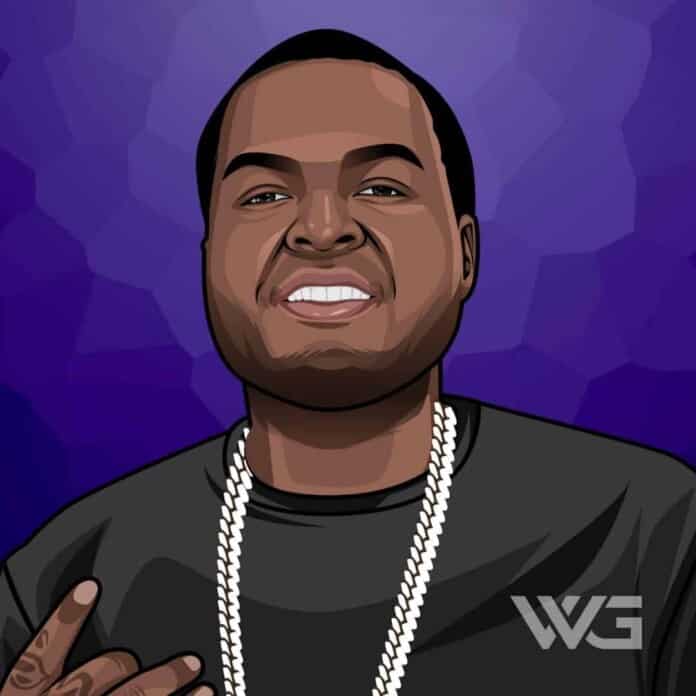 What is Sean Kingston’s net worth?

As of December 2022, Sean Kingston’s net worth has amounted to $500 Thousand.

Sean Anderson “Sean Kingston” is a Jamaican-American songwriter, rapper, and singer from Miami.

Kingston initially gained recognition when he was discovered by Tommy Rotem on MySpace. He released his first single hit in 2007 entitled ‘Beautiful Girls’ that topped the Billboard Hot 100.

Kingston is mostly known for his debut album ‘Sean Kingston’ which was released in 2007.

KiSean Anderson was born in Miami, Florida on the 3rd of February, 1990. Kingston is the first child of three children born to Janice Turner.

His family moved to Jamaica when he was 6 years old. Kingston attended Ocho Rios High School in Ocho Rios for three years before he moved back to the United States with his family.

Kingston’s grandfather is a known Jamaican producer who worked under the name Jack Ruby. Ruby was considered to be one of the best roots reggae producers of the 1970’s.

Sean Kingston began his career when he was discovered by Tommy Rotem on ‘MySpace’. Kingston was signed by ‘Beluga Heights’ in a deal with ‘Sony’. The label owner, JR Rotem, thought Kingston was a raw singer.

Kingston co-wrote Jason Derulo‘s single ‘Whatcha Say”, and Reggae/R&B singer Iyaz was later discovered by Kingston on ‘MySpace’. In 2010 Kingston released his single ‘Miss Everything’. Kingston was also seen with DJ Khaled in Bow Wow’s single ‘For My Hood’.

Sean has collaborated with Bow Wow and ‘Cash Money Records’ on the single ‘For My Hood”, and he also made an appearance in a mixtape titled ‘Our World’.

The tape featured 12 songs, and Kingston’s first mixtape ‘King of Kingz’ was released in 2011 and featured some of the biggest names in the music industry such as B.o.B, Tory Lanez, Flo Rida, Justin Bieber and Akon.

In 2014 Kingston announced that he was working on his fourth album He played a cameo in a Bob Marley episode in ‘Black Dynamite’ and guest-starred on the show ‘Adult Swim’ along with David Alan Grier, Kid Rei, and Chance the Rapper.

A year later Kingston’s social media post claimed that he was working with producer ‘RedOne’. Later on, he released a single ‘Wait Up’, and in 2017 Kingston announced that he would release the mixtape ‘Made in Jamaica.

Here are some of the best highlights of Sean Kingston’s career:

I was homeless. When my mom went away when I was 14. … My aunt, she doesn’t like rap music. She thinks rap music is the devil’s music. Basically, she said, “Yo, if you are going to do music you can’t do it in my house.” – Sean Kingston

“I describe my sound as international: reggae, pop, rap, R&B all in one. People say, “What type of genre is your music?” It’s Sean Kingston genre. I have my own genre. No disrespect to no artist or dudes out there.” – Sean Kingston

“I make sure I always surround myself with good, down to earth, fun, real people, who always keep me grounded.” – Sean Kingston

Now that you know all about Sean Kingston’s net worth, and how he achieved success; let’s take a look at some of the lessons we can learn from him:

Always make sure that you’re surrounded by good people, who is down to earth, funny, down to earth and real. Those people will help you when you fall, and never let go of you.

Isn’t funny that we ignore those ones that adore and care about us. We love the ones who hurt us and we hurt the ones who love us.

It’s important as an artist to not keep themselves in a specific box. As a person, you need to take some risks and think outside the box, because it’s so common everyone just gets stuck in the box.

How much is Sean Kingston worth?

Sean Kingston’s net worth is estimated to be $500 Thousand.

How old is Sean Kingston?

How tall is Sean Kingston?

Sean Kingston has been a famous R&B icon since we can remember and he has collaborated with stars like Justin Bieber, B.o.B, Chance the Rapper, and Akon.

What do you think about Sean Kingston’s net worth? Leave a comment below.