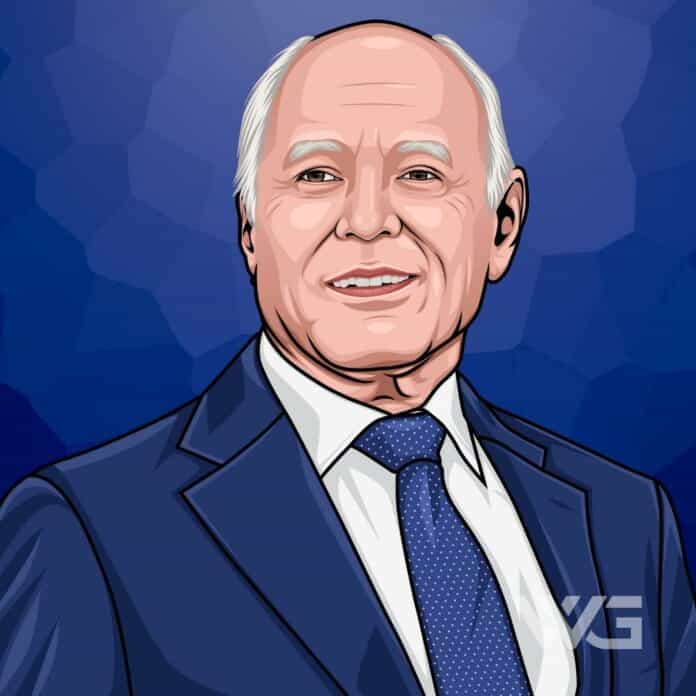 What is Frank Marshall’s net worth?

Frank Marshall is an American film producer and director who has worked on some of the most iconic Hollywood blockbusters of all time.

Along with his wife, Kathleen Kennedy, his production credits include the Indiana Jones films, Who Framed Roger Rabbit, and Jurassic World.

Raised in the Van Nuys neighborhood of California, he attended Newport Harbor High School, where he was active in both sports and the arts.

In 1964, he attended UCLA to study engineering, graduating with a degree in Political Science in 1968.

It was in 1966 when Marshall’s involvement in movies began, following an introduction to film director Peter Bogdanovich at a birthday party for the daughter of iconic director John Ford.

After working on the Peter Bogdanovich films Targets and The Last Picture Show, Marshall teamed up with Kathleen Kennedy and Steven Spielberg to create Amblin Entertainment.

The production company went on to work with some of the richest actors in the world, with their first notable release, Raiders of the Lost Ark, launching Harrison Ford’s career.

Marshall worked with a young Christian Bale on Empire of the Sun, Bruce Willis on The Sixth Sense, and served as a producer on the Back to the Future trilogy.

In the 2000s, Marshall helped craft the Bourne Identity with Matt Damon and the sequels, The Bourne Supremacy, The Bourne Ultimatum, and The Bourne Legacy.

He also worked on the reboot of the Jurassic Park franchise, with Jurassic World, starring Chris Pratt, becoming one of the highest-grossing movies of all time, ranked behind Avengers: Infinity War.

For his work, Marshall has received five nominations for Academy Awards and three BAFTA Awards, with the combined revenue from his movies amounting to several billion dollars.

Frank Marshall’s career earnings match his impressive box office impact, with many of his movies breaking records for ticket sales.

While his exact income per film isn’t disclosed, it’s fair to assume his salary for working as a producer runs into the tens of millions of dollars for each film credit.

His ongoing royalties from the many franchises he’s produced will ensure continued high income, combined with his salaries for upcoming projects.

Through his work with some of the richest directors in the world, Frank Marshall has seen his net worth increase exponentially since the early 1980s.

During this decade, he produced some of the biggest blockbusters of the era, making him one of the most bankable producers working in Hollywood.

With his wife, Kathleen Kennedy, another major player in Hollywood, their combined net worth will undoubtedly skyrocket.

After producing several films with Kathleen Kennedy, the couple married in 1987, and shortly after, they left Amblin Entertainment and founded the Kennedy/Marshall Company.

Marshall continues to actively support many sporting associations, including serving as the Board Chair for The Archer School for Girls.

Frank Marshall has received much recognition from the film industry, with a long list of popular blockbuster movies to his credit.

These awards cover everything from his tent pole hits to more obscure television shows and documentaries.

Here are some notable awards from Frank Marshall’s career:

How Does Frank Marshall Spend His Money?

The combined financial clout of Frank Marshall and his wife, Kathleen Kennedy, has allowed them to invest in some of the most expensive houses in the world, notably in the Los Angeles area.

One example is a home in the Pacific Palisades, which they sold to Tom Hanks and Rita Wilson for an impressive $26 million.

They also own a two-acre property in Malibu, for which they paid $9.75 million, featuring all the modern conveniences, swimming pools, and ocean views you can expect at such a price.

With a career beginning in the 1970s and continuing to this day, Frank Marshall has enjoyed a staggering amount of success and fortune.

A major player in the industry, he’s launched multiple lucrative franchises and kick started the careers of several A-list actors and actresses.

Here are some of the best highlights of Frank Marshall’s career:

With more movies in development, including additional releases to hit franchises, Marshall’s list of accomplishments will continue to grow.

Frank Marshall’s extensive experience working on some of the most iconic movies ever made gives him a unique perspective on the industry.

He’s shared his thoughts on developing franchises and the creative process in many interviews over the years.

Here are our favorite quotes from Frank Marshall:

Now that you know all about Frank Marshall’s net worth, we’ll explore a few of the ways his life and work can inspire our own pursuits.

Few Hollywood industry veterans have worked on so many culturally significant projects, and Marshall’s understanding of what works is rare in entertainment.

Here are some of the best success lessons to learn from Frank Marshall:

1. Create A Body Of Work With Consistent Standards

Marshall’s ability to continually work on financially and critically successful projects reflects his dedication to the craft.

His films clearly understand what the audience wants, delivered to a consistently high standard.

2. Don’t Be Afraid To Invoke The Past To Create Something New

Marshall’s projects frequently reference culture from the past, from the classic cartoons of Who Framed Roger Rabbit to the action serials that inspired Indiana Jones.

Draw upon old culture and understand what works best to help inspire your creative decisions.

While Marshall is perhaps best known for his blockbusters, he isn’t afraid to diversify his output and approach to genres.

That’s a wrap on this complete guide to the filmography, career, and net worth of American film producer and director Frank Marshall.

An icon of Hollywood, he’s worked on some of the most successful movies ever made and continues to develop new and existing franchises.

With his net worth likely to increase as more projects come out, we’ll update this article to ensure it covers all the facts and figures you need to know.

What do you think about Frank Marshall’s net worth? Leave a comment below.