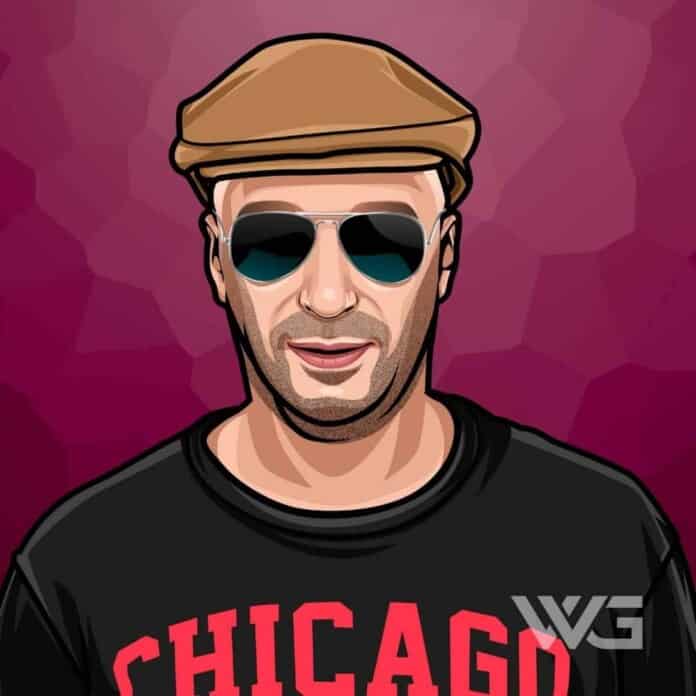 What is Tom Morello’s net worth?

Tom Morello is an American musician and actor.

Morello is best known for his tenure with the rock band Rage Against the Machine. Between 2016 and 2019, he was a member of the group Prophets of Rage. Morello was also a touring musician with the E Street Band and Bruce Springsteen. Morello is also known for his acoustic solo act, the Nightwatchman.

Morello is the son of Ngethe Njoroge and Mary Morello. He is an only child, and he is the son of an American mother of Italian and Irish descent and a Kikuyu Kenyan father.

Morello’s mother was a school teacher who earned a Master of Arts. His father participated in the Mau Mau Uprising and was Kenya’s first ambassador to the United Nations. His aunt was the first woman to serve in the legislature of Kenya.

Morello was involved in many bands since the age of 13. He purchased his first guitar and joined a band called Nebula. In 1991, he was on a mission to start a new band which ended up being called Rage Against the Machine. The following year, the group signed a record deal with Epic Records. They released their debut album the same year.

Over the next years, Morello and the band experienced financial and critical success, releasing several albums. Morello worked with the band’s remaining members, and the group released three albums over the next few years.

Outside of his band, Morello got involved in a wide range of additional music projects. He started “The Nightwatchman” in 2003, which is a one-person folk music entity. In 2007, he dropped an album as the Nightwatchman titled ‘One Man Revolution.’

Morello is best known for his involvement in the Street Sweeper Social Club, which was formed in 2006. A few years later, he also joined Prophets of Rage. Other side projects include The Atlas Underground and Collaborations with groups like Anti-Flag, Primus, Linkin Park, and Knife Party.

In 2007, the band reunited and performed at Coachella. Because of the huge success, the band decided to stay together again. Morello and the original members toured around the world over the next few years. In 2020, it was announced that the band would be reuniting once again for Coachella.

How Does Tom Morello Spend His Money?

Morello is a proud owner of a home high up in the hills above Los Angeles. He purchased the home back in 1997 for $950,000. Today this house is likely worth $5+ million.

Morello loves to give back to the people in his community. Some of the organizations he has helped include  Aid Still Required.
Amnesty International, Feeding America, Hollywood Arts, Human Rights First, Mercy For Animals, and MusiCares.

Here are some of the best highlights of Tom Morello’s career:

“In our country, there’s never been a successful progressive struggle that did not have a soundtrack, whether it was the civil rights movement, workers’ rights movement, women’s rights movement. There’s got to be songs at the barricades, and those are the kinds of songs that I try to write.” – Tom Morello

“Charles Manson loved the Beatles but didn’t understand them. Governor Chris Christie loves Bruce Springsteen but doesn’t understand him. And Paul Ryan is clueless about his favorite band, Rage Against the Machine.” – Tom Morello

“America touts itself as the land of the free, but the number one freedom that you and I have is the freedom to enter into a subservient role in the workplace. Once you exercise this freedom, you’ve lost all control over what you do, what is produced, and how it is produced. And in the end, the product doesn’t belong to you.” – Tom Morello

“I find it ironic that now water is more expensive than music. On the one hand, record companies can’t go crying when they’ve gouged consumers for decades, charging exorbitant prices for CDs that cost 29 cents to make. On the other hand, when music is free, musicians starve.” – Tom Morello

“With guitar, I’d always mixed more sounds that occur in hip-hop, or occur on Crystal Method records, or occur at the zoo – so I’ve never been tethered or have limited myself to the traditional rock n’ roll vocabulary.” – Tom Morello

Now that you know all about Tom Morello’s net worth and how he achieved success; let’s take a look at some of the lessons we can learn from him:

Racism is a problem, economic inequality is a problem, not enough rock n’ roll on the radio is a problem. But all those problems will become insignificant when the oceans rise in a way that threatens organized human activity.

Progressive, radical, or even revolutionary change has always come from below.

3. Put The Secrets Out

If you want to change the world right now, it’s not so much a secret how you do it. You put the secrets of a criminal government on the internet.

How much is Tom Morello worth?

Tom Morello’s net worth is estimated to be $30 Million.

How old is Tom Morello?

How tall is Tom Morello?

Tom Morello is best known for his guitar playing in the and Rage Against. He has also worked with bands such as Audioslave, Prophets of Rage, Street Sweeper Social Club, and his solo project, The Nightwatchman.

Morello has worked with artists such as Bruce Springsteen and the E Street Band. He is considered to be one of the greatest guitarists of all time. Outside music, he is known for his strong political views.

What do you think about Tom Morello’s net worth? Leave a comment below.