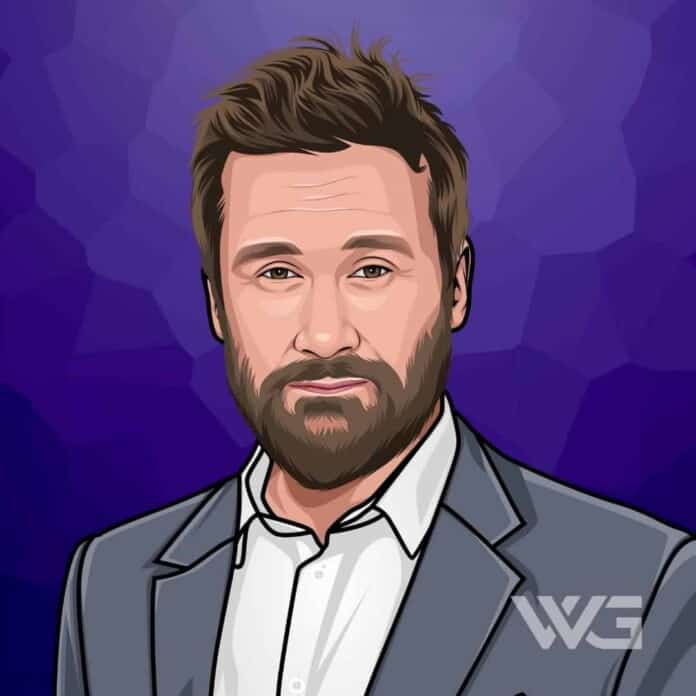 What is Clive Standen’s net worth?

Clive Standen is an English actor. Standen is best known for portraying Brian Mills in the series ‘Taken’ based on the film trilogy.

He is also known for playing Rollo in the popular series ‘Vikings.’ Some other series he has been starred in include ‘Camelot,’ ‘Robin Hood,’ and ‘Doctor Who.’

As of February 2023, Clive Standen’s net worth is estimated to be roughly $3 Million.

Clive James Standen was born on the 22nd of July, 1981, in Northern Ireland. Standen grew up in East Midlands, England. He went to school at the King Edward VII School.

Standen earned a place on the 3-year diploma in acting at the London Academy of Music and Dramatic Art. Apart from acting, he was a former international Muay Thai boxer.

Standen appeared in ‘Waking the Dead’ in 2004 and took Major Alan Marshall’s lead role in the ‘Zero Hour.’  He played Private Carl Harris in three episodes of the fourth series of Doctor Who.’

The following year, he starred in the series ‘Robin Hood.’ He also took a leading role in the Bollywood movie ‘Namastey London’ alongside Akshay Kumar and Katrina Kaid.

In 2012, he landed the role of Rollo in the series ‘Vikings.’ He portrayed Bryan Mills in the television adaption of ‘Taken.’ He was cast in the main role of ‘Council of Dads.’ Standen has also done several voiceovers for different video games such as ‘Inversion’ and ‘Aliens vs. Predator.’

How Does Clive Standen Spend His Money?

Clive Standen is a wealthy actor who has gained his massive fortune from acting and other endorsements. Standen is quite private about his personal life, so what we do know is that he spend some of his money on his incredible home.

Standen is a proud owner of Lucy Hale’s previous canyonside house. The house comes with a beautiful canyon view and media rooms. It also comes with three guest rooms and a bathroom with a claw-footed soaking tub and dual vanities.

Here are some of the best highlights of Clive Standen’s career:

“My first press tour for ‘Vikings’ was pretty overwhelming. Between all the hotels, TV shows, and talking a lot, I would get done and have to sit in silence for a while. It was exhausting, and you really have to focus.” – Clive Standen

“I’ve got children, and it’s still this one thing that I feel incredibly proud about when my children are in the playground with their friends, and they know about ‘Doctor Who.’ It’s a great feeling. I can sit down with them and watch the new ‘Doctor’ with my kids.” – Clive Standen

“I fought so hard at every step of the process – it ended up being seven different auditions and a rollercoaster process of auditioning and screen testing to then get offered the role of Rollo, which started a six-year adventure of working with an incredible cast and crew.” – Clive Standen

“For the three years I was at drama school, I worked at the National Theatre as an usher in the evenings. I may have been selling ice creams and handing out programs, but I had the privilege of seeing every production that came through the doors in all three theatre spaces over and over.” – Clive Standen

“It’s going to be a nightmare for most of us, and devastating for some, when we finally get out and try and salvage jobs and managing debt and mortgages and everything that comes with supporting a family or life in general. But right now if we can try to take the positives.” – Clive Standen

“Oh! We have to raise our game”. She’s a brilliant actress and such a wonderful woman. But yeah, what’s nice about that is that it comes near the end of the episode, so it’s not even really about that, it actually does come at a moment in which it really doesn’t matter.” – Clive Standen

Now that you know all about Clive Standen’s net worth and how he achieved success; let’s take a look at some of the lessons we can learn from him:

1. Take Care Of Yourself

If you want to make yourself necessary and want to feel successful, learn to create, take care of yourself that other people can use and need.

Say what you want to say and speak up for yourself. Speech gives us the power to create or destroy.

Our journey is our success, and it will always begin with small steps of taking a chance. It all begins with a small step in a desire to be better and do better in life.

How much is Clive Standen worth?

Clive Standen’s net worth is estimated to be $3 Million.

How old is Clive Standen?

How tall is Clive Standen?

Clive Standen is an English actor best known for starring in the series ‘Taken’ and ‘Vikings.’

When it comes to movies, he has starred in ‘Hammer of the Gods,’ ‘Everest,’ ‘Patient Zero,’ ‘In Like Flynn’, and ‘Vault.’ He has also starred in theatrical productions such as ‘West Side Story.’

As of February 2023, Clive Standen’s net worth is estimated to be roughly $3 Million.

What do you think about Clive Standen’s net worth? Leave a comment below.