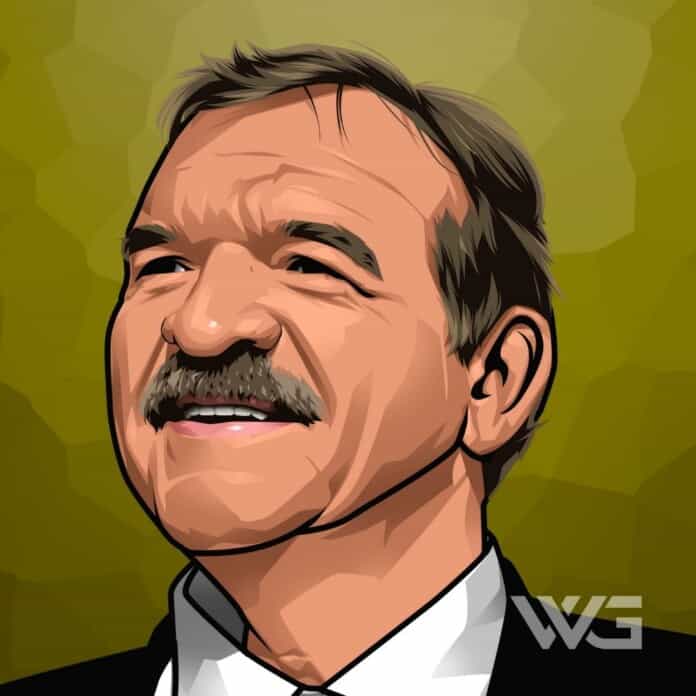 What is Dan Dierdorf’s net worth?

Dierdorf played college football for the University of Michigan from 1968 to 1970 and was selected as a consensus first-team All-American in 1970 and a first-team All-Big Ten Conference player in 1969 and 1970.

Dierdorf is the son of John and Evelyn Dierdorf. His father worked much of his life for the Hoover Vacuum Company. He attended Glenwood High School in Canton.

Dierdorf played football in high school. He looked into a number of Midwestern schools with hopes of landing a football scholarship but kept coming up empty. Notre Dame wasn’t interested.

Dierdorf played professional football in the NFL with the St. Louis Cardinals for 13 seasons from 1971 to 1983. He was then selected by the National Football League Players Association as the Offensive Lineman of the Year for three consecutive years from 1976 to 1978.

From 1974 to 1980, he played in the Pro Bowl six times and was chosen as a first-team All-Pro five times. He was named to the NFL 1970s All-Decade Team and was inducted into the Pro Football Hall of Fame in 1996.

When his playing career ended, he worked as a broadcaster. Dierdorf worked for American Broadcasting Company from 1987 to 1999, including 12 seasons as a color analyst on Monday Night Football.

From 1999 to 2013, he was a part of the NFL on the CBS team as an announcer. He has also been the color analyst for Michigan Wolverines football radio broadcasts. In 2008, he received the Pete Rozelle Radio-Television Award from the Pro Football Hall of Fame.

Here are some of the best highlights of Dan Dierdorf’s career:

“I thought to myself at least a couple of times after a hit, ‘Boy, that’s going to leave a mark. I’m going to pay for that some day down the road.’ We didn’t talk about spinal compression. I lost at least 2 inches in height in my career. I’m barely hanging onto 6-2 now.” – Dan Dierdorf

“Everything else is sacrificed to that end. But all of a sudden something like that happens, and if you have any air of intelligence, you’ve been shaken down to the very core of yourself. I know that happened to me; I don’t know that I was ever the same after that. After that, a lot of things became clear to me outside of football.” – Dan Dierdorf

“As I look back on it, I know our season ended the day J.V. died because I know none of us got over it. You just lose focus. All of a sudden you find out in some ways how childish you’ve been in the way you’ve devoted your whole life to this game. Then all of a sudden it hits you that there are bigger things in play.” – Dan Dierdorf

“Everything else is sacrificed to that end, … But all of a sudden something like that happens, and if you have any air of intelligence, you’ve been shaken down to the very core of yourself. I know that happened to me; I don’t know that I was ever the same after that. After that, a lot of things became clear to me outside of football.” – Dan Dierdorf

“If I’ve got correct goals, and if I keep pursuing them the best way I know how, everything else falls into line. If I do the right thing right, I’m going to succeed.” – Dan Dierdorf

Now that you know all about Dan Dierdorf’s net worth and how he achieved success; let’s take a look at some of the lessons we can learn from him:

You go for it. All the stops are out. Caution is to the wind, and you’re battling with everything you have. That’s the real fun of the game.

Dierdorf doesn’t pay attention to what others are doing. He feels strongly that if he has correct goals and the determination to keep pursuing them the best way he knows how everything else falls into line.

Have fun, and enjoy the game.

How much is Dan Dierdorf worth?

Dan Dierdorf’s net worth is estimated to be $17 Million.

How old is Dan Dierdorf?

How tall is Dan Dierdorf?

He started his career as a guard and left tackle before settling in as a starter at right tackle in 1974. Dierdorf was named to the Pro Bowl six times from 1974 to 1978 and in 1980.

He was a consensus All-Pro in 1976 – 78, and an All-Pro in the Newspaper Enterprise Association named him All-Pro.

What do you think about Dan Dierdorf’s net worth? Leave a comment below.