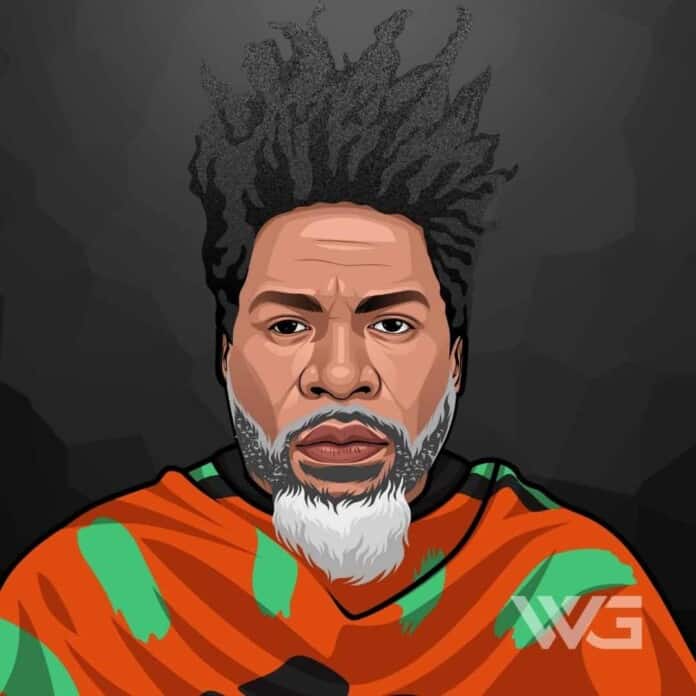 What is David Banner’s net worth?

David Banner is an American rapper, actor, and activist.

Banner graduated from Southern University. He pursued a master’s of education at the University of Maryland Eastern Shore. Banner started his music career as a member of the rap duo, Crooked Lettaz.

He started his solo career in 2000 with the release ‘Them Firewater Boyz, Vol 1’.

Lavell William Crump was born on the 11th of April, 1974, in Sacramento, California.

Crump is the elder son of Zeno Crump Jr. He graduated from Provine High School in 1992. He then attended Southern University in Baton Rouge, Louisiana.

Crump served as president of the Student Government Association at Southern University. He later attended the University of Maryland Eastern Shore to pursue a master’s degree in education but later left the program to pursue his music career full-time.

His stage name David Banner is taken from the lead character of the television series, ‘The Incredible Hulk.’ With several of his friends, Banner sent some demo tapes to Jackson, Mississippi radio station, WJMI.

In 1999, Banner and Kamikaze, as the duo, Crooked Lettaz, released ‘Grey Skies.’ The following year, Banner released his solo debut album, ‘Them Firewater Boyz, Vol. 1.’ It sold around 7,000 copies.

He appeared on the Adult Swim cartoon show ‘That Crook’d ‘Sipp,’ which premiered in 2007. His single ‘Play’ was used as the background music in the pilot’s first television promo.

Banner then produced his next two singles, ‘Get Like Me’ featuring Chris Brown and Yung Joc. In 2008, Banner was featured on the track, ‘Superfriend,’ from the 2008 album, ‘The Sound,’ by gospel R&B duo Mary Mary.

Banner appeared in the music video for the song ‘Confession’s by Lecrae in 2013. He played Earl Gaines, Cecil Gaines’ father, in the 2013 film The Butler. He was featured on a remix of Mexican American rapper Kap G’s single ‘La Policia,’ which stirred hype throughout the media and the internet.

How Does David Banner Spend His Money?

David Banner spends some of his money on charity work.

Here are some of the best highlights of David Banner’s career:

My favorite record I’ve ever done was on my first album, Mississippi: The Album, and it was called ‘My Shawty.’ And of course ‘Like A Pimp’ because that changed my life. I would be doing myself a disservice if I didn’t include T.I.’s ‘Rubber Band Man’ on a list of my favorites.” – David Banner

“I think it’s just the people that I have relationships with because I’m here. Those are my peers, and that’s who I’m around every day. When I was on the West Coast, I mostly worked with west coast artists.” – David Banner

“I never did that. I always tried as hard as I could to make every beat sound different, to show my dexterity, because that’s the thing that keeps my interest. But in a lot of cases, it’s hard to find artists who want to push forward. It seems like music has turned into people being more comfortable with sounding similar.” – David Banner

“I don’t think people give hip-hop the credit it deserves. No one would ever fathom that I would go to L.A. and get a real symphony orchestra. The God Box didn’t have a sample on it.” – David Banner

“It wasn’t really a shift – and a lot of people say that only because there was more of a consistent level of consciousness on the album. If you go back to listen to most of my records, they were always live instruments.” – David Banner

“What I was more nervous about was — a lot of the topics on my album felt like they were advanced. A lot of music is from a kindergarten to a third-grade level, in most cases. This was 12th grade, college, doctoral music from a lyric perspective.” – David Banner

Now that you know all about David Banner’s net worth and how he achieved success; let’s take a look at some of the lessons we can learn from him:

Faith allows Banner to feel that as long as he’s in line with God everything will be O.K.

If you want a man that respects the way you think then show more mind than ass.

If truly nothing was stopping you, nothing in your way, nothing to be afraid of, what would you do?

How much is David Banner worth?

David Banner’s net worth is estimated to be $12 Million.

How old is David Banner?

How tall is David Banner?

David Banner is an American rapper and record producer.

Banner received a degree in business from Southern University and was also president of the Student Government Association. He took his stage name from the character in The Incredible Hulk.

What do you think about David Banner’s net worth? Leave a comment below.

Karl Malone made his fortune as one of the most consistent basketball players in NBA history, signing more lucrative contracts than any other player.