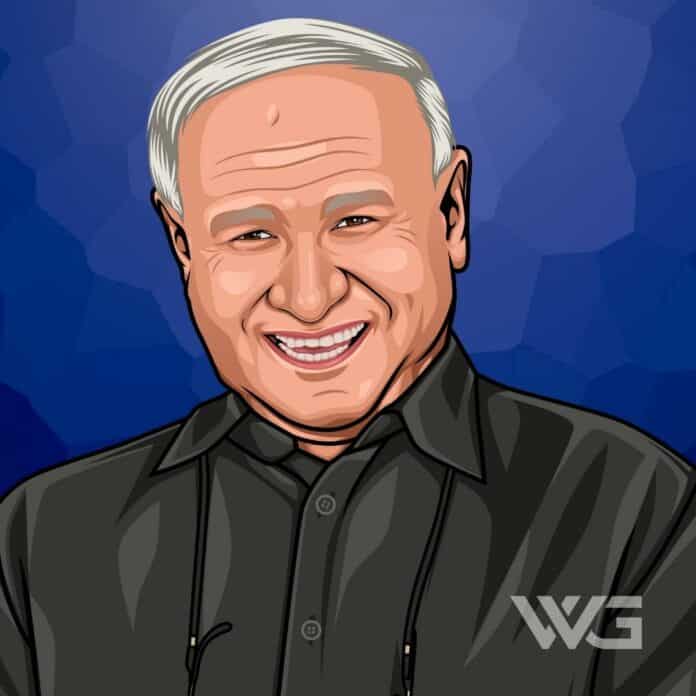 What is Cale Yarborough’s net worth?

Cale Yarborough is one of the greatest NASCAR drivers to ever compete on the track, and he’s left a lasting legacy on the sport.

While he has since retired, he has continued to grow his net worth as an incredibly successful businessman and politician.

As of December 2022, Cale Yarborough’s net worth is estimated to be $50 Million.

William Caleb “Cale” Yarborough was born on March 27th, 1939, to Julian and Annie Yarborough in a small unincorporated community near Timmonsville, South Carolina.

His father, Julian, was a tobacco farmer, cotton gin operator, and store owner who was killed in an airplane crash when Cale was only 10.

While attending Timmonsville High School, Cale played semi-pro football but made his first attempt to enter NASCAR by lying about his age, which eventually got him disqualified.

Fortunately, Cale didn’t stop pursuing his dreams of being a driver, and in 1957, he made his debut at the Southern 500, where he finished 42nd due to hub problems.

Following his appearance in 1957, Cale continued racing, and in 1962 he earned his first top 10 at the Daytona 500 Qualifying Race, finishing 10th overall.

Yarborough then went on to win this third consecutive Atlanta 500, along with the first NASCAR race at the Michigan International Speedway.

Throughout the 1970s, Yarborough continued to experience success, winning a career-high 10 races in 1974 and nine more races in 1976.

However, 1977 was his best career year, and he was able to repeat his nine-race winning streak and finish every race he competed in.

During this year, he also won his second consecutive Winston Cup, which he followed up with another victory in 1978.

In 1979, Yarborough entered into a fight with Donnie and Bobby Allison after the Daytona 500, with the confirmation and race often being credited with kickstarting mass interest in NASCAR.

Yarborough won his final pole position in 1986 and entered his final season two years later in 1988, where he entered only 10 races, placing ninth in two of them.

He may not be one of the richest racing drivers in the world anymore, but Cale Yarborough has certainly earned a fortune that most people could only dream of.

It’s likely that had Cale Yarborough continued racing, he could have built a net worth to rival even Michael Schumacher, though we doubt he’s complaining about the fortune he has amassed.

Since 1961, Cale Yarborough has been married to Betty Jo Thigpen, and together they have three daughters, Julie, Kelley, and B.J.

While fans were excited when he seemingly appeared on Twitter a few years ago, it was apparently too good to be true because the account turned out to be a well-made fake.

It seems that Cale Yarborough is enjoying a fairly private life now in his early 80s, and we can’t blame him for wanting to relax and not jump into the chaos that can be social media.

Cale Yarborough has achieved a lot throughout his long career as a professional race car driver.

While all of his victories have been impressive, some stand out more than others.

Here are some of the best victories from Cale Yarborough’s career:

While he may not be as well-known as Dale Earnhardt Jr., Cale Yarborough has won many races and earned a solid place in NASCAR history.

How Does Cale Yarborough Spend His Money?

Since his retirement, Cale Yarborough has been gradually moving away from the limelight, even more so as he’s gotten older.

Like his personal life, not much is known about how Cale spends his money, and he’s done a very good job at keeping his purchases and expenses under wraps.

Cale Yarborough may very well own some of the most expensive cars in the world, but thus far, he hasn’t told his fans, and we can only speculate.

Along with his victories on the race track, Yarborough has also earned many prestigious accolades.

While there have been many high points in Yarborough’s 31-year career, some moments stand out over all the others.

Here are some of the best highlights of Cale Yarborough’s career:

With a career that spanned three decades, it should be no surprise that Yarborough has experienced so much prestigious recognition for his skills behind the wheel.

Throughout his long career on the race track, Cale Yarborough has been known to say some pretty iconic things.

While he has many amazing quotes to choose from, some have stood out to fans more than others.

Here are our favorite quotes from Cale Yarborough:

Having enjoyed such a successful career, there is a lot that can be learned from Cale Yarborough.

Now that you know all about Cale Yarborough’s net worth, let’s take a closer look at what he can teach us about reaching our own goals.

Here are some of the best success lessons to learn from Cale Yarborough:

No matter who you are, there are always going to be people that don’t like you or something you’ve done.

If you waste your time with haters like this, you’ll only drag yourself down to their level instead of building yourself up.

The best thing you can do is show them up by staying on top of your game and rising above them.

2. Don’t Be Afraid To Take Chances

To become successful, you will have to take chances at one point or another.

While taking a chance on something is always a gamble, sometimes it can be the only way to find opportunities that you’d never have otherwise.

When trying to become successful, there are going to be times when you have to weigh the pros and cons of taking on a task.

You should learn when it is better to stick to your guns or walk away to maintain your best interests.

Cale Yarborough is an exceptional former race car driver and one of the only two NASCAR drivers to ever win three consecutive championships.

While he retired in 1988, he has continued to grow his net worth as a politician and motorsports team owner.

Be sure to check back often as Cale Yarborough’s net worth continues to grow through his various other ventures.

As of December 2022, Cale Yarborough’s net worth is estimated to be $50 Million.

What do you think about Cale Yarborough’s net worth? Leave a comment below.