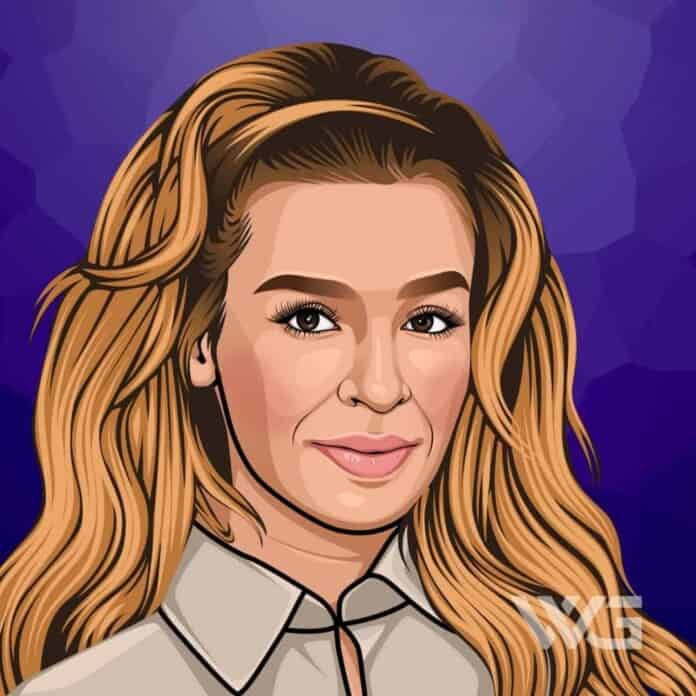 What is Melody Thornton’s net worth?

Melody Thornton is an American singer and dancer.

She assumed the second most prominent vocal role after lead vocalist Nicole Scherzinger and was distinguished for her melismatic vocal runs.

Melody Thornton was born on the 28th of September, 1984, in Phoenix, Arizona.

She has an older sister named Nichole Thornton. Her amazing talent was first discovered at a Papago Elementary School talent show when she sang Mariah Carey‘s remake of Badfinger’s ‘Without You.’

In 2003, Thornton saw The Pussycat Dolls on MTV Diaries and heard they auditioned for a new group member. Thornton went to the audition in 2003 and was recruited later that month for her audition.

In 2005, The Pussycat Dolls achieved worldwide success with their album ‘PCD’ which debuted at number five on the U.S. Billboard 200 Chart. It came with the hits ‘Don’t Cha,’ ‘Buttons,’ and ‘Stickwitu.’

Thornton provides additional backing vocals and ad-libs to several of the songs, like on ‘Takin’ Over the World’, ‘Elevator,’ ‘Love the Way You Love Me’ and ‘Painted Windows.’

She worked on several projects, including a cameo on Keri Hilson’s music video ‘Slow Dance.’ In June 2010, Rap-Up reported that she has departed from the group and was working on her solo album.

The following year, her first single, ‘Sweet Vendetta,’ was released.

The same year, she announced plans to have her debut solo album released sometime in 2012. On the 5th of March, 2012, ‘Lipstick & Guilt’ was released as a promotional single.

In 2019, Thornton dropped ‘Love Will Return,’ which was the first single from her upcoming EP ‘Lioness Eyes.’

She took the leading role as Cinderella in ‘Cinderalla’ at New Wimbledon Theatres the same year.

Here are some of the best highlights of Melody Thornton’s career:

“I definitely talked about it. We kicked around the idea. I had people on my team saying, ‘Oh, I’d hate for you to miss out on a cash grab, or an opportunity.’ I don’t. I’m so sorry, I don’t want to live my life, you know, on a cash grab. And if that makes me stupid to some people, it makes me stupid.” – Melody Thornton

“It was the one time through customs that they were like, ‘Right, we’re going to search you.’ And I was like, ‘I really can’t do this right now. Like, I’m gonna be performing at the American Music Awards!’. I literally landed and was on my way to the red carpet. It was the day of the awards show.” – Melody Thornton

“I love ‘Don’t Cha’ now, for sure. It grew on me. The way that people responded to it and the way that they loved it. I definitely love it… it’s aged so well. Yeah, it’s fantastic. I’m very proud. I’m proud to have been a part of a moment in music that was like, you know, Rihanna and Beyoncé, up there with the big girls.” – Melody Thornton

“I’m not even going to lie. I look forward to the day when I can be like, ‘Cool, somebody else come in and does the wardrobe. When you’re independent, you try and get the best bang for your buck, but also want it to look the way you always envisioned that it would look… If I am the artist and creator, let me create!” – Melody Thornton

Now that you know all about Melody Thornton’s net worth and how she achieved success; let’s take a look at some of the lessons we can learn from her:

Don’t be afraid of the space between your dreams and reality. If you can dream it, you can make it so.

Don’t run away from your mistakes. Fix them, learn from them and understand what you need to do so that you never repeat them.

How much is Melody Thornton worth?

Melody Thornton’s net worth is estimated to be $4 Million.

How old is Melody Thornton?

How tall is Melody Thornton?

Melody Thornton is an American singer-songwriter.

Thornton was born in Arizona, and she is best known for being a member of The Pussycat Dolls.

Her talent was discovered at an elementary school talent show when she performed a Mariah Carey song. She joined The Pussycat Dolls in 2003.

What do you think about Melody Thornton’s net worth? Leave a comment below.