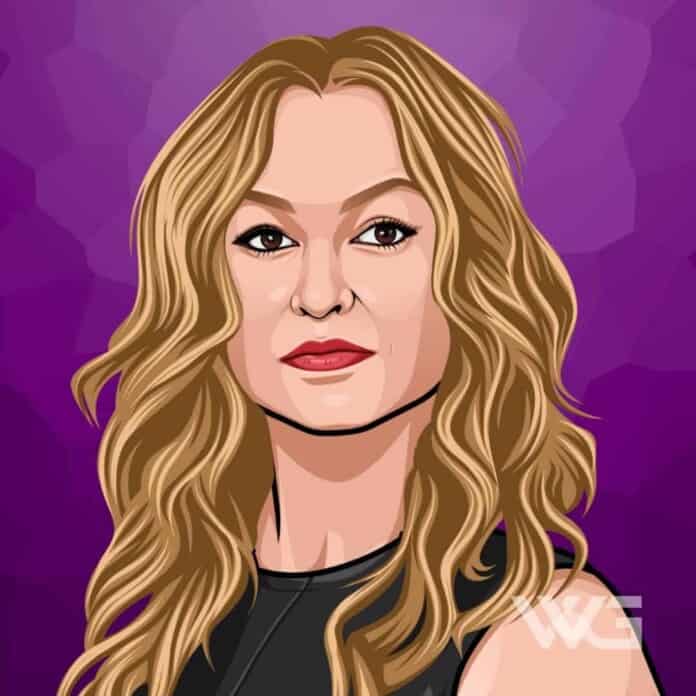 What is Drea de Matteo’s net worth?

Matteo is best known for her roles as Angie Bolen on ABC’s ‘Desperate Housewives.’ She has also been seen on ‘Joey,’ ‘Sons of Anarchy, and ‘The Sopranos.’ She received a Primetime Emmy Award for her performance in ‘The Sopranos.’ De Matteo also played Detective Tess Nazario in NBC’s ‘Shades of Blue.’

Andrea Donna de Matteo was born on the 19th of January, 1972, in Whitestone, Queens.

Her other is a playwright and playwriting teacher. Her father was a furniture manufacturer who was the owner and CEO of Avery Boardman and Carlyle. She is of Italian descent.

After Matteo graduated from the Loyola School, she earned a Bachelor of Fine Arts in film production from New York University’s Tisch School of the Arts. She additionally studied acting at the HB Studio.

De Matteo’s career took a big break when she starred in ‘The Sopranos.’ She appeared in many films, including ‘ Swordfish,’ ‘Deuces Wild,’ ‘The Perfect You,’ ‘Prey for Rock & Roll,’ and the remake of John Carpenter’s action film ‘Assault on Precinct 13.’ She had the starring role in Abel Ferrara’s ‘R Xmas.’

Between 2004 to 2006, she portrayed Joey Tribbiani’s sister Gina in ‘Joey.’ The show was canceled after two seasons. She played the role of Wendy Case in the FX original series ‘Sons of Anarchy.’ She was promoted to a series regular for the seventh and final season. De Matteo left Desperate Housewives at the season 6 finale in 2010.

She played the stepmother of Steve Wilde in the Fox comedy ‘Running Wilde.’ She co-starred as Krissi Cates in the film adaption of ‘Dark Places’ alongside Charlize Theron, Chloë Grace Moretz, and Nicholas Hoult. De Matteo and Chris Kushner began hosting a rewatch podcast of ‘The Sopranos’ in 2020.

How Does Drea de Matteo Spend Her Money?

De Matteo owns a beautiful home in Los Angeles, California. She bought the house in 2004. It comes with four bedrooms and three bathrooms.

De Matteo has helped a few charity organizations throughout her career. Some of the organizations she has supported include Cruelty-Free International and Make-A-Wish Foundation.

Here are some of the best highlights of Drea de Matteo’s career:

“The Muthaship’ was an experiment. All my friends are working at Endemol, so they just kind of pushed me into it to see if we could shoot a little web series on an iPhone – and that’s what we did: we shot it on an iPhone. So it’s so experiential and so silly.” – Drea De Matteo

“People like to see certain actors do certain things, and people like to see me play that role. I also have no interest in playing a normal girl in a romantic comedy in some cutesy thing.” – Drea De Matteo

“I swore I would never do a reality show. I’ve been offered them for years and years because our family life is a little crazy – I will admit to that. Definitely not the conventional mom or family – or anything, for that matter.” – Drea De Matteo

“It really, truly is sad when it’s over, man. To not have that regularness, that familiarity. I love working on television because of that. It’s like going to see your family every day.” – Drea De Matteo

Now that you know all about Drea de Matteo’s net worth and how she achieved success; let’s take a look at some of the lessons we can learn from her:

Happiness that won’t stand up to examination is less than worthless.

The visual stuff lives inside of you. As far as really being able to take care of an actor on a set, how to talk to an actor, and how to get what you need out of a scene.

Life’s short, have fun while it lasts.

How much is Drea de Matteo worth?

Drea de Matteo’s net worth is estimated to be $10 Million.

How old is Drea de Matteo?

How tall is Drea de Matteo?

Matteo has starred in many successful television series’, including ‘The Sopranos,’ ‘Desperate Housewives, ‘Joey,’ and ‘Sons of Anarchy.’ Matteo has also played starring and supporting roles in films such as ‘Swordfish,’ ‘Prey for Rock and Roll,’ and ‘Assault on Precinct 13’.

What do you think about Drea de Matteo’s net worth? Leave a comment below.

Rod Laver is the iconic Australian tennis player who made his fortune as the first professional tennis player to earn more than a million dollars.