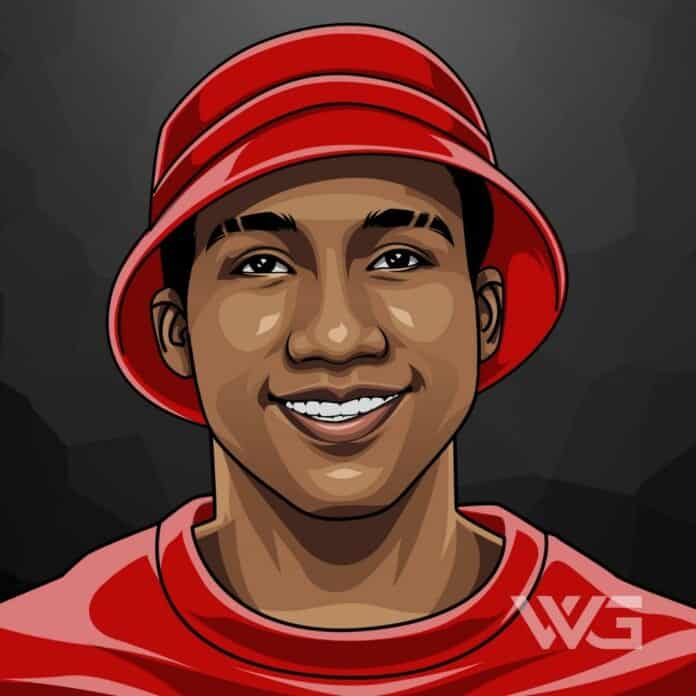 What is Hopsin’s net worth?

As of February 2023, Hopsin’s net worth is estimated to be $4 Million.

Hopsin is an American rapper, producer, actor and director from Los Angeles, California.

He was initially signed to Ruthless Records, but went on to found his own label, Funk Volume, in 2009. Over the years, he released 5 studio albums, which we’ll get into below.

Hopsin was born Marcus Hopson on the 18th July, 1985 in Los Angeles, and was raised in Panorama City, a majorly Hispanic neighborhood of LA.

He attended James Monroe High School, where he was placed into special educational classes, and was a big skateboarding fan. You can probably tell from his many music videos, in which he’s on a skateboard.

Hopsin started rapping at 16 years old, but started putting out projects in 2002, which is the year he self-released Emurge.

In 2004, Hopsin and his friends were arrested for vandalizing James Monroe High School property. It was set out to be a school prank but they were later charged and held on 20,000 bail.

Hopsin was sent to Los Angeles County Jail where he spent a year, and began to pursue a career in music after his release. He purchased a microphone, and installed FL Studio on his computer.

Hopsin credits Eminem as the rapper that initially got him interested into hip hop music.

Hopsin began releasing his very first projects in 2002, but it wasn’t until 2007 that he was signed to a label. Hopsin signed with Ruthless Records in 2007, and his debut album, “Gazing At the Moonlight” was released in 2009.

He created his own label in 2009, Funk Volume, and in 2010, he released the album ‘Raw’. One of the singles in the album gained a lot of attention, majorly because it was a diss track aimed at the likes of Lil Wayne, Rick Ross, Drake, Soulja Boy, and Lupe Fiasco.

The single was a huge success on YouTube, and racked up over 37 million views.

Aside from his rapping career, Hopsin has also dabbled in acting, with various background appearances, etc. However, nothing major as of yet.

He’s also notorious for wearing colored contacts on his eyes, which he’s said he uses to differentiate himself from other rappers.

As of February 2023, Hopsin’s net worth is estimated to be $4 Million.

Here are some of the best highlights of Hopsin’s career:

“I can guide you if you feel blind, I just need you to be willing to journey into my ILL Mind.” – Hopsin

“We need to make a change while there’s still time, it is hard, and at times I struggle trying to reveal mine.” – Hopsin

“I love rapping too, don’t get me wrong. It’s the promotional part, the business side, playing the role of a rapper and going out to appearances, that’s what becomes stressful.” – Hopsin

“You wanna succeed. You have to try or one day you’ll get older and regret it all cause you can’t provide.” – Hopsin

“I’m not gonna do business anymore with people who are not of the Hip Hop culture. That was my mistake in the past. I’m looking forward to a bright future.” – Hopsin

“I wanted to be able to say I changed somebody’s life or at least open their minds to know what is down the road.” – Hopsin

How much is Hopsin worth?

Hopsin’s net worth is estimated to be $4 Million.

How old is Hopsin?

How tall is Hopsin?

Hopsin is an American rapper, producer, actor and director, with an estimated net worth of $4 Million in 2021.

What do you think about Hopsin’s net worth? Leave a comment below.