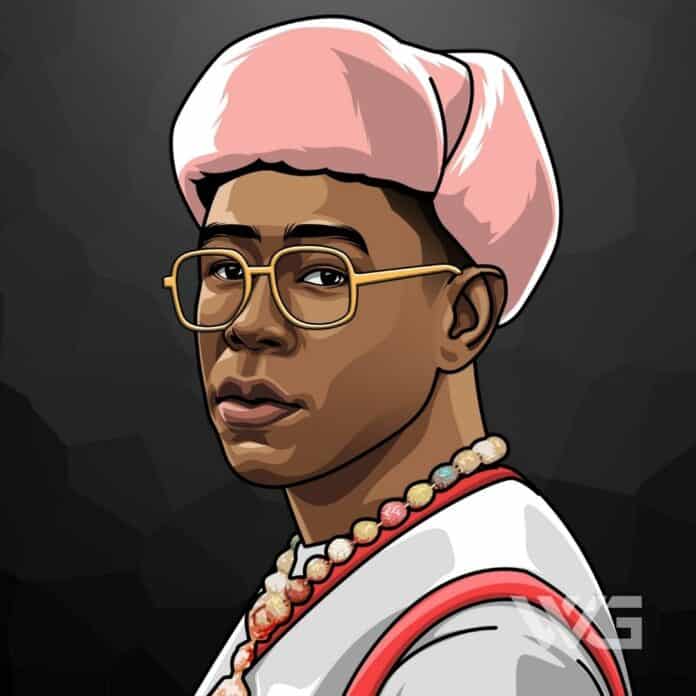 Tyler, the Creator Net Worth

What is Tyler, the Creator’s net worth?

Tyler, The Creator, is an American rapper who rose to fame after uploading some of his music to Tumblr and going viral. He has made appearances on television shows such as the ‘Mindy Project,’ ‘Jimmy Kimmel Live,’ and ‘Late Night with Jimmy Fallon.’

The artist is also known as the co-founder of the hip-hop group ‘Odd Future Wolf Gang Kill Them All.’

Tyler Gregory Okonma otherwise known as Tyler, The Creator was born in Ladera Heights, California on March 6, 1991. Having never met his father Tyler primarily grew up with his mother and his sister by his side.

During his 12 years of schooling, he attended a new school almost every year within the Los Angeles in Sacramento areas.

At age 14 Tyler decided that he wanted to learn to play an instrument and took the initiative to teach himself to play the piano, and in no time he was a very talented pianist.

He was quite shy and isolated in school and didn’t start to gain popularity until his final years of high school. Before he began his musical career, he worked a few entry-level jobs at places such as FedEx and Starbucks before he decided to pursue music.

In 2009 he released his debut mixtape titled ‘Bastard’ and quickly began to gain popularity. Soon after he signed a record deal with XL Recordings.

Shortly after this, he released his first album with the brand titled ‘Yonkers,’ and in 2010 he dropped another album called ‘Goblin.’

After that, he gained instant popularity and was asked to perform for several shows and concerts including the ‘MTV Awards,’ ‘Late Night with Jimmy Fallon’, and ‘Jimmy Kimmel Live.’

In 2011 he formed his hip-hop group called ‘Odd Future Wolf Gang Kill Them All’ or ‘Odd Future’ for short with Matt Martians, Left Brain, Hodgy, Pyramid Vritra, and Jasper Dolphin along with a few others who have since joined.

A year later, the group launched a television series for ‘adult swim’ which was a live-action comedy series that ran for 31 episodes.

In 2015 Tyler announce the release of his third album ‘Cherry Bomb’ and later released singles from the album on Odd Future’s YouTube channel. The album featured artists such as Kanye West, Schoolboy Q, and Lil Wayne.

Here are some of the best highlights of Tyler, the Creator’s career:

Favorite Quotes from Tyler, the Creator

“I think I’m cool. That’s all that matters.” – Tyler, the Creator

“Youth is something I never wanna take for granted. I just want to smile and live life.” – Tyler, the Creator

“I’m not a follower. I’m a leader. And anyone who speaks their mind is always criticised.” – Tyler, the Creator

3 Rules for Success from Tyler, the Creator

Now you know all about Tyler, the Creator’s net worth, and how he achieved success; let’s take a look at some of the success lessons we can learn from him:

Learning to forgive ourselves and to be at peace with our everyday choices is genuinely gratifying.

2. Value every moment of your life

Every moment in life, the good and the bad should be appreciated. Every moment lived is a lesson and a chance to create something new.

We are not meant to be followers. There are enough followers in this world, being a leader is where the real challenge is.

How much is Tyler, the Creator worth?

Tyler, the Creator’s net worth is estimated to be $16 Million.

How old is Tyler, the Creator?

How tall is Tyler, the Creator?

Tyler, The Creator, is a famous rapper and record producer that is primarily known for his musical group ‘Odd Future.’ Since the beginning of his career, he has had the opportunity to collaborate with some of the biggest names in the hip-hop music industry.

What do you think about Tyler, the Creator’s net worth? Leave a comment below.

What is Emily Fernandez's net worth? Introduction  As of ,...