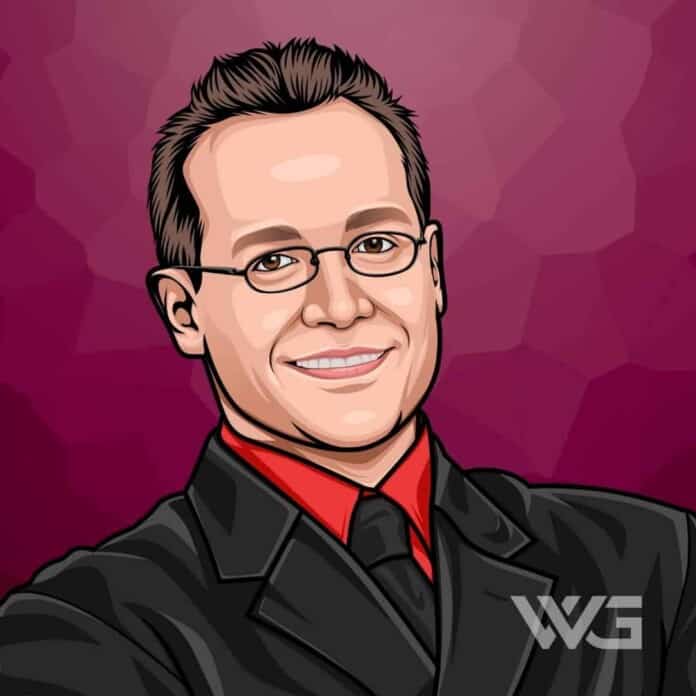 What is Joey Styles’ net worth?

Joey Styles’ net worth is one of the highest in the world of professional wrestling announcing, and he has earned his wealth throughout his career with Extreme Championship Wrestling and World Wrestling Entertainment.

While he retired in 2016, Styles had been a staple in the wrestling community since 1992, and it’s hard to understate the impact that he had on the wrestling industry.

As of December 2022, Joey Styles’ net worth is estimated to be $9 Million.

When he was in middle school, his family moved from The Bronx to Connecticut, a state where he still lives.

After graduating high school, Joey chose Hofstra University over other schools in the area due to its strong communications program that featured its own TV and radio stations.

He also liked the fact that the Long Island campus was near the offices of Pro Wrestling Illustrated, where he wanted to intern.

Fortunately for Styles, he ended up getting the internship, which eventually allowed him to get backstage at a World Championship Wrestling match, where he connected with his future employer, Paul Heyman.

When he started his announcing career, he changed his name from Joseph Bonsignore to Joey Styles because he thought it sounded catchier, and he has since filed a trademark on his name, which he renewed in 2021.

Joey Styles began working with the North American Wrestling Alliance while he was still at Hofstra University, balancing his classes with his announcing gigs.

He would often take over for former WWE announcer Craig DeGeorge or join DeGeorge as a two-man commentary team.

During this time, he also hosted NAWA Superstar Stats, a segment that aired on Sports channel America, where he would talk about the wrestlers and their specific accomplishments.

From 1993 to 2001, Styles worked in Extreme Championship Wrestling, for which he is most known, and he debuted at the Super Summer Sizzler Spectacular that took place in Philadelphia.

After ECW, Styles went to Xtreme Pro Wrestling but ended up quitting after only one show, taking a sabbatical until 2002.

While he started calling for MLW’s home videos, he quickly transitioned to a television pact with Sun Sports, hosting weekly matches for the MLW Underground series.

Coming off of this success, Joey signed a five-year contract with the WWE to become the official play-by-play lead announcer for Raw.

As the Vice President, Styles remained in his role until 2010, when his contract ran out, but he stayed on as a non-contracted employee, continuing his hosting duties on the “History of ECW,” which aired on WWE Classics On Demand.

After being released from the WWE, Styles moved onto the independent circuit in 2016, providing commentary for the 2016 King of Trios tournament.

However, despite his storied career and impressive wrestling knowledge, Styles slipped up at Evolve’s Evolve 72 event, where he made a Donald Trump-themed joke at the expense of announcer Joanna Rose, stating that Trump would like to “grab her by the…”, though he didn’t finish the sentence.

While Evolve apologized for his comment, the WWE fired him, and Styles retired from professional wrestling.

While he isn’t one of the richest athletes in the world, as an announcer and legend of professional wrestling, Joey Styles has secured a healthy net worth over the course of his lengthy career.

With 53 credits under his belt, including numerous wrestling videos, TV series, and video games, Styles’ net worth has only continued to grow, despite his departure from announcing.

Today, he continues building upon his wealth as the Manager of Employer Solutions at pharmaceutical prescription pricing company Capital Rx.

Not much is known about Joey Styles’s personal life after he left the spotlight of pro wrestling, but it is known that he still resides in Connecticut with his wife, Janice.

It is unlikely that Joey will ever make a return to the world of professional wrestling, but it would be interesting to see him return to host some matches between the richest wrestlers in the world with his unique snarky style.

Joey Styles has hit many milestones in his lengthy career, and some stand out more than others.

While he may not have a lot of awards, he certainly has enjoyed a lot of high honors that many other announcers haven’t.

Here are some highlights from Joey Styles’ career:

As an announcer, Joey Styles was known for his snarky remarks and quick humor.

While he never said anything as motivational as the greatest sports quotes by famous athletes, he had some particular catchphrases that made him stand out from all other announcers in the industry.

Here are our favorite quotes from Joey Styles:

Now that you know all about Joey Styles’ net worth and impressive career, we can take a look at what his great life and legacy can teach us.

Here are some of the best success lessons to learn from Joey Styles:

Joey Styles got his start in college, which he chose due to its close proximity to where he wished to intern.

It is very likely that, had he chosen to attend college anywhere else, he would have missed his opportunity to become the great announcer we know him as.

While you won’t always be able to chase down opportunities like this, it’s important to always keep an eye out for how you can get ahead.

Joey Styles is definitely not afraid of speaking up and being loud when the situation calls for it.

In order to be successful, it’s important to be able to speak up and advocate for yourself.

If you never put yourself out there, you risk fading into the background and being passed up for opportunities that you would otherwise be perfect for.

As an announcer, Styles didn’t sugarcoat his snarky sense of humor, and it earned him an impressive fan base and a hefty net worth.

To be as successful as possible, you should find the things you excel at naturally and work to master them so that you can stand out from the competition.

Joey Styles is a legendary American professional wrestling commentator whose large net worth proves just how great his career was.

While he may no longer be calling matches, Styles has left a lasting mark on the wrestling industry and is living luxuriously with all the money he has made.

As of December 2022, Joey Styles’ net worth is estimated to be $9 Million.

What do you think about Joey Styles’ net worth? Leave a comment below.