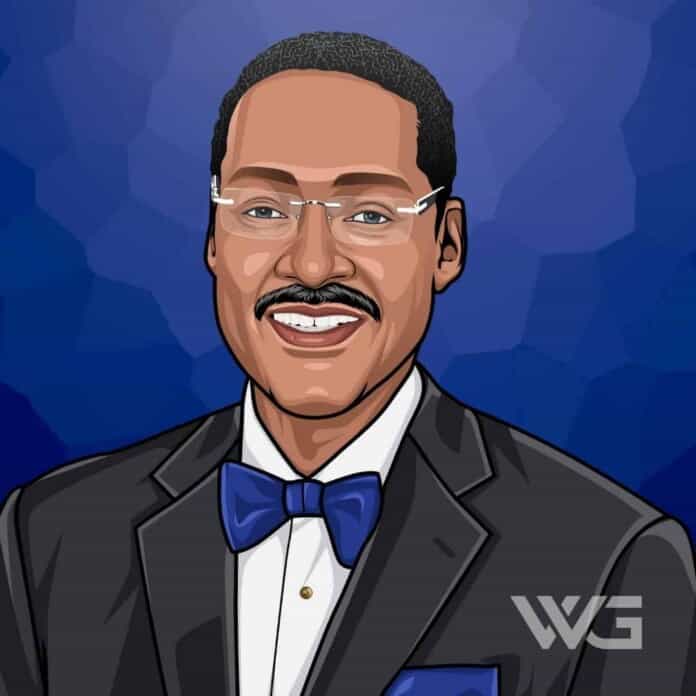 What is Junior Bridgeman’s net worth?

Junior Bridgeman has enjoyed an incredibly profitable career as a basketball player and business owner.

Now one of the wealthiest former athletes in the world, Bridgeman enjoys a life filled with luxury as the current owner of Ebony and Jet magazines.

As of November 2022, Junior Bridgeman’s net worth is estimated to be $600 Million.

Ulysses Lee “Junior” Bridgeman was born in East Chicago, Indiana, in 1953 and, growing up, played on the Washington High School Senators basketball team, which was undefeated at the time and went on to win the Indiana State Championship.

In college, Bridgeman played for the University of Louisville and was the Missouri Valley Conference Player of the Year in 1974 and 1975.

As a senior, he led the Cardinals to the final game of the 1975 NCAA Division I Basketball Tournament but lost to UCLA.

Throughout his collegiate career, he averaged 15.5 points, 7.6 rebounds, and 2.7 assists per game in the 87 games played.

Bridgeman’s professional basketball career started with the 1975 NBA draft when he was the #8 pick to join the Los Angeles Lakers in the first round.

However, just three weeks later, the Lakers traded him, along with David Meyers, Brian Winters, and Elmore Smith, to the Milwaukee Bucks for Kareem Abdul-Jabbar and Walt Wesley.

Under the guidance of coach Don Nelson, Bridgeman improved even more, and by 1976, he scored a career-high 41 points in a 129-125 loss to Boston.

However, after nine consecutive seasons with the Bucks, Bridgeman was eventually traded to the Los Angeles Clippers. He spent two seasons before returning to Milwaukee.

In his 12 years as a professional basketball player, he played more games for the Bucks than anyone else in franchise history and scored an incredible 11,517 points.

Bridgeman was a sixth man for most of his career, averaging double figures in scoring for nine consecutive seasons, and it was speculated that he would have been awarded the NBA Sixth Man of the Year Award multiple times had it been created before the 1982-83 season.

Overall, Bridgeman played 849 games total and served as the president of the Nation Basketball Players Association from 1985 to 1988.

Due to his smart investments in the restaurant industry, Bridgeman has risen to become exceptionally wealthy.

Junior Bridgeman has been married to Doris Griffith since 1975, and the couple has three children, Ryan, Eden, and Justin Bridgeman.

Due to his remarkable career, Junior Bridgeman has been honored with many awards and accolades.

Here are some highlights from Junior Bridgeman’s career:

How Does Junior Bridgeman Spend His Money?

While he’s not the owner of one of the most expensive penthouses in the world and keeps his personal life under wraps, we can assume he lives quite comfortably.

It appears that a majority of his money appears to go towards maintaining his business ventures and investments that he makes to keep his net worth growing.

If any information about his home, cars, or other luxurious purchases crops up, we will be sure to keep you updated!

Junior Bridgeman has reached a lot of impressive milestones throughout his career.

Here are some of the best highlights of Junior Bridgeman’s career:

While he may be most known for his moves on the court, Bridgeman has a lot of wise words to share.

Here are our favorite quotes from Junior Bridgeman:

Now that you know all about Junior Bridgeman’s net worth, we can look deeper at what this former basketball player and successful businessman can teach us about reaching our own goals.

Here are some of the best success lessons to learn from Junior Bridgeman:

The main secret to achieving something like Junior Bridgeman’s net worth is investing wisely.

This doesn’t mean throwing all your money into the most expensive stocks in the world, but rather investing small amounts and letting them build where you can.

Investments like this can be immeasurably beneficial and give you the ability to build your wealth over time as you climb the ladder of success.

If you’re not enthusiastic about what you’re doing, it will show and impair your ability to succeed.

While it’s normal not to be over the moon all the time, finding a silver lining and something to be passionate about in everything you do will make you more successful overall and much more motivated.

No matter what your goals are, you have to be committed in order to achieve them.

If you’re willing to put in the hard work and dedication, even when things look bleak, you’ll be much more likely to succeed in your goals.

Junior Bridgeman was an impressive basketball player, but his business ventures are by and large what has made him as successful as he is today.

His net worth will likely continue to grow as his businesses do, so check back for updates!

As of November 2022, Junior Bridgeman’s net worth is estimated to be $600 Million.

What do you think about Junior Bridgeman’s net worth? Leave a comment below.