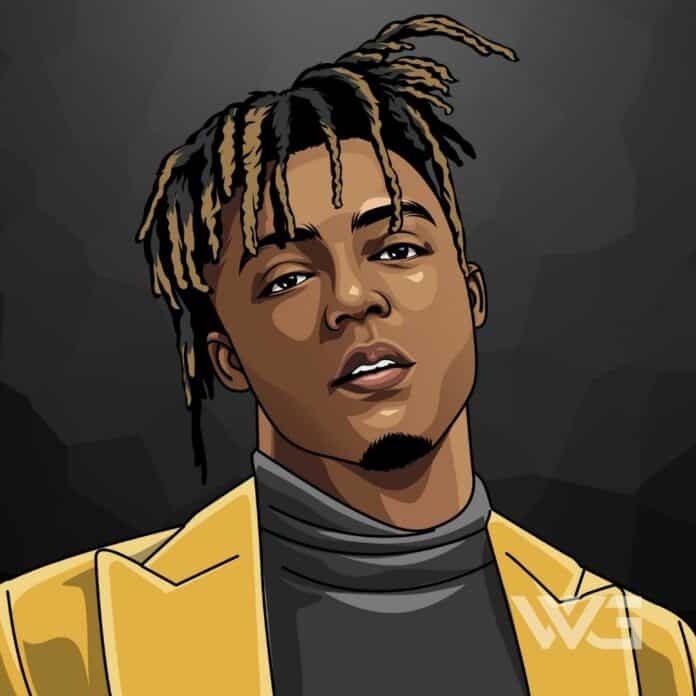 What was Juice Wrld’s net worth?

At his time of death, Juice Wrld’s net worth was roughly $4 Million.

Jarad Higgins, better known as “Juice Wrld”, was an American rapper, songwriter, and singer from Chicago.

Higgins was mostly known for his breakout hits ‘Lucid Dreams’, ‘Legends’ and ‘All Girls Are The Same’. His music has been described as “genre-bending”.

Juice Wrld, unfortunately, passed away on the 8th December 2019, at the ripe age of 21. It was only 6 days after his 21st birthday when he died after suffering from a seizure at Chicago’s airport.

Jarad Higgins was born in Chicago, Illinois on the 2nd of December, 1998.

Higgins’ parents divorced when he was 3 years old. His parents were very religious and conservative during his childhood which meant that he couldn’t listen to hip-hop music.

Higgins attended Homewood-Flossmoor High School and he began drinking at a very early age. He was also a heavy drug user during his childhood and teens.

Juice Wrld started to develop himself as an artist in his freshman year in high school. His first track ‘Forever’ was released on SoundCloud in 2015 which became a huge hit.

Juice Wrld later changed his stage name from JuicetheKidd to Juice Wrld because it “represents taking over the world”. His debut track was produced by his current producer Nick Mira.

While dropping projects and songs on SoundCloud, Juice Wrld began to work in a factory but was later fired within two weeks after finding himself dissatisfied with the job.

Juice Wrld released his debut album in June 2017 with the song ‘Lucid Dreams’ which became his biggest hit.

In December 2017, he dropped the three-song EP ‘Nothings Different’ which was featured on many numerous hip-hop blogs such as Lyrical Lemonade.

In May 2018 ‘Lucid Dreams’ was officially released as a single and given a video. He dropped his first studio album ‘Goodbye & Good Riddance on May 23, 2018.

The song ‘Legends’ from that EP charted under its debut at number 65. Juice Wrld was featured on Travis Scott’s ‘Astroworld’ featuring on the song ‘No Bystanders’; which debuted at number 31 on the Billboard Hot 100.

He also had his first late-night television debut performing the song ‘Lucid Dreams’ on Jimmy Kimmel Live! on August 8, 2018.

Here are some of the best highlights of Juice Wrld’s career:

“When you got sleep paralysis, you see things that possibly are there, or they aren’t there, you see shadows. Some people have an old lady that sits on their chest. They call it “The Old Hag” and it’s weird, ‘cause like a hundred million people probably have sleep paralysis and a lot of them see the same old lady sitting on their chest.” – Juice Wrld

“It’s to the point where I love and I hate you”–that’s one of the craziest things, I feel like a lot more people go through it than people think. ‘Cause I mean, you could be attached to somebody that’s no good, and you can’t help your feeling at the end of the day.” – Juice Wrld

“That’s a false statement, I’ve come to find out. I feel like maybe in TV it’s somewhat real. Cause you know how in the movies where the high school bully girls. They are all like, dumb blondes. Everybody be trying to get with them at school, and they are like, “Get the fuck out my face,” you know what I’m saying? But I think in real life, that’s not necessarily true.” – Juice Wrld

Juice Wrld was one of the younger successful rappers in the industry. He was far too young and far too talented to already be leaving this life. No doubt he’ll be remembered, and his music will live on.

At his time of death in 2019, Juice Wrld’s net worth was estimated to be roughly $4 Million.

What do you think about Juice Wrld’s net worth? Leave a comment below.