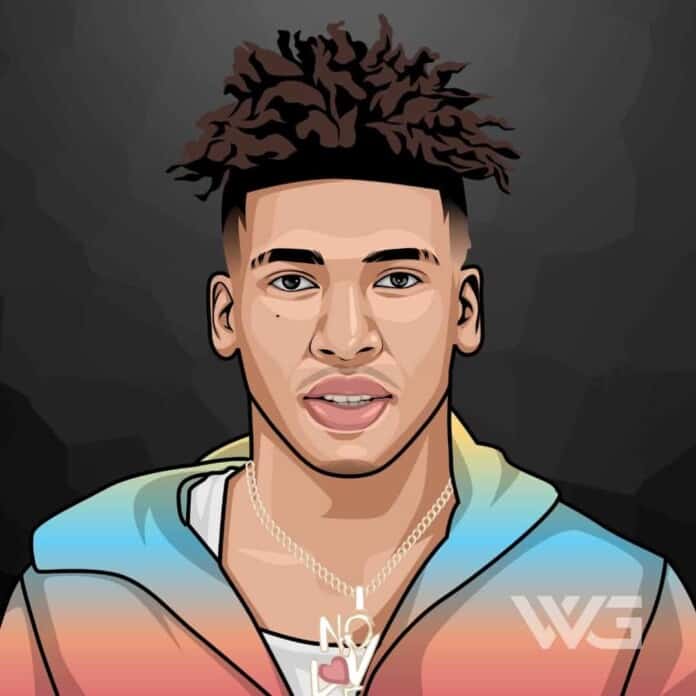 What is NLE Choppa’s net worth?

NLE Choppa is an American rapper and songwriter based in Memphis, Tennessee. He is best known for his 2019 breakout single “Shotta Flow”, which was certified platinum by the RIAA.

Bryson Potts was born on the 1st of November, 2002, in Memphis, Tennessee.

He grew up in Memphis and went to ‘Cordova High School.’ In his childhood he was interested in playing basketball, however, he could not focus on basketball as he often got himself into trouble.

At the age of 14, he started rapping along with his friends. After turning 15, he released his debut song ‘No Love Anthem’ under the stage name ‘YNR Choppa’.

NLE Choppa released his breakout single ‘Shotta Flow’ in January 2019. Within two weeks of its release on YouTube, the song collected more than 300,000 views. It then went on to gather 10 million views within a month.

In February 2019, he came up with a sequel titled ‘Shotta Flow Pt. 2’ which gathered 20 million views within two months on YouTube. Choppa’s success sparked a bidding war between top recording labels.

In the same month, he made his music festival debut when he performed at the ‘Beale Street Music Festival.’ His performance received positive reviews from critics with Bob Mehr predicting ‘more memorable Memphis moments’ in his career.

Here are some of the best highlights of NLE Choppa’s career:

“Really in my music, you ain’t going to learn too much, but just how to do violence. But if you’re talking to me, you just learn from me that being yourself is the best way to be. Be you. You ain’t got to the front for nobody, the cap for nobody, none of that. Be yourself. It’ll take you far.” – NLE Choppa

“Whatever is out of the element that I don’t do is a no for me. I’m not going to let anybody force me to do anything, I ain’t going to look at no money to do it. That ain’t me. I don’t care how much you paying me, or what you say. None of that.” – NLE Choppa

“Before it happened. When I looked at the video that they recorded, I’m like, “Man this is crazy. This is like the exact same vision I had, like in a dream I kept having, that I chase,” you know what I’m saying? I pretty much envisioned all this, for sure.” – NLE Choppa

Now that you know all about NLE Choppa’s net worth, and how he achieved success; let’s take a look at some of the best lessons we can learn from him:

Accept responsibility for your life. Know that it is you who will get you where you want to go, no one else.

The great pleasure in life is doing what people say you cannot do.

3. Hold Your Feet On The Ground

Keep your eyes on the stars and your feet on the ground.

How much is NLE Choppa worth?

NLE Choppa’s net worth is estimated to be $3 Million.

How old is NLE Choppa?

How tall is NLE Choppa?

Choppa is best known for his 2019 single ‘Shotta Flow’ which went viral on the internet. The music video of the song gathered more than 15 million views in just six weeks from the day of its release on YouTube.

As of January 2023, NLE Choppa’s net worth is estimated to be roughly $3 Million.

What do you think about NLE Choppa’s net worth? Leave a comment below.