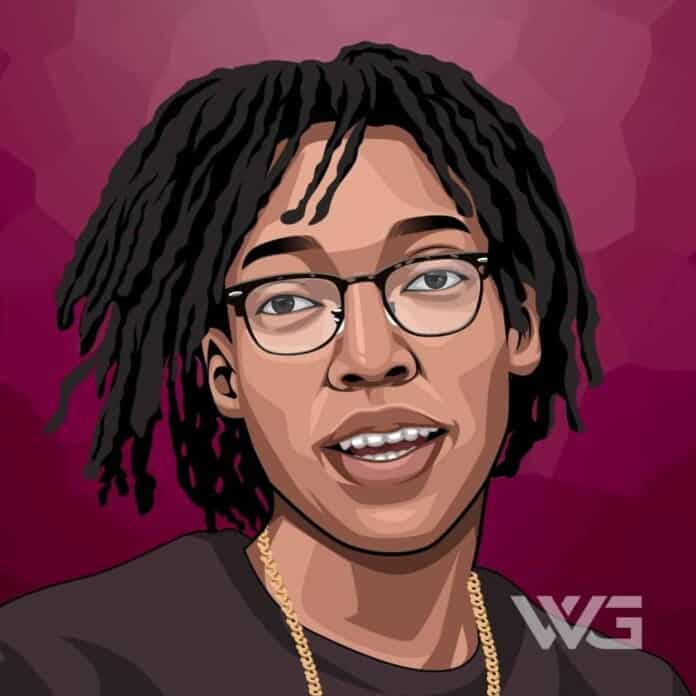 What is Lil Tecca’s net worth?

As of December 2022, Lil Tecca’s net worth is estimated to be roughly $3 Million.

Lil Tecca is an American rapper, singer, and songwriter from New York.

Tecca gained recognition upon releasing his breakout single, “Ransom”, which has amassed over 400 million plays on Spotify and peaked at number four on the Billboard Hot 100.

Tyler-Justin Anthony Sharpe was born on the 26th of August, 2002, in the Queens area of New York City. He was raised in the Springfield Gardens neighborhood of Queens, but he would later relocate to the Lawrence area of Long Island.

He is of Jamaican ancestry, and his parents are both Jamaican migrants. From a young age, Sharpe had aspirations of being in the NBA, but at around 12, he turned his attention towards pursuing a career in music.

When Lil Tecca was 9 years old, he catered to his interest in music by rapping with his friends over his mic on Xbox.

They would make diss tracks directed towards each other, one of which was uploaded to SoundCloud years ago, but has since been taken down.

However, in his middle school years, he lost interest in basketball and considered taking music more seriously.

Tecca said in an interview with YouTube channel Cufboys that he got his stage name from an acquaintance on Instagram who was named Tecca, and she called him “Lil Tecca” because her name was already Tecca on Instagram.

His first track to gain some popularity, ‘tectri’, was made in collaboration with his friend, Lil Gummybear, and was released in early 2017.

Just a year later, Tecca’s career began to take off with his hit single, “Ransom”, which peaked at number 4 on the Billboard Hot 100 chart and received over 300 million plays on Spotify and over 100 million views on YouTube.

In 2019, Tecca released his debut mixtape, titled We Love You Tecca. The mixtape peaked at number 4 on the US Billboard 200.

Here are some of the best highlights of Lil Tecca’s career:

“My process of making songs is really like a one-two type of thing. I can go days without making music, and then come back to the studio and get right back into the zone.” – Lil Tecca

“I’m just me. However, the people perceive me; it’s on them. I’m just being me and putting it out there. I can’t look at what someone else does and go, ‘Oh, I do this different, I created this, this is my style.’ No, [my music] is my style, and however, the people want to look at it, they can look at it.” – Lil Tecca

Now that you know all about Lil Tecca’s net worth, and how he achieved success; let’s take a look at some of the lessons we can learn from him:

One must learn whatever there is to be learned; but at the same time, you must not allow yourself to become so deeply invested in matters outside your control.

Do not force yourself to be at a place where you do not belong to.

The more that we lose faith in life, the more life will test us to see if we can lock in and realize that we are the ones with everything.

How much is Lil Tecca worth?

Lil Tecca’s net worth is estimated to be $3 Million.

How old is Lil Tecca?

How tall is Lil Tecca?

Lil Tecca is an American rapper, singer, and songwriter who began rapping with his friends over his mic on Xbox at nine years old.

What do you think about Lil Tecca’s net worth? Leave a comment below.