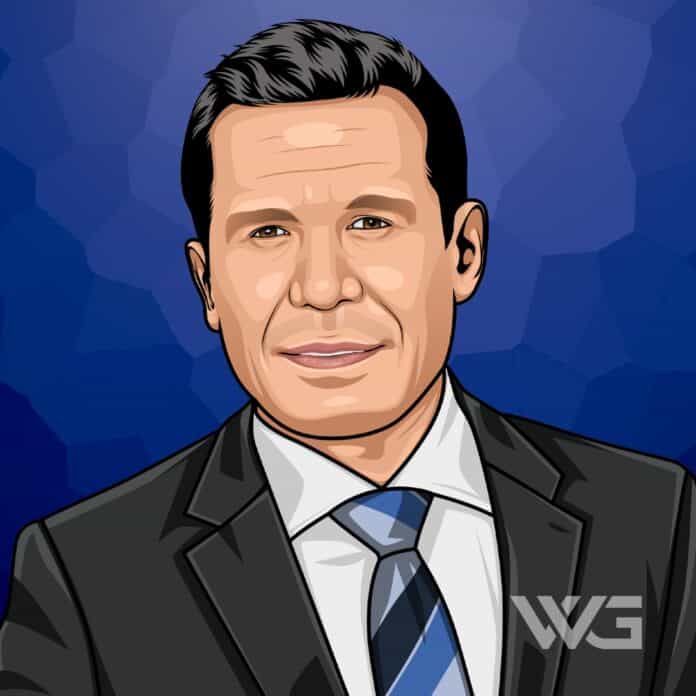 What is Julio Cesar Chavez’s net worth?

Julio Cesar Chavez was the world lightweight champion and, for many years, one of Mexico’s most popular sports figures.

Throughout his 25-year career as an active boxer, he captivated an entire generation of fans both in and out of the ring.

He is widely regarded as the greatest Mexican boxer of all time, having won six world titles in three weight categories.

As of January 2023, Julio Cesar Chavez’s net worth is estimated to be $10 Million.

His mother and father were extremely poor, with the family living in an abandoned railroad car due to his father’s job with the railroad company.

Julio has five sisters and four brothers, and with very little experience, he decided to use boxing to help provide for his battling family.

With Julio’s win in his first match, he caught the attention of the fans and the boxing promoters and progressed quickly through the ranks. He won his first championship title after defeating Mario Martinez in 1984, at the Grand Olympic Auditorium.

Julio successfully defended his WBC Super Featherweight title nine times in a row, moving up to the lightweight division. In his first match against Edwin Rosario in 1987, he successfully dispatched the challenger in a brutal encounter that left Rosario devastated.

Julio then won the WBC Light Welterweight title before receiving his first career loss to the American, Frankie Randall, by split decision.

One of the most memorable moments of his career was in the legendary fight against Meldrick Taylor in 1990, where he was able to defeat the former Olympic medalist.

This fight was so good that it was named the Fight of the Year and Fight of the Decade during the 1990s. Due to his unbelievable achievements, Julio visited President Carlos Salinas de Gortari after defeating Hector Camacho in 1992.

Julio once again made an impression with his record-breaking match against Greg Haugen, which broke the Guinness World record for having the most fans at a boxing event.

Unfortunately, after many years of success, Julio suffered his first career loss in 13 years and after a few more fights, Julio decided to retire from boxing in 2005.

Since then, he has made appearances as a commentator for various boxing events around the world and is remembered as one of the boxing greats.

Fighters like Floyd Mayweather, Freddie Roach, Miguel Cotto, and David Diaz have tried to beat Julio’s records, but to date, they are still far behind him.

Julio Chavez is ranked as one of the greatest boxers of all time for his impressive 20-year reign as a world title holder in 3 different weight classes.

In that time, he earned millions for each fight and became incredibly wealthy and able to help his family. From earning $30,000 for his first title fight to earning $100,000 for his fight against Roger Mayweather, Julio progressed quickly up the earnings ladder.

He joins Saul ‘Canelo’ Alvarez, Juan Manuel Marquez ,and Andy Ruiz Jr. as one of the most respected and talented fighters to come out of Mexico.

Julio entered the 1990s, earning $3 million and $5 million respectively in his fights against Greg Haugen and Pernell Whitaker.

Chavez’s highest earning fight was against Oscar de la Hoya when he earned $9 million guaranteed plus an additional $6 million or 35% of the pay-per-view revenue.

He later fought for lesser purses but he had made his money and retired after a couple of $1 million paydays.

In the course of his career, Julio Cesar Chavez earned more than $50 million and was one of the highest-paid boxers of his era.

Julio Cesar Chavez’s net worth in 2022 is estimated at $15 million, but accurate figures are impossible to calculate.

He started his career to earn enough to help feed, clothe and educate his family, only to end up one of the most celebrated boxers of his generation.

Were he to be fighting today, Julio would undoubtedly make the list of richest boxers in the world, with the huge prize money on offer.

Julio was first married to Amalia Carrasco Chavez and went on to have two sons, Omar Chavez and Julio Cesar Chavez Jr.

The couple’s relationship deteriorated and they decided to get divorced and go their separate ways.

After some time, Julio found love and companionship, marrying his current wife, Myriam Chavez, and ended up having a daughter named Nicole Chavez.

Following his retirement, Julio took up commentating and has worked with his son, who is also a professional boxer.

You can find out what Julio is up to by following his official Instagram account where he posts photos and details of what he is getting up to now.

Julio Chavez is one of the most accomplished and decorated boxers to come out of Mexico.

He held world titles in three different weight divisions and was virtually untouchable for well over a decade.

Here are some of the more memorable moments from Julio Cesar Chavez’s career:

Julio’s talent as a boxer is recognized throughout the world and young boxers emulate his style and movement to this day.

He was so entertaining to watch that his fights were often sold out and his 1993 title defense against Greg Haugen was no exception.

How Does Julio Cesar Chavez Spend His Money?

Julio is known for his selfless support of various charities, from generous donations to promoting them through his line of work, he is a dedicated philanthropist.

He looked after his family by purchasing multiple houses when he was younger and was a great lover of sports cars.

Julio bought and sold some of the most expensive cars in the world as well as multiple sports cars. To this day, he has a classic car collection worth millions, located in Sinaloa, Mexico.

Julio Chavez’s fight record is one of the best in boxing history, with a record of 27 title defenses over two decades in the ring.

Here are some of the best highlights of Julio Cesar Chavez’s career:

Julio didn’t only fight for money, but also charity events and exhibition matches.

He came from a poverty-stricken background to fight against the best boxers in the world, even beating Olympic gold medalists.

Julio knew that if he didn’t win then his family might not eat, and that aggressive, driving approach was perfectly suited to the Mexican style of boxing.

But he was not only fighting for his family because, later, he also found himself fighting for the heart of Mexico.

Here are our favorite quotes from Julio Cesar Chavez:

Boxing is a sport that very quickly reveals the type of person you are and whether you have the heart for it.

Julio Chavez proved over and over again that not only did he have the heart of a lion, but that he had staying power as well.

1. Always Be Honorable In Everything You Do

Julio had a lot of responsibility on his shoulders, first for his family and then for his representation of his country.

His honor and pride were at stake and he never let his country or his family down throughout his entire career.

2. You’re Never Too Old To Do What You Love

Julio has aged far beyond the normal age for boxers but stated that he would enter the ring if need be, even today at 60 years old.

He feels that if you find something you love, you are never too old to participate and achieve your goals.

3. Fight For Those You Love

Julio has fought countless times to help his family, it being his prime motivator when he turned professional.

Not only did he start his boxing career to provide for his poor family, but also opened a career path for his son to follow in his footsteps.

There is no argument that Julio is one of the greatest boxers of all time and has become a legend in boxing history.

Winning many awards and accomplishing his life goals, Julio is an inspiration to athletes everywhere, especially in his home country of Mexico.

As of January 2023, Julio Cesar Chavez’s net worth is estimated to be $10 Million.

What do you think about Julio Cesar Chavez’s net worth? Leave a comment below.