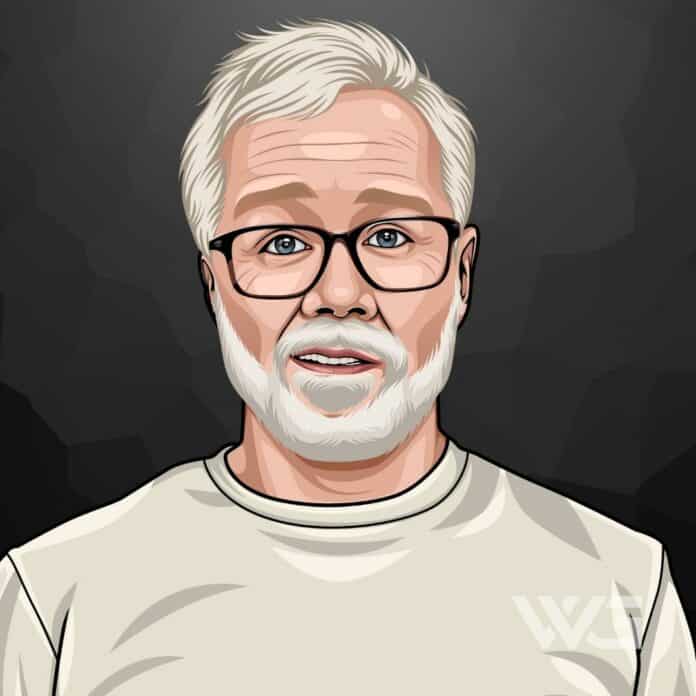 What is Freddie Roach’s net worth?

Freddie Roach is an American former professional boxer and boxing trainer who has worked with some of the world’s most successful boxers.

His collaborations have also seen him training MMA fighters and working with A-list celebrities and actors to help them get in shape for their roles.

As of November 2022, Freddie Roach’s net worth is estimated to be $20 Million.

Frederick Steven Roach was born March 5, 1960, in Dedham, Massachusetts, and was trained as a boxer along with his brothers Joey and Pepper by his father, Paul Roach.

Throughout his youth, Freddie Roach was involved in many street fights, claiming to have once bitten a man’s eye out in self-defense.

During his teenage years, he dominated the AAU and New England amateur ranks, fighting as a lightweight before becoming a professional boxer in 1978.

In the late 1970s, Freddie Roach won his first ten bouts while training under Eddie Futch, competing in the regional championships alongside his brothers.

Despite showing early signs of Parkinson’s disease, Roach continued to fight professionally until several losses led him to hang up his gloves and make the transition to coaching.

As a trainer, Roach worked with some of the richest boxers in the world, following a brief spell working in Hollywood with actor Mickey Rourke.

He established the Wild Card boxing club in Los Angeles, where he trained Manny Pacquiao and other leading fighters.

Outside of professional boxing, Freddie Roach has worked with some of the richest actors in the world, notably training Mark Wahlberg for his role in The Fighter.

Freddie Roach enjoyed a successful, if brief, career as a professional boxer, although much of his career earnings have come through his coaching work.

Representing some of the most successful boxers of his generation, he’s established a reputation as a world-class trainer deserving of his high salary.

Additional training with the richest MMA fighters in the world, such as Tito Ortiz and BJ Penn, ensures his career earnings will continue to grow along with his reputation.

Freddie Roach’s net worth has experienced growth from early in his career, with his work in Hollywood raising his profile and leading to contracts with top-tier boxers.

This growth saw its biggest leap during the 2000s when Roach helped a number of boxers enter the ranks of world champions and take home enormous fight purses.

Roach’s coaching activities have subsided in recent years, although sound business ventures and other investments should help him to maintain a healthy net worth in the years to come.

Freddie Roach has dealt with Parkinson’s disease since he was in his 20s, taking regular medication and injections to deal with the illness.

He’s a committed advocate for the benefits of regular exercise and training, believing his routine has helped him to suppress the worst aspects of the disease.

Through his official Instagram account, Roach shares regular photographs from his gym as he trains the next generation of fighters.

With many championship titles credited to his training and coaching, Freddie Roach has earned many awards and accolades in his career.

He’s crafted some of the richest athletes in the world, and the leading industry awards institutions have recognized his work on several occasions.

Here are some of the notable awards and honors from Freddie Roach’s career:

It’s an impressive list of accomplishments that only the best boxing trainers have been able to match.

How Does Freddie Roach Spend His Money?

With his lifestyle linked to some of the most successful sportsmen in history, Roach has been close to the world’s rich and famous.

Along with Manny Pacquiao, he’s known to have entered Las Vegas in an entourage featuring some of the most expensive cars in the world, with 100 vehicles in their convoy.

He resides in Los Angeles but prefers to keep the details of his residence out of the public eye and maintain a private life with his family.

Freddie Roach’s career features many high points and successes, whether in the early years of his boxing career or working as a boxing trainer around the world.

His unique training style has created world-champion boxers capable of breaking records and redefining the nature of fighting.

Here are some of the best highlights of Freddie Roach’s career:

Roach’s career may have peaked in the 2000s, but his ongoing coaching means he shouldn’t be ruled out for future success.

With his expertise as a world-class boxing trainer working with some of the greatest fighters of all time, Freddie Roach has plenty to say about the sport.

He’s openly discussed his approach to training and shared many insights into the techniques that have led to victory in the ring.

Here are our favorite quotes from Freddie Roach:

Now that you know all about Freddie Roach’s net worth, we’ll take a closer look at how his coaching style can help us improve our lives.

His unique insights offer us a route to becoming more disciplined and effective, regardless of what we hope to achieve.

Here are some of the best success lessons to learn from Freddie Roach:

1. Don’t Let Illness Put You Off Achieving Your Goals

During the early years of his professional boxing career, Roach was advised to hang up his gloves on many occasions but stuck with fighting for some time.

Poor health is often an obstacle to success, but it can be overcome with hard work and dedication.

Following his retirement from boxing, Roach switched to coaching to take what he’d learned and help others to be the best they could be.

If you have a talent for something, share your insights and wisdom with others so they might gain from your experiences.

3. Don’t Be Afraid To Try Something New

Freddie Roach could easily have stuck exclusively to boxing, but he understood how his learned techniques could be applied to other domains.

His transition to MMA allowed him to branch out and work with other star athletes he’d otherwise have missed out on.

So there you have it, our comprehensive guide to the early life, boxing career, and coaching success of Freddie Roach.

His successful run of victories with world-class fighters helped Roach forge a reputation as one of the best coaches in the world.

With Roach’s L.A. gym still operational, his net worth is likely to grow in the coming years, so be sure to check back on this article for the latest details.

As of November 2022, Freddie Roach’s net worth is estimated to be $20 Million.

What do you think about Freddie Roach’s net worth? Leave a comment below.

What is Jake Gyllenhaal's net worth? Introduction  As of ,...

What is Paget Brewster's net worth? Introduction As of ,...