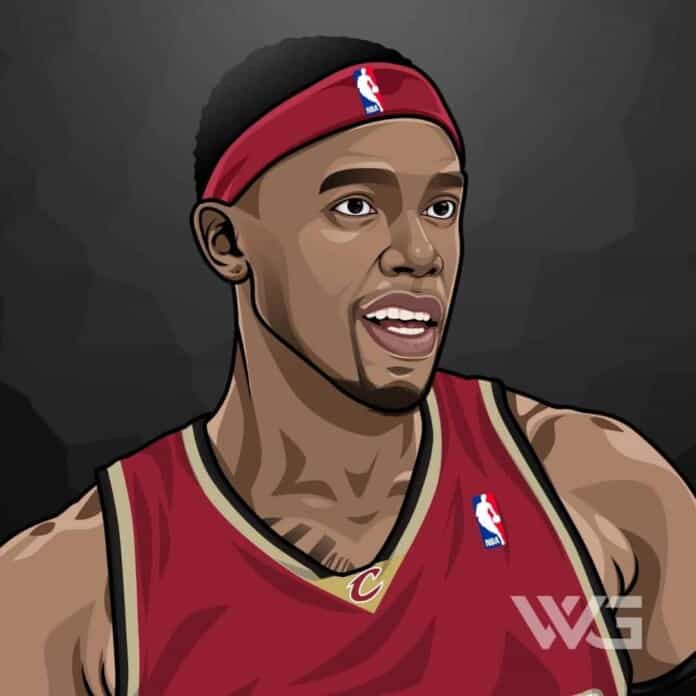 What is Daniel Gibson’s net worth?

Gibson played seven seasons in the National Basketball Association for the Cleveland Cavaliers. He was selected by the Cavaliers in the second round of the 2006 NBA draft.

He starred as a guard in college basketball at the University of Texas at Austin.

Daniel Hiram Gibson was born on the 27th of February, 1986, in Houston, Texas.

Gibson averaged 25.5 points per game and 9.3 assists per game while leading Jones High School in Houston, Texas, to a 31-4 record and the Texas Class 4A state title as a senior.

It marked the school’s first state championship since 1965. Gibson graduated sixth out of 212 students in his high school class and was a member of the National Honor Society.

In 2006, Gibson was drafted by the Cleveland Cavaliers. During his rookie season, he helped the team to reach the playoffs by scoring three-pointers.

He earned a starting position in the team, and by the end of the season, he had started 16 games. Gibson also played particularly well during the playoffs and scored more than 31 points against the Pistons.

In the NBA Finals, he played mostly off the bench but showed strong potential. During the 2007 – 2008 season, he started more games and continued to impress. At one point, he scored six three-pointers in a single match.

An ankle injury began to trouble him at this point, causing him to miss 18 games. Injury woes would continue into the season, as he suffered a separated shoulder in a game against the Boston Celtics during the Eastern Conference Semi-Finals.

In 2008, Gibson underwent surgery for his ankle. Cavaliers signed him to a new contract after the surgery was completed. He went on to play four more seasons with the Cleveland Cavaliers before widespread speculation arose on whether he would continue to play or not.

Here are some of the best highlights of Daniel Gibson’s career:

“Playing in the NBA has always been a dream for me since I was a little kid. Right now, I have the opportunity to test the waters to see where I stand. I’ll stay in the draft if I’m comfortable with where I feel I’ll be drafted. If not, I’ll be back.” – Daniel Gibson

“We needed those guys to step up for us. And they did. Mike was involved from the beginning, and A.J. stepped up for me when I was struggling tonight. It’s great when you get that bench production, and those guys come in with that confidence.” – Daniel Gibson

“The demands on my time are extreme, because of the traveling to the different offices and managing them. The hiring of excellent professionals and support staff is the highest priority. And we really have focused management on that, and it has to be very rigorous. Passion for entrepreneurialism and excellence at all costs.” – Daniel Gibson

“Twenty-four-hour access to a gym was a big thing for me. When other people might go out and party, I like to go to the gym. There’s a lot of times I might spend the night over there. You crash and go home in the morning. I have a cover and pillows and everything.” – Daniel Gibson

“It’s all possible. I would give us an A today on how we responded. We’re focused to a T, and we didn’t flinch. You don’t want to lose now and go into the tournament not playing your best basketball.” – Daniel Gibson

Now that you know all about Daniel Gibson’s net worth and how he achieved success; let’s take a look at some of the lessons we can learn from him:

When you get into a tight place, and everything goes against you, it seems as though you could not hang on a minute longer, but things do get better.

How much is Daniel Gibson worth?

Daniel Gibson’s net worth is estimated to be $4 Million.

How old is Daniel Gibson?

How tall is Daniel Gibson?

Gibson played seven seasons in the NBA before he retired. A combination of mental health issues, injuries, and relationship problems all resulted in Gibson ultimately stepping away from basketball in 2015.

During his time in the NBA, he played primarily for the Cleveland Cavaliers.

What do you think about Daniel Gibson’s net worth? Leave a comment below.