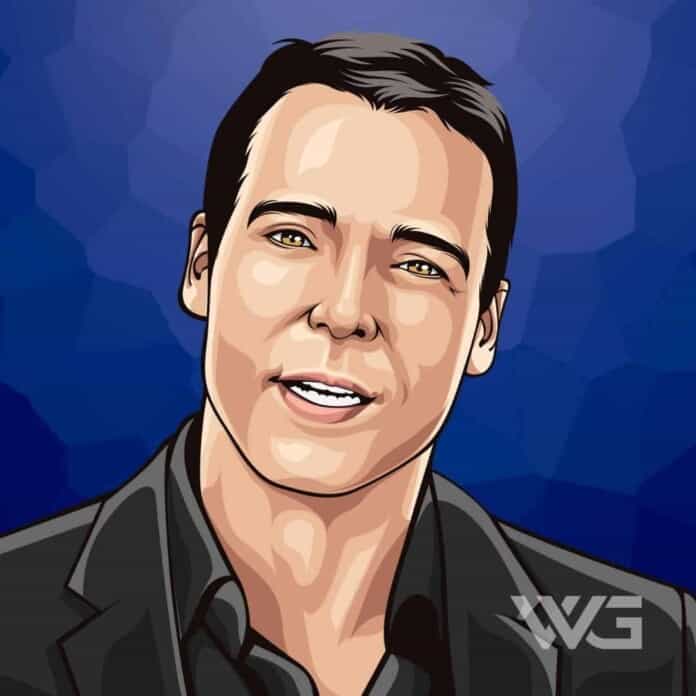 What is Michael Shanks’ net worth?

As of February 2023, Michael Shanks’ net worth is estimated to be $2 Million.

Michael Garrett Shanks is a Canadian actor, writer, and director from British Columbia. Shanks is best known for starring in the television series ‘Stargate G-1’ and in ‘Hope’.

Michael Garrett Shanks was born on the 15th of December, 1970, in Kamloops, British Columbia. Shanks attended the University of British Columbia and was in the BFA Acting Program from 1990 to 1994 and later appeared in several stage productions.

He made guest appearances on TV series like ‘Highlander’ and ‘University Hospital’, appeared in the TV movie ‘A Family Divided’.

Shanks began his acting career by portraying the role of Dr. Daniel Jackson throughout the first five seasons of ‘Stargate SG-1’ before leaving the show at the end of Stargate SG-1’s fifth season. After that, he made several guest appearances throughout the sixth season playing his own character, as well as voicing the Asgard character Thor.

In 2002, Shanks starred in the German, UK and South African co-production ‘Sumuru’, a science fiction B-movie, as astronaut Adam Wade. He also auditioned for the role of Shinzon in Star Trek Nemesis.

In 2004, Shanks made a crossover appearance in the Stargate Atlantis pilot, “Rising”. He also appeared in the tenth and eleventh episodes of Atlantis’ fifth and final season.

Shanks has also starred in the Fox comedy ‘The Good Guys’ as the pompous leader of the Strike Force. In 2011, Shanks was the guest star in the third episode of the Showcase show ‘Endgame’, where he plays an amnesiac.

Here are some of the best highlights of Michael Shanks’ career:

“In the meantime, I just have to create those realistic goals about the fact that I don’t have a ton of options as an actor who’s been on a science fiction show for 8 years.” – Michael Shanks

“Gobbledygook may indicate a failure to think clearly, a contempt for one’s clients, or more probably a mixture of both. A system that can’t or won’t communicate is not a safe basis for a democracy.” – Michael Shanks

“But I don’t bet the farm on any of those possibilities, either. I’m also preparing, intelligently, to walk away from this, and walk away from it happy to have had the experience.” – Michael Shanks

“I was doing Hamlet in the off-season, and I had a specific idea in my mind about what I wanted that character to look like, and because it’s going to lead into the next year, I knew that it was going to have to be established somewhere in the show.” – Michael Shanks

“It was nice, though, to have the long term benefit to be able to pare away those things and eventually make the character my own and put my own unique stamp.” – Michael Shanks

“Yeah, some of them can be yes. For something like Stargate you get more of a caricature than a character to play sometimes, and so you can find it a little bit limiting in terms of they aren’t that important so long as the action takes place. So I find that when you have a show based more around the characters and their interactions you have a much more say in creating a three-dimensionality to that character.” – Michael Shanks

Now that you know all about Michael Shanks’ net worth, and how he achieved success; let’s take a look at some of the lessons we can learn from him:

Always remember that there’s food on your table thanks to the customers you are privileged to serve.

It’s so much better to fail to try than to not even get into the game.

How much is Michael Shanks worth?

Michael Shanks’ net worth is estimated to be $2 Million.

How old is Michael Shanks?

How tall is Michael Shanks?

As of February 2023, Michael Shanks’ net worth is roughly $2 Million.

What do you think about Michael Shanks’ net worth? Leave a comment below.

Dany Heatly is a former ice hockey winger who has earned millions playing for numerous teams, including the Atlanta Thrashers and Anaheim Ducks.