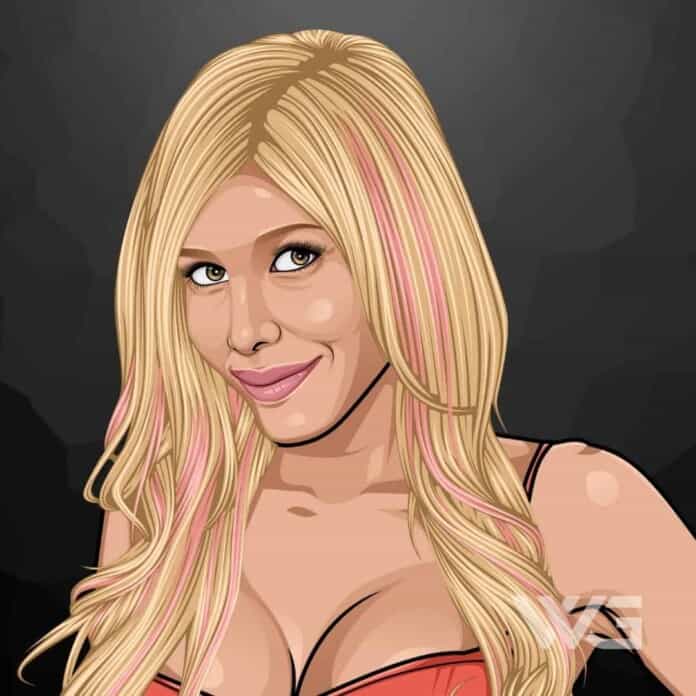 What is Kimber James’ net worth?

Kimber James is an actress and reality star.

James is best known for her roles in both adult films and in reality television series. James is the founder of her own production company called Kimber James Productions.

James was born with Klinefelters syndrome, which is a genetic abnormality that caused her to transition. She transitioned when she was 12 years old.

James started off as an assistant to Gia Darling before signing with the LA District Models Agency in 2008. She was the first transexual performer.

James is a successful transsexual actress who has made a name for herself in both adult films and in reality television series. She is the founder of the production company, Kimber James Productions.

In 2012, she took some time off for sex reassignment surgery. She then returned to the industry to form the Kimber James Productions. The following year, the studio-backed exclusively by Pulse Distribution with ‘Kimber James Busty Adventures: Amsterdam’.

In 2014, she starred on one episode of the popular E! series ‘Botched’ alongside the popular cosmetic surgeons Terry Dubrow and Paul Nassif.

Growing up, she struggled with her identity, which as a result made her transition at the age of 12 due to her Klinefelters syndrome.

Here are some of the best highlights of Kimber James’ career:

“Right now, I’m converting into a vegan diet. I watch many videos on veganism, and right now, it’s probably. Anything involving the vegan diet I pretty much go watch.” – Kimber James

“I have posted different things to my Twitter and my Instagram about vegan food, and it turns out that I’m actually at that point where I’m going vegan.” – Kimber James

“I’m going to do a series of videos about specific surgeries because the majority of the surgeries I’ve had have been one one body part over and over again. I have quite a bit of experience with certain surgeries.” – Kimber James

“Right now, I’m actually in aesthetic school because I really felt like I needed to get some sort of education behind me. In order to do that, that takes up the majority of my day. I get up at 5 a clock in the morning every day, and I sit in traffic for an hour and a half, and I’m in school for five hours.” – Kimber James

“I came to L.A. To have some cosmetic surgery when I was 18. My plastic surgeon was the same one that Gia Darling used. So he suggested that we should meet. Gia and I went to dinner, and have been friends ever since. After seeing all she had done in the industry, it sparked something in me, so I pursued my career.” – Kimber James

Now that you know all about Kimber James’ net worth and how she achieved success; let’s take a look at some of the best lessons we can learn from her:

Kimber James came out as a transexual at a very young age. This is a lesson for more people out there to always be themselves.

2. Fight Towards Your Dreams

Whether your dream is to become an actress, author, or police, it doesn’t matter what you’re aiming for. You have to fight for your dreams. Tomorrow can be too late.

Have fun while it lasts. It’s easy to take time for granted, but all the time we have wasted so far will not come back.

How much is Kimber James worth?

Kimber James’ net worth is estimated to be $2 Million.

How old is Kimber James?

How tall is Kimber James?

Kimber James is best known for starring in both adult films and in reality television series.

James is a very successful woman, and she is the founder of her own production company called Kimber James Productions. In 2014, she appeared in one episode of the popular reality show ‘Botched’ alongside Terry Dubrow and Paul Nassif.

She transitioned when she was 12 years old, which is a very young age. She started to work in the entertainment industry, and she was the first transexual performer with the LA District Models Agency.

What do you think about Kimber James’ net worth? Leave a comment below.

What is Mack Maine's net worth? Introduction  As of ,...