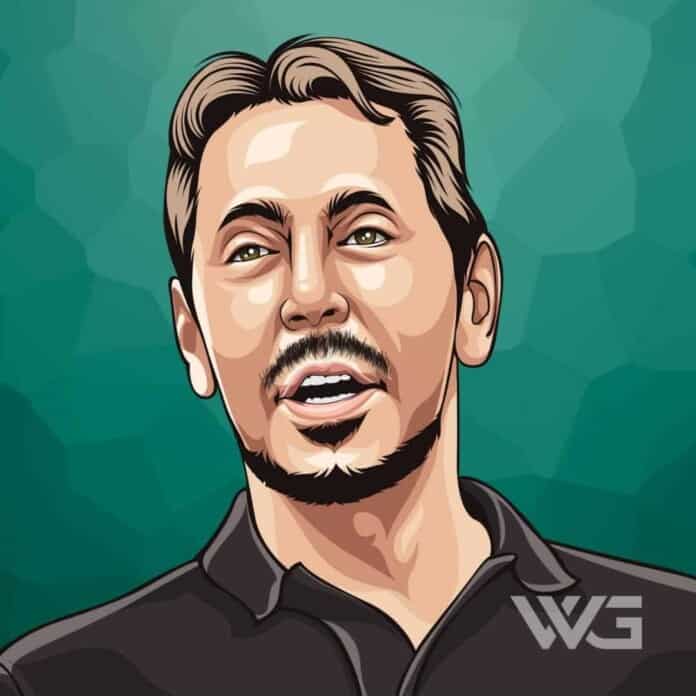 What is Larry Ellison’s net worth?

Larry Ellison is an American business magnate and investor.

Lawrence Joseph Ellison was born on the 17th of August, 1944, in New York. His biological father was an Italian-American United States Army Air Corps pilot. He did not meet his biological mother until he was 48 years old.

Ellison moved to Chicago’s South Shore. His adoptive mother was a loving person. His adoptive father was distant who had chosen the name Ellison to honor his point of entry into the United States.

Ellison has been married four times and has five children. He was married from 1983 to 1986 to Barbara Boothe. His two children, David, and Megan Ellison, are film producers.

Ellison took Oracle public in 1986. It was one day before lifelong rival Bill Gates took Microsoft public. At the time of the IPO Larry owned 39% of Oracle. By the end of the first day of trading, Oracle had a market cap of $270 million which meant that Larry ended the day with a paper net worth of $105.3 million.

In 1990, the company found itself close to bankruptcy. After losing more than 50% of its market cap, Oracle had a few months of cash left in the bank.

Ellison owns 22% of Oracle and has a net worth that tops $70 billion. Ellison has pledged 315 million of his shares as collateral against lines of credit and personal debt. Since 2003 he has earned around $9 billion from Oracle stock sales and dividends.

How Does Larry Ellison Spend His Money?

His primary residence is a 45-acre estate in Woodside, California, that is likely worth at least $200 million. The mansion is modeled after a 16th century Japanese estate. It spans 45-acres and features the main house, a two-bedroom guest house, three cottages, and a barn converted to a gym.

Ellison is a tennis enthusiast, and he owns the Indian Wells Tennis Garden in California. For many years, he owned the 12th largest yacht in the world, Rising Sun.

Ellison has traveled the globe on a Gulfstream V. In 2013, he purchased an airline called Island Air to help bring guests to Lanai. He also owns two military fighter jets, a decommissioned Soviet MiG-29 and an SIAI-Marchetti S.211.

Here are some of the best highlights of Larry Ellison’s career:

“What is Oracle? A bunch of people. And all of our products were just ideas in the heads of those people – ideas that people typed into a computer, tested, and that turned out to be the best idea for a database or for a programming language.” – Larry Ellison

“We’ll continue to expand our footprint… Oracle’s Fusion cloud applications for HCM, CRM and ERP all have a new simplified user interface and an integrated social network that makes our enterprise applications as easy-to-use and familiar as Facebook, while enabling better collaboration and teamwork among your employees and your customers.” – Larry Ellison

“I’m in two modes when I’m on Lanai: In engineering mode, I’m trying to find the right place for the reservoir and the desalination plant and looking at designs for new hotel rooms. The rest of the time, I’m in decompression mode. I’m on Hulopoe Beach, going for a swim, or on my paddleboard surrounded by 100 spinner dolphins.” – Larry Ellison

“We have an ideal location for a couple of organic wineries on the island. But the reintroduction of commercial agriculture to Lanai is 100% dependent upon increasing the available water on the island. So we’re going to use solar energy to convert seawater to fresh water.” – Larry Ellison

“It’s surreal to think that I own this beautiful island. It doesn’t feel like anyone can own Lanai. What it feels like to me is this really cool 21st-century engineering project, where I get to work with the people of Lanai to create a prosperous and sustainable Eden in the Pacific.” – Larry Ellison

Now that you know all about Larry Ellison’s net worth and how he achieved success; let’s take a look at some of the lessons we can learn from him:

When you innovate, you’ve got to be prepared for everyone telling you you’re nuts.

We think a modern cloud lets you decide when you want to upgrade. We don’t decide for you.

3. Take Care Of Your People

Taking care of your employees is extremely important and very, very visible.

How much is Larry Ellison worth?

Larry Ellison’s net worth is estimated to be $88 Billion.

How old is Larry Ellison?

How tall is Larry Ellison?

Larry Ellison is an American billionaire entrepreneur who has earned his enormous fortune as the founder of software giant Oracle. He served as the CEO until 2014.

He is one of the richest people in the world behind tycoons like Jeff Bezos, Bill Gates, Warren Buffett, and Bernard Arnault. At various times, he has been the highest-paid executive in the world.

What do you think about Larry Ellison’s net worth? Leave a comment below.

What is John Krasinski's net worth? Introduction  As of ,...