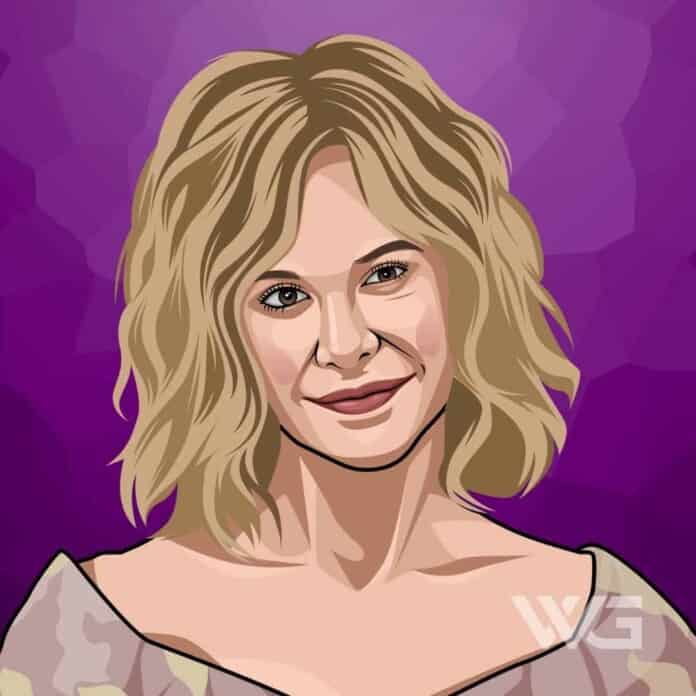 What is Meg Ryan’s net worth?

As of December 2022, Meg Ryan’s net worth is approximately $85 Million.

Meg Ryan is an American actress and producer from Fairfield, Connecticut.

Ryan began her acting career in 1981 in minor roles before joining the cast of the CBS soap opera. Ryan is best known for starring in movies such as ‘Top Gun’, ‘Promised Land’, and ‘When Harry Met Sally’.

Margaret Mary Emily Hyra was born on the 19th of November, 1961, in Fairfield, Connecticut. She is the daughter to Susan Jordan, a former actress and Harry Hyra, a mathematics teacher.

She grew up as a Roman Catholic and went to St. Pius X Elementary School, Fairfield. Later, she studied at the Bethel High School and graduated in 1979.

Meg Ryan debuted in George Cukor’s film ‘Rich and Famous’. Thereafter she played the character of Betsy Stewart in the daytime drama ‘As the World Turns’, from 1982–1984.

In 1986, she essayed the role of a Naval Flight Officer’s wife, Carole Bradshaw in ‘Top Gun’. The following year she featured in a science-fiction comedy film ‘Innerspace’ and a drama film ‘Promised Land’, earning her first Independent Spirit Award nomination.

In 2008, she starred in a satirical comedy film ‘The Deal’ directed by Steven Schachter. The film premiered at the 2008 Sundance Film Festival and earned mixed reviews.

She filmed five episodes of her improvisational comedy series ‘Web Therapy’ in 2013. Next, she featured in the ABC Family film ‘Fan Girl’ which premiered at the Los Angeles Film Festival in 2015.

Ryan made her directorial debut with a drama film, ‘Ithaca’ based on the novel ‘The Human Comedy’ by William Saroyan in 2015.

Here are some of the best highlights of Meg Ryan’s career:

“Through Clinton and Monica, Clinton and Hillary, the scandal, the impeachment, Iraq, Bruce and Demi, Ellen and Anne, I have remained consistently and nauseatingly adorable. I have, in fact, been known to cause diabetes.” – Meg Ryan

“It was not a healthy marriage for a long time. It was never about another man, it was about what my and Dennis’s relationship could not sustain.” – Meg Ryan

“All of [motherhood] surprised me. It surprised me from the very first second I saw Jack. I’d believed that my pregnancy was a condition. It never computed. And there he was. Everyone made fun of me because I stared at him for months and months, not being able to believe he was real.” – Meg Ryan

“Fame is also a test of character at times… Sometimes I pass the test; I just want to buy some tampons!” – Meg Ryan

“Don’t you love New York in the fall? It makes me wanna buy school supplies. I would send you a bouquet of newly sharpened pencils if I knew your name and address. On the other hand, this not knowing has its charms.” – Meg Ryan

3 Life Lessons from Meg Ryan and Her Movies

Now that you know all about Meg Ryan’s net worth, and how she achieved success; let’s take a look at some of the best lessons we can learn from her and her movies:

The Meg Ryan classic ‘You’ve Got Mail’ teaches so many lessons of life and love. You even get a few business lessons from ‘The Godfather’ thrown in at no extra charge. Throughout the entire movie, Kathleen Kelly wants to discover the sweet and gentle side of Joe Fox. As we watched, we can learn that everything should begin by being personal.

2. Believe in a Few Fairy tales

The biggest lesson we can learn from Meg Ryan in the sometimes silly, but undeniably romantic movie Kate and Leopold is that fairy tales are sometimes exactly what we need. We can learn that we shouldn’t close our hearts off to the extraordinary. Or even the sometimes magical.

3. Ask Yourself, What Do You Want?

Just because we can have everything, does it mean that we should have everything? We should find the things that make us happy and give value to the lives around us. Discard the rest.

How much is Meg Ryan worth?

Meg Ryan’s net worth is estimated to be $85 Million.

How old is Meg Ryan?

How tall is Meg Ryan?

Apart from acting, she has also experimented with direction. Her directorial debut film ‘Ithaca’ was based on the 1943 novel ‘The Human Comedy’ and starred, among others, her son Jack Quaid.

As of December 2022, Meg Ryan’s net worth is estimated to be roughly $85 Million.

What do you think about Meg Ryan’s net worth? Leave a comment below.