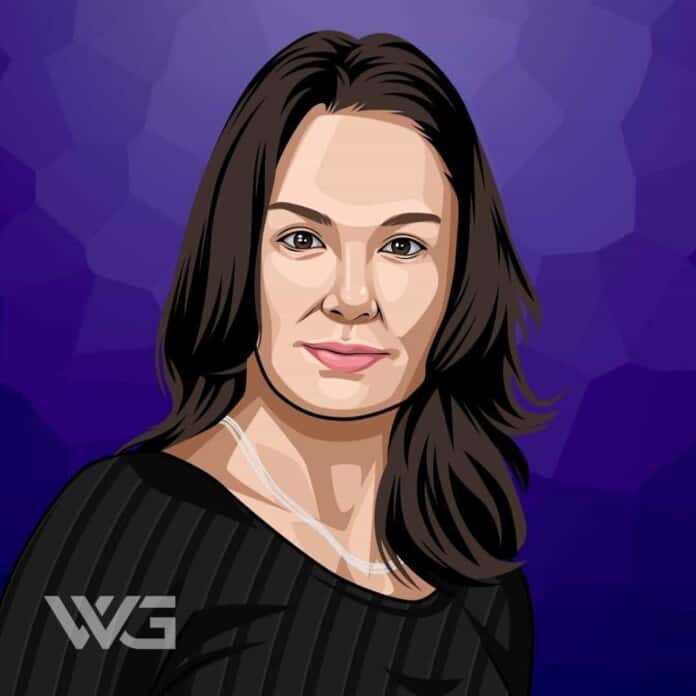 What is Sarah Wayne Callies’ net worth?

As of November 2022, Sarah Wayne Callies’ net worth is estimated to be $3 Million.

Sarah Wayne Callies is an American actress from Illinois. She has played Sara Tancredi in Fox’s ‘Prison Break’, Lori Grimes in AMC’s ‘The Walking Dead’ and Katie Bowman in ‘USA Network’s Colony’.

Sarah Wayne Callies was born on the 1st of June, 1977, in La Grange, Illinois. Callies is the daughter of Valerie Wayne and David E. Callies, respectively English and Law professors at the University of Hawaii, Manoa.

At age one, Callies moved to Honolulu, Hawaii with her family. Throughout her youth, she expressed an interest in acting through participating in various school plays at the independent Punahou School.

She was also cast as Sara Tancredi in the drama series ‘Prison Break’. Two years later, in 2007, Callies acted in four episodes of ‘Queens Supreme’. Around this time, she also did the flick ‘Whisper’.

In the year 2010, Callies portrayed the character of Lori Grimes in the series ‘The Walking Dead’. The same year, she appeared in the movie ‘Lullaby for Pi’.

After this, she got featured in the films ‘Black Gold’, ‘Faces in the Crowd’, ‘Black November’, ‘Into the Storm’ and ‘Pay the Ghost’. The actress then began playing the role of Katie Bowman in the series ‘Colony’ in 2016.

A year later, she starred as Sara Tancredi in the TV movie ‘Resurrection: Prison Break’. She also acted in the film ‘This Is Your Death’ that year.

Here are some of the best highlights of Sarah Wayne Callies career:

“What serialized cable dramas have given us is the opportunity to not simply tell the same story with slightly different words and different costumes, every week. people are really mining the ability of storytellers to tell a long-form story that goes from A to Z, and to trust that an audience will follow that.” – Sarah Wayne Callies

“The rite of passage of learning to build a fire that will burn all night with one match is not an insignificant one in my husband’s family, and I grew up camping and backpacking. I love to camp.” – Sarah Wayne Callies

“One thing that annoys me is when you see women in these terrible and incredible situations with perfectly glossed lips. You’re not going to look good in the apocalypse.” – Sarah Wayne Callies

“My husband’s family is military. Preparation is just, from that family perspective, it’s just a part of what makes sense to do. You buy insurance for your house; you have a go-bag.” – Sarah Wayne Callies

“I watched Ricki Lake’s documentary, ‘The Business of Being Born,’ and that led me to call a midwife, and not an ob-gyn when I found out I had conceived. My delivery was not easy – they call it ‘labor,’ not ‘a vacation!’ – but I was incredibly grateful that I did it that way.” – Sarah Wayne Callies

Now that you know all about Sarah Wayne Callies net worth, and how she achieved success; let’s take a look at some of the lessons we can learn from her:

We all have big changes in our lives that are more or less a second chance.

Things do not change; we change.

How much is Sarah Wayne Callies worth?

Sarah Wayne Callies’ net worth is estimated to be $3 Million.

How old is Sarah Wayne Callies?

How tall is Sarah Wayne Callies?

Sarah Wayne Callies is an American actress famous for appearing in the role of Sara Tancredi in Fox’s drama series ‘Prison Break’ as well as of Lori Grimes in AMC’s ‘The Walking Dead’.

She is also known for her portrayals of detective Jane Porter and Katie Bowman in the shows ‘Tarzan’ and ‘Colony’ respectively.

What do you think about Sarah Wayne Callies net worth? Leave a comment below.