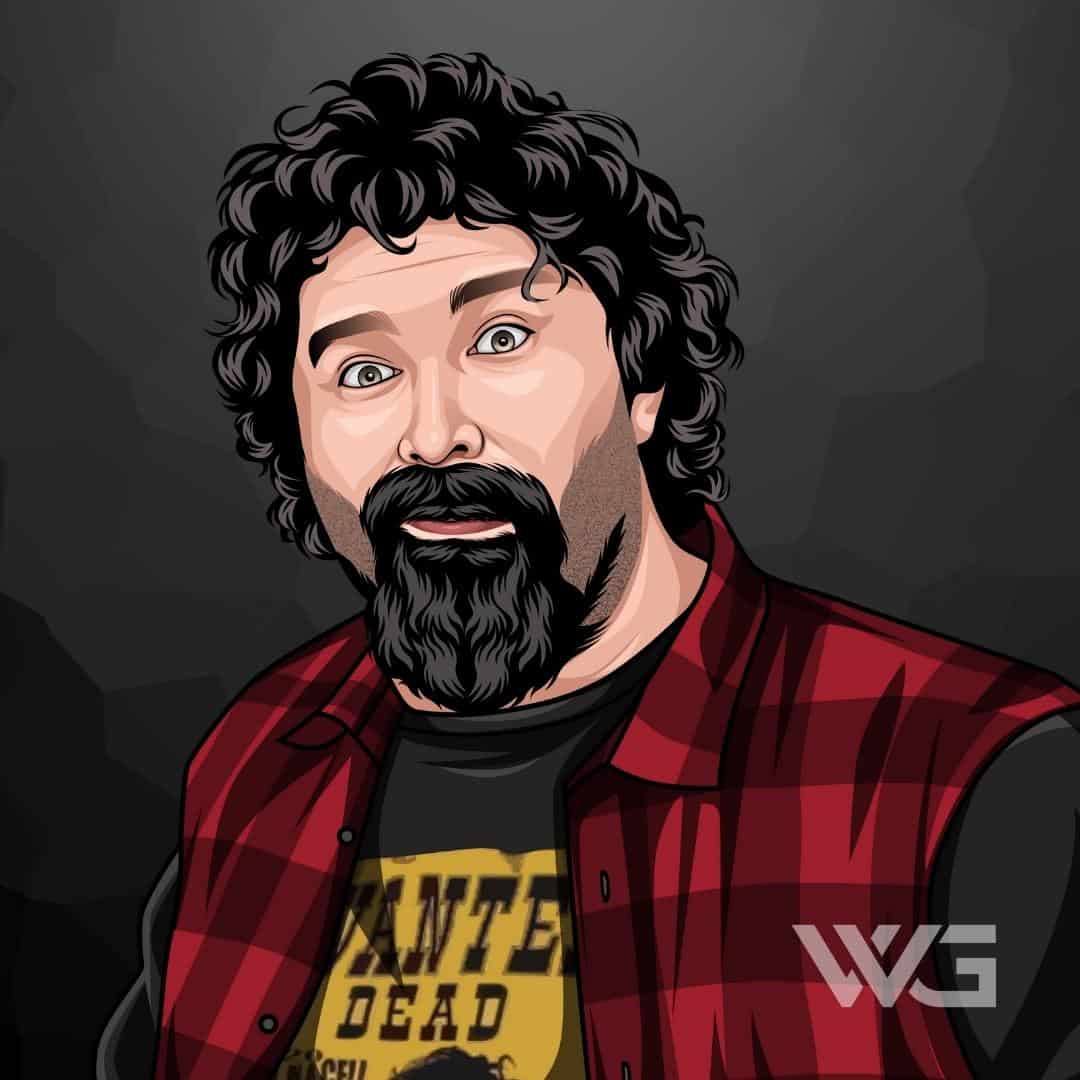 What is Mick Foley’s net worth?

After winning numerous titles and becoming known as “The Hardcore Legend,” Mick Foley has wracked up a huge net worth that many wrestlers could only dream of.

Michael Francis Foley was born in 1965 in Bloomington, Indiana.

Shortly after his birth, his family moved to Long Island, where he attended Ward Melville High School.

In high school, he played lacrosse and, along with actor Kevin James, was on the wrestling team.

While studying at the State University of New York at Cortland, Foley attended a match at Madison Square Garden to see his favorite wrestler, Jimmy Snuka. After seeing Snuka’s flying body splash move from the top of the cage, Foley decided to seriously pursue a professional wrestling career.

In 1983, Mick Foley started training under Dominic DeNucci and appeared in many squash matches as jobbers for the WWF, and spent years wrestling on the independent circuit before joining World Class Championship Wrestling as Cactus Jack Manson.

In 1991, Foley caught the attention of World Championship Wrestling promoters, and after briefly wrestling for the Global Wrestling Foundation, he joined WCW full-time.

Catus Jack quickly became a fan favorite, and his feud with Big Van Vader was a huge milestone in his career.

In one of the most brutal WCW matches, Foley faced Vader in a Texas Deathmatch in 1993, and the ensuing violence left both commentators and fans stunned into disbelief, with WCW refusing to book Foley against Vader again for a PPV match.

However, the two faced off again in 1994 in another brutal match that resulted in Vader ripping Foley’s ear off, and this match is still considered one of the most extreme in wrestling history.

Between 1994 and 1996, Foley transitioned to the independent circuit once more, though his 1995 fight in Japan was one of his most famous, with him debuting his barbed wire bat for the first time in a brutal match against Terry Gordy.

In 1996, Foley ended up getting a contract with the WWF, where he rebranded under the name Mankind and started a feud against The Undertaker, who threw Foley off a 20-foot high cage during their 1998 King of the Ring match.

Later in 1998, Foley defeated Dwayne ‘The Rock’ Johnson to win the WWF World Title, a belt he ended up wearing three times throughout his career.

Although he is now retired and serving as an ambassador for the WWE, Foley has also gone on to write two autobiographies, a novel, and a series of children’s books.

Mick Foley made a lot of money from his wrestling career, and we have some information about what exactly his career earnings are overall.

While he may not be one of the richest wrestlers in the world, Mick Foley certainly isn’t doing bad for himself!

Foley married his wife Colette Christie in 1992, and together they have four children, Dewey Francis, Noelle Margaret, Michael Francis, and Hughie Francis.

His son Dewey Francis Foley currently works for the WWE, while his wife is a social media model.

His son Michael, who is on the autism spectrum, operates a YouTube channel with his brother Hughie, which Mick sometimes appears on.

On his official Instagram page, Foley is very active, often posting about tours and causes he is supporting.

His official website also lists information about his tour dates, as well as his podcast, which he uses to talk about the wrestling industry.

Mick Foley has accomplished many great feats and won many incredible awards throughout his career.

Here are some highlights from Mick Foley’s career:

How Does Mick Foley Spend His Money?

Although we don’t know a lot about how Mick Foley spends his money, he did give us a peak in 2020 when he put his mansion up for sale after having lived in it for ten years.

This $1 million mansion has five bedrooms and is located in Smithtown, New York, on Riverview Terrace overlooking the Nissequogue river.

Sporting panoramic views of the waterfront, the home comes with a wrap-around deck, two master suites, and a private jet dock.

However, the strangest thing about the home is the Christmas room, which Foley decked out with holiday decor and gifts he’s received throughout the years.

While we’re not sure where Foley has moved to now, we imagine it is somewhere much warmer.

With such a long wrestling career, Mick Foley has reached many significant milestones that set him apart from others in the industry.

Here are some of the best highlights of Mick Foley’s career:

Mick Foley may have made his career as a fighter, but he’s certainly become known for a few key phrases.

Here are our favorite quotes from Mick Foley:

Now that you know all about Mick Foley’s net worth, we can take a deeper look at what his career can teach us about reaching our own success.

Here are some of the best success lessons to learn from Mick Foley:

1. You’re Never Too Cool To Be Kind

Despite his reputation as one of the most brutal wrestlers in the industry, Mick Foley is known as one of the nicest people you can meet, and he sponsors seven children personally through ChildFund International.

This just goes to show that being cool and looking tough is fun, it can also pay off to show kindness to those around you.

2. Don’t Back Down From A Challange

Mick Foley has been battered and bruised many times in the ring, but he never backed down from a fight.

While this doesn’t mean you should go looking for fights in real life, it does demonstrate how important it can be to keep pushing through even when things are tough.

If you stay on your grind and keep working hard, you’ll be much more likely to reach your goals.

3. Don’t Be Afraid To Do Something New

Who would have thought that one of the bloodiest fighters in the WWE would wind up writing children’s books?!

Sometimes it seriously pays off to branch out and try something new because you never know the doors that it can open up.

Mick Foley is a legend in the wrestling industry, and he has the substantial net worth to prove it.

While we’re not exactly sure what his plans are for the future, given how much this former wrestler has been branching out, we may very well see his fortune increase.

Be sure to check back often to stay up-to-date on Foley’s impressive net worth!

What do you think about Mick Foley’s net worth? Leave a comment below.