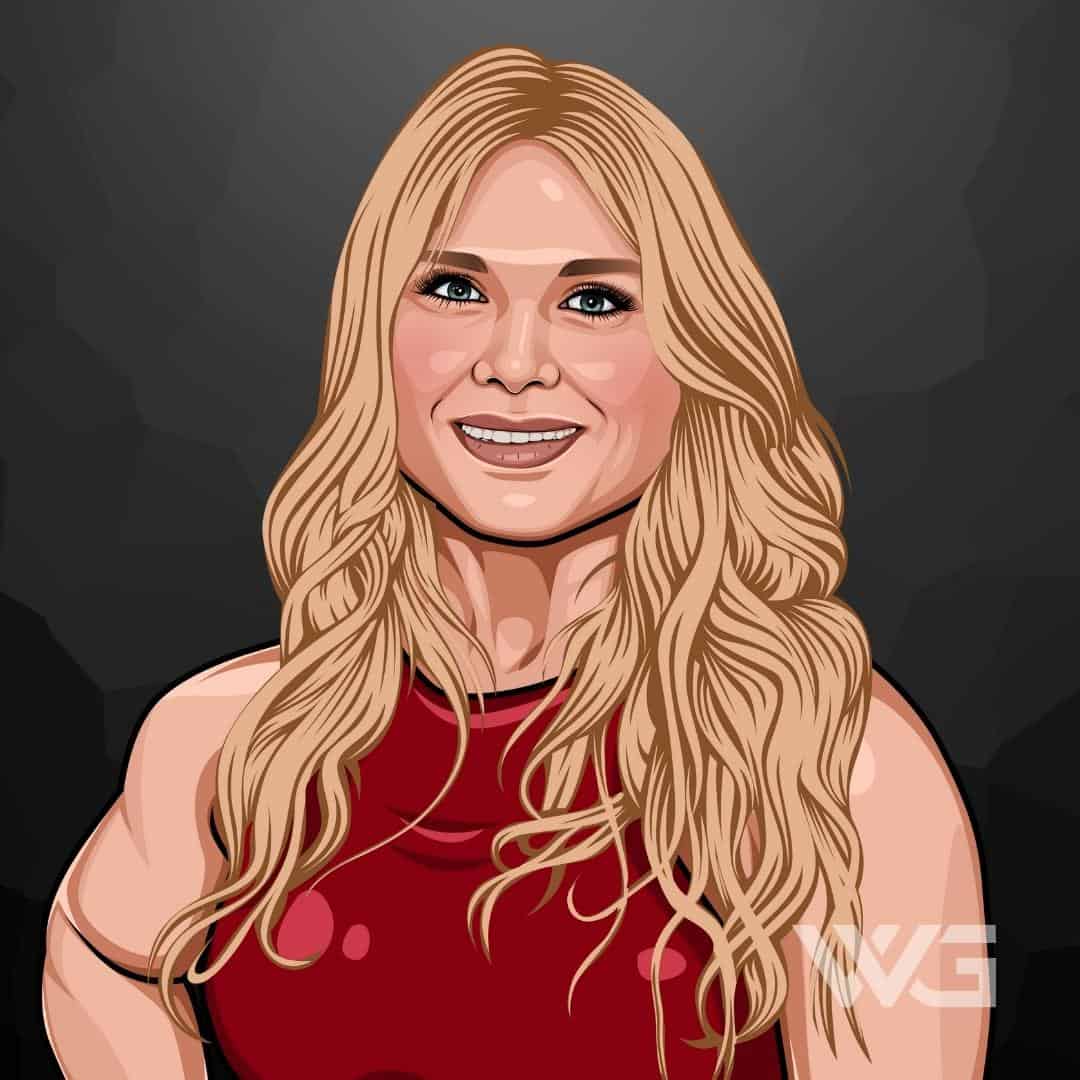 What is Beth Phoenix’s net worth?

Beth Phoenix is an American professional wrestler and color commentator who worked on the independent circuit before joining the WWE.

Known for her marriage to Adam Copeland, known by his ring name Edge, Phoenix transitioned from wrestling to commentary along with regular appearances in WWE video games.

As of February 2023, Beth Phoenix’s net worth is estimated to be $4 Million.

Beth Phoenix was born as Elizabeth Kociański in Elmira, New York, on November 24th, 1980, and was raised by Polish parents.

Her interest in wrestling began at a young age and was largely inspired by wrestlers such as Ted DiBiase, Sgt. Slaughter, and Bret and Owen Hart.

After completing her graduate degree from Canisius College in Buffalo, New York, she moved into a career as an amateur wrestler.

Beth Phoenix’s professional wrestling career began with several years working on the independent circuit, where she racked up several victories, leading to a tryout with the WWE.

After succeeding in the tryouts, she took her ring name Beth Phoenix, signing a developmental contract with the WWE in 2005.

While with the WWE, she rubbed shoulders with some of the richest wrestlers in the world, holding the Vivas Championship once and the WWE Women’s Championship three times.

As well as her wins, Phoenix lost to Nikki Bella during a non-title match for SmackDown and provided updates on her husband’s health when he was injured by Randy Orton in 2021.

In 2019, Phoenix became a full-time commentator for NXT, replacing Percy Watson and working alongside Mauro Ranallo and Nigel McGuinness.

With her regular slots in the WWE over several years, Beth Phoenix will have enjoyed a consistently high salary.

Her work as a commentator will ensure she continues to take home a sizeable paycheck, as well as royalties from the sales of her WWE movies and video games.

With a net worth of $4 million, Beth Phoenix is one of the richest divas in the WWE, with the official Beth Phoenix Instagram account featuring over 700k followers.

This net worth will continue to rise as Phoenix works as a commentator while continuing to return to the ring for occasional guest appearances.

With her marriage to Edge, their combined income and net worth give them considerable financial clout.

In 2001, Beth Phoenix married her first husband, Joel Carolan, who went by the ring name Joey Knight, with the couple divorced in 2010.

She began dating fellow WWE wrestler Edge, whose real name is Adam Copeland, in September 2011, with their daughter Lyric Rose Copeland was born on December 12th, 2013.

Another daughter, Ruby Ever Copeland, was born in 2016, and the same year Phoenix and Copeland were married.

Having been wrestling since the late 1990s, Beth Phoenix has participated in multiple championships in which she has won several victories throughout her career.

Here are some highlights from Beth Phoenix’s career:

How Does Beth Phoenix Spend Her Money?

While Beth Phoenix’s net worth isn’t on par with some of the richest actresses in the world, she is still worth more than enough to enjoy a luxurious lifestyle.

Along with her husband, Phoenix has a residence in Asheville, North Carolina, which includes its own large gym and a room for their trophies.

She’s also known for her exceptional dress sense, whether fighting in the ring or delivering commentary from the sidelines.

With her outstanding career as a professional wrestler, combined with her work as a sports commentator, Beth Phoenix has enjoyed many high points and successes.

Here are some of the best highlights of Beth Phoenix’s career:

Beth Phoenix isn’t shy about speaking her mind and has often shared her insights into professional wrestling and life throughout her impressive career.

Here are our favorite quotes from Beth Phoenix:

Now that you know all about Beth Phoenix’s net worth, we’ll explore some of the valuable insights and advice we can learn from her career as a wrestler.

Here are some of the best success lessons to learn from Beth Phoenix:

1. Don’t Try To Be Something You’re Not, Just Be Yourself

Beth Phoenix has reinvented herself in the ring on several occasions, turning from face to heel, but ultimately her performances worked best when she was herself.

2. Persevere If You Want To Succeed

When Phoenix suffered an injury to her face during a match, she didn’t let it put an end to her professional career.

Instead, she took the time off needed to recover, then got back into the ring and became even more successful.

3. If You’re Uncomfortable In Your Body, Take Action To Deal With It

With her body discomfort in her early years, Phoenix could easily have let her anxieties overwhelm her life.

Rather than let her condition bring her down, she took the necessary steps to overcome it and found confidence and success in life.

That wraps up this overview of the life and career of Beth Phoenix, and how she has achieved her impressive net worth.

From her early beginnings on the independent circuit to becoming one of the most celebrated divas of all time, her career has been studded with successes

With her commentary career thriving, Beth Phoenix’s net worth will likely continue to grow, so we’ll update this article in the future with the latest information.

As of February 2023, Beth Phoenix’s net worth is estimated to be $4 Million.

What do you think about Beth Phoenix’s net worth? Leave a comment below.