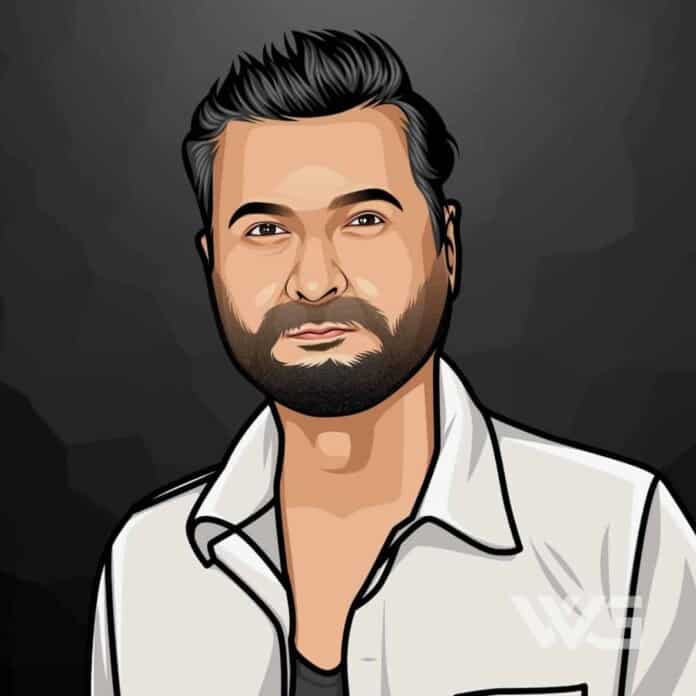 What is Sanjay Kapoor’s net worth?

Sanjay Kapoor is an Indian film actor and producer. Kapoor is best known for starring in the Bollywood movie ‘Raja’ and ‘DIl Sambhal Jaa Zara.’

Kapoor is the founder and director of Sanjay Kapoor Entertainment Private Limited company alongside his wife, Maheep Sandhu.

Sanjay Kapoor was born on the 17th of October, 1965, in Mumbai. Kapoor is the son of Nirmal and Surinder Kapoor. He has three older siblings. He married his longtime girlfriend, Maheep Sandhu, in 1997. They have two children together.

Some of his nephews and nieces include Sonam Kapoor, Arjun Kapoor, Janhvi Kapoor, Mohit Marwah, and Harshvardhan Kapoor, Rhea Kapoor. The Kapoor family of Prithviraj Kapoor are also his distant relatives as Prithviraj Kapoor was his father’s cousin.

Kapoor made his film debut in 1995 with the movie ‘Prem.’ His next movie was ‘Raja,’ a box office success. He went on to star in many films as a lead actor, such as ‘Auzaar,’ ‘Mohabbat’ and ‘Sirf Tum.’ He appeared as a villain in ‘Koi Mere Dil Se Poochhe’ in 2002.

The following year, he had his debut on television, appearing in the television serial ‘Karishma – The Miracles of Destiny’ opposite Karisma Kapoor. He also starred in the films ‘Qayamat: City Under Threat’, ‘Julie,’ ‘Luck By Chance’ and ‘Shaandaar.’

In 2017, Kapoor was cast in Vikram Bhatt’s television serial ‘Dil Sambhal Jaa Zara.’ The series is about a man marrying a girl much younger than him and how they try to make their marriage work.

The following year, Kapoor was cast in the film ‘Lust Stories’ as a lead character opposite actress Manisha Koirala. The same year, he was cast in the movie ‘The Zoya Factor.’

He also landed a role in the web series ‘Soggy Hoga Tera Baap.’ He appeared in a short film ‘Sleeping Partner’ in 2020, and he was cast in the film ‘Fashion Street’ during the same year.

How Does Sanjay Kapoor Spend His Money?

Sanjay Kapoor is one of the richest actors in India. Kapoor owns a home in Mumbai, where he lives with his wife and kids. He also owns some lavish cars.

Kapoor owns a luxurious bungalow in Mumbai with his family.

In his car collection, we can see cars such as a Bentley and a BMW A6.

Here are some of the best highlights of Sanjay Kapoor’s career:

“We used to live in Chembur in a two-bedroom hall. We were so connected with the Kapoors that Dabboo (Randhir Kapoor) would joke that we are related via satellite. My mom and Krishna aunty were best friends, and Chimpu (Rajiv Kapoor) and I grew up together. My father, Surinder Kapoor, used to work for Shammi Kapoor, and his first wife was my dad’s rakhi sister.” – Sanjay Kapoor

“There are many things that I had learned from our father. Chimpu would always go abroad and bring us Batmans and strawberry rubbers. So when I was in class X, I took a promise from my dad that if I came first class, he would send me abroad. I studied really hard and came first-class, but coincidentally, one of my dad’s films did not do well at that time.” – Sanjay Kapoor

“Shekhar Kapur was initially supposed to direct ‘Prem.’ But the problem with Shekhar is that he is a very lazy guy, which is why he has made such few films over 30 years. He never wanted to start it, and that led to my frustration. We then decided on Satish Kaushik to direct it, who started the film in 1989.” – Sanjay Kapoor

“Everyone would say that Boney was a manipulator, but the fact is that he has always done things without any harm to anybody. He chose and decided the price for both Anil and me. I had a bank account, but till 12 years back, he managed all my money. In the beginning, I did big shows and got a lot of money, and he managed all of that.” – Sanjay Kapoor

“There was a period when I was not doing much as an actor and was trying to become a producer. I wanted to do a film with Anil. I spent 3-4 years discussing everything with him and even going with the director he wanted.” – Sanjay Kapoor

Now that you know all about Sanjay Kapoor’s net worth and how he achieved success; let’s take a look at some of the lessons we can learn from him:

Make sure to pour your heart and soul into it. Give everything your best shot.

2. Believe In Your Capabilities

Most of us are conditioned to undermine our own capacities.

3. Years Of Work Pays Off

There are always people coming up who are willing to work harder and longer than you willing to take your place. Utilize your previous success.

How much is Sanjay Kapoor worth?

Sanjay Kapoor’s net worth is estimated to be $10 Million.

How old is Sanjay Kapoor?

How tall is Sanjay Kapoor?

Sanjay Kapoor is an Indian actor and producer who rose to fame in the films ‘Raja’ and ‘Dil Sambhal Jaa Zara.’

He founded Sanjay Kapoor Entertainment Private Limited alongside his wife.

What do you think about Sanjay Kapoor’s net worth? Leave a comment below.