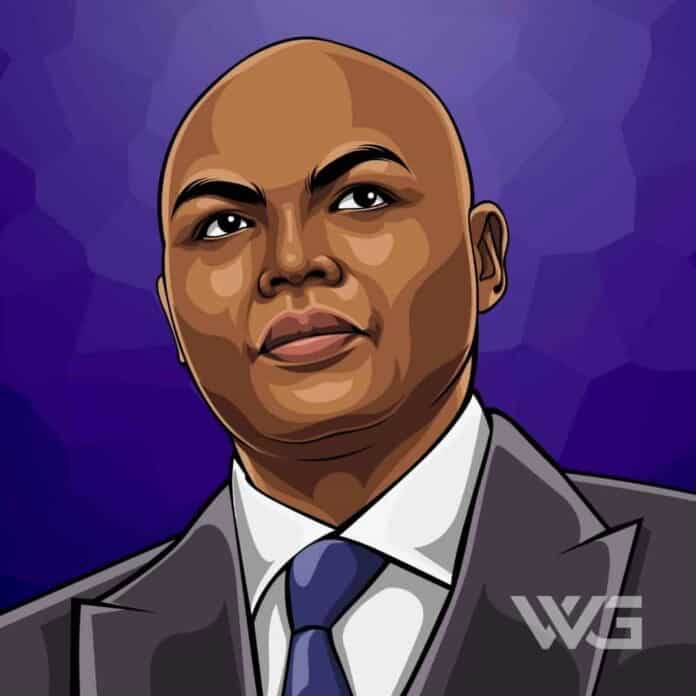 What is Charles Barkley’s net worth?

As of February 2023, Charles Barkley’s net worth is estimated to be $50 Million.

Charles Wade Barkley is an American retired professional basketball player who is currently an analyst on Inside the NBA.

He established himself as one of the NBA most dominant power forwards. Barkley was drafted as a junior by the Philadelphia 76ers with the 5th of the 1984 NBA Draft.

Charles Wade Barkley was born on the 20th of February, 1963, in Leeds, Alabama. Barkley attended Leeds High School. He failed to make the varsity team and was named as a reserve. However, during the summer Barkley grew to 6 ft 4 in (1.93 m) and earned a starting position on the varsity as a senior.

Barkley garnered no attention from college scouts until the state high school semifinals, where he scored 26 points against Alabama’s most highly recruited player, Bobby Lee Hurt.

Barkley did not play the senior season for Auburn. Instead, he made himself available for the 1984 NBA draft. Eventually, the Philadelphia 76ers chose him as their fifth pick in the first round.

He was in 24 games in the playoffs and he eventually led his team to the NBA finals where they lost to Michael Jordan‘s Chicago Bulls.

He would play for three more seasons for the Suns before he was traded to Houston Rockets in 1996. His first season with the Rockets did not go that well as he was constantly plagued with injuries.

He appeared in 20 matches, started 18 of those, and scored 14.5 points per game on average.

On December 8, 1999, he suffered a ruptured left quadriceps in a match against the 76ers. Following this injury, it seemed his career was at an end. However, not wanting the injury to be the final moment of his career, Barkley returned for one more match.

Here are some of the best highlights of Charles Barkley’s career:

“I think it sucks that in our country [the USA] there is such a double standard education-wise. Which part of the city you live in, or something like that determines if you’ll be successful, and that’s not fair.” – Charles Barkley

“I remember sitting down with the Rockets and saying, ‘Yeah. I’m going to retire.’ They said, ‘Well, we’ll give you $9 million.’ And I said, ‘You got a pen on you?’” – Charles Barkley

“I don’t have time to put up with the politics. Man, can my daughter just go to a school and not get killed? Can these people get a good job? That’s what I’m concerned about.” – Charles Barkley

“I read that heavy drinking is bad for your health. I decided I better stop reading.” – Charles Barkley

“I always laugh when people ask me about rebounding techniques. I’ve got a technique. It’s called just go get the damn ball.” – Charles Barkley

Now that you know all about Charles Barkley’s net worth, and how he achieved success; let’s take a look at some of the strongest lessons we can learn from him:

1. Do Not Be Quick to Get Angry

Be sad but not mad. Anger will cause you to make life mistakes that you will never be able to take back over a split moment of anger. Don’t let anger control your life.

2. Do Not Be Quick to Assume Things About People

about anything in life. Ask questions instead of assuming, and if the situation calls that you cannot ask, then wait. Give people time so that you may learn the truth behind their intentions as it comes to reveal itself.

With feelings, with the good and the bad, with hurt and love. See them for everything they can hold inside themselves. And don’t forget it even when they’re behind their screens or in their cars… They are people.

How much is Charles Barkley worth?

Charles Barkley’s net worth is estimated to be $50 Million.

How old is Charles Barkley?

How tall is Charles Barkley?

Charles Wade Barkley is a former professional basketball player who is currently affiliated with the ‘Inside the NBA’ television show as one of its hosts.

Regarded as one of the National Basketball Association’s most dominant players, Barkley played professionally for 16 years, during which he appeared as part of three different NBA teams: Philadelphia 76ers, Phoenix Suns, and Houston Rockets.

What do you think about Charles Barkley’s net worth? Leave a comment below.