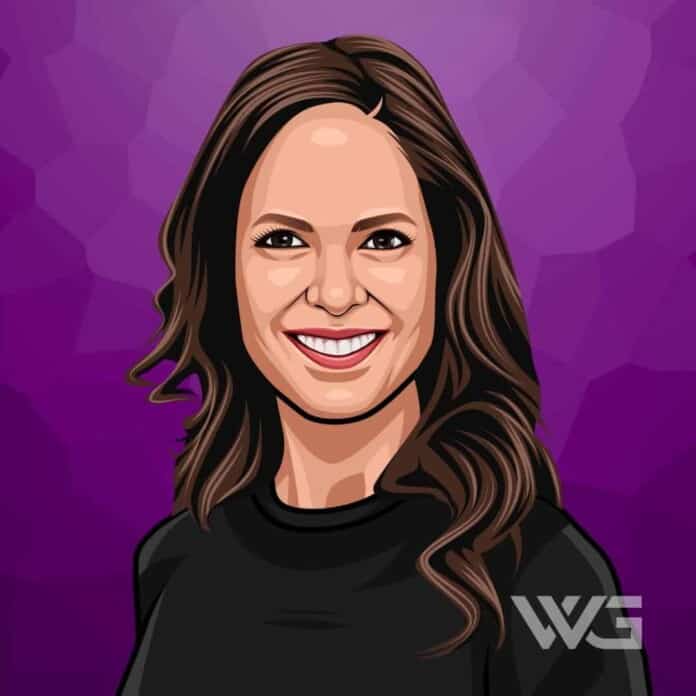 What is Soledad O’Brien’s net worth?

O’Brien has been the host for ‘Matter of Fact with Soledad O’Brien’ since 2016. She is the chairwoman of Starfish Media Group, and she is also a member of the Peabody Awards, which is presented by the University of Georgia’s Henry W. Grady College.

Soledad O’Brien was born on the 19th of September, 1966, in St. James, New York. O’Brien is the daughter of Edward Ephrem and Estala O’Brien. Her parents were both immigrants and met while they were students at John Hopkins University in Maryland.

Her father is from Queensland, and her mother is from Havana, Cuba. When O’Brien was 14 years old, she came to the United States sponsored by Oblate Sisters of Maryland’s Providence.

O’Brien started her career as an associate producer at WBZ-TV. In 1991, she joined NBC News as a field producer for the ‘Nightly News’ and Weekend Today.’

In 2009, she completed a documentary titled ‘Latino In America’. She also anchored exit poll coverage during CNN’s coverage of the primaries in the 2008 United presidential race.

She anchored a CNN special ‘Black in America’ in 2007. The program documented the successes, struggles, and complex issues faced by black families, women, and men after the death of Martin Luther King Jr. O’Brien was the anchor of the CNN program ‘Starting Point’ between 2012 and 2013.

How Does Soledad O’Brien’s Spend Her Money?

Soledad O’Brien spends some of her money on real estate and helping different charities such as Global Poverty Project, Greater Than AIDS, Hearts of Gold, Hispanic Scholarship Fund, and Magic Johnson Foundation.

O’Brien is a proud owner of a home in Pawling, New York.

Here are some of the best highlights of Soledad O’Brien’s career:

“When I was leaving NBC News to go to CNN, people would say, ‘What?! Why would you possibly leave the ‘Today Show’ to go to cable?’ If I would’ve listened to people, I would’ve been on a great platform, but I wouldn’t have grown as a journalist. So far, most of the steps in my career have been really good.” – Soledad O’Brien

“CoverGirl’s Girls CAN movement is perfectly aligned with my passion for helping young women overcome life’s challenges and my commitment to highlighting girls’ successes. I am thrilled to partner with CoverGirl to embark on this exciting journey to improve the lives of girls and women in the world.” – Soledad O’Brien

“As CNN saw our growth in African-American viewership, they affirmed a fundamental truth of news coverage – people will watch you if they see themselves in what you report. It doesn’t hurt if the people doing the reporting look like them, too.” – Soledad O’Brien

“There are thousands of inspirational stories waiting to be told about young women who yearn for a great education. They are stories of struggle and stories of success, and they will inspire others to take action and work to change lives.” – Soledad O’Brien

Now that you know all about Soledad O’Brien’s net worth and how she achieved success; let’s take a look at some of the lessons we can learn from her:

Fear limits you and your vision. It serves as blinders to what may be just a few steps down the road for you. The journey is valuable, but believing in your talents, abilities, and self-worth can empower you to walk down an even brighter path.

2. Be a Good Storyteller

If you can tell a story well, you can move people to do something.

Being an entrepreneur is a mindset. You have to see things as opportunities all the time.

O’Brien’s advice to young women who are looking to be successful; make sure you’re passionate about whatever it is that you’re doing. And make sure the opportunities within your job fulfill you.

How much is Soledad O’Brien worth?

Soledad O’Brien’s net worth is estimated to be $10 Million.

How old is Soledad O’Brien?

How tall is Soledad O’Brien?

Soledad O’Brien is an American journalist who rose to prominence as an anchor for CNN’s ‘American Morning’ During her career with CNN, she anchored news programs such as ‘Starting Point.’

After she left CNN, she set up her own multiplatform media production named Starfish Media Group.

What do you think about Soledad O’Brien’s net worth? Leave a comment below.