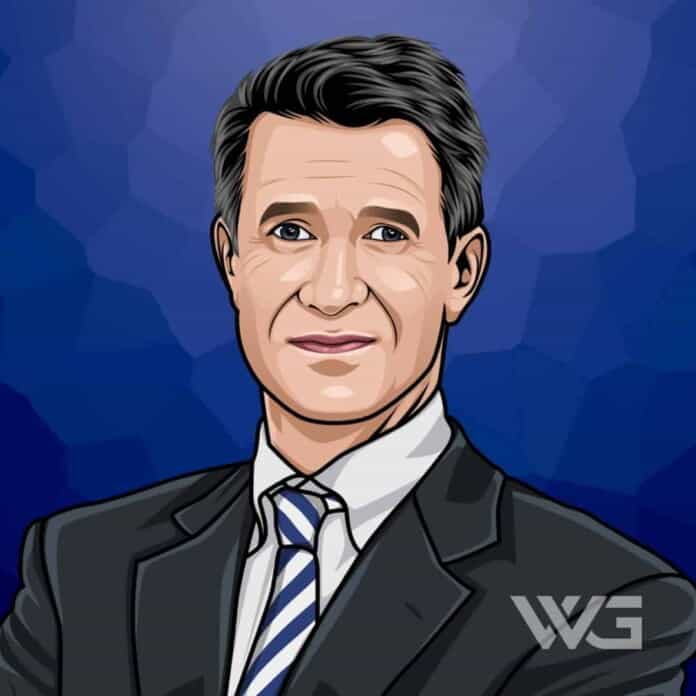 What is Stefan Quandt’s net worth?

Stefan Quandt is a German business engineer and member of BMW AG’s Supervisory Board.

Since 1998, Quandt has been a member of the Board of Trustees of the BMW Foundation.

He is the son of Johanna Quandt and Herbert Quandt. Stefan was one of the family members that inherited his late father’s wealth, most notably shares in BMW.

Stefan Quandt has been very fortunate in inheriting wealth, but he’s also worked hard to maintain it.

As of December 2022, Stefan Quandt’s net worth is approximately $16 Billion.

Stefan Quandt was born on the 9th of May, 1966, in Frankfurt, Germany. Quandt graduated from the Technical University of Karlsruhe with a diploma in business engineering in 1993.

After a period with The Boston Consulting Group, he worked in cost accounting and corporate accounting at Datacard Corporation in Minneapolis, Minnesota, and later as Marketing Manager at Datacard Asia Pacific Ltd. in Hong Kong.

Quandt shifted his focus to marketing in the mid-90s, working for Datacard Group in Hong Kong as a marketing manager. In the early 80s, he inherited just over 17% of BMW from his father, along with several other lucrative holdings.

He manages all of these under his umbrella corporation Delton AG. Until 2006, he also owned almost 20% of Gemplus International, a digital security company.

Quandt has been the deputy chairperson in the board since 1999, after joining the board in 1997. His appointment goes until 2024.

Quandt was formerly on the boards of Dresdner Bank AG and the Gerling Konzern Allgemeine Versicherungs AG and is currently on the supervisory board of BMW. His mother and sister also own portions of BMW, as well as several other companies.

He rose to fame through the wealth that he had. He’s on the list of the world’s wealthiest persons. He was ranked 66th by Forbes, although the entire family of the late Herbert Quandt is also on Forbes’ radar.

Besides BMW, he shares in other companies. Some of the firms he has invested in include Logwin AG, Heel GmbH, and CEAG.

As of December 2022, Stefan Quandt’s net worth is estimated to be roughly $16 Billion.

Here are some of the best highlights of Stefan Quandt’s career:

“Yes, they were. I don’t see a time in Germany when we could say: we shouldn’t think about the Nazi era anymore, we shouldn’t reflect on it anymore. But it also cannot be that this country is only defined by the twelve years of National Socialism.” – Stefan Quandt

“We have set the course for the future and are very happy about a successful generational change at the top of the company.” – Stefan Quandt

Now that you know all about Stefan Quandt’s net worth and how he achieved success; let’s take a look at some of the most vital lessons we can learn from him:

There’s no such thing as lack of time, only lack of focus. We can all do the things we want to do.

Whenever you see a successful business, someone once made a courageous decision.

It is life’s principle, and you have to accept it as it comes; nothing happens when nothing is done.

How much is Stefan Quandt worth?

Stefan Quandt’s net worth is estimated to be $16 Billion.

How old is Stefan Quandt?

How tall is Stefan Quandt?

Stefan Quandt is a German automobile heir who is one of the wealthiest people in Germany. He was formerly on the boards of Dresdner Bank AG and the Gerling Konzern Allgemeine Versicherungs AG and is currently on the supervisory board of BMW. Quandt owns a 26% stake in BMW, the world’s second-largest automaker.

We might all think that Quandt has a perfect life. However, he has also been struggling. It was a great challenge to inherit a considerable fortune from his father. Chances were high that the company could collapse under his management, which sent him thinking of how to maintain it.

As of December 2022, Stefan Quandt’s net worth is estimated to be roughly $16 Billion.

What do you think about Stefan Quandt’s net worth? Leave a comment below.