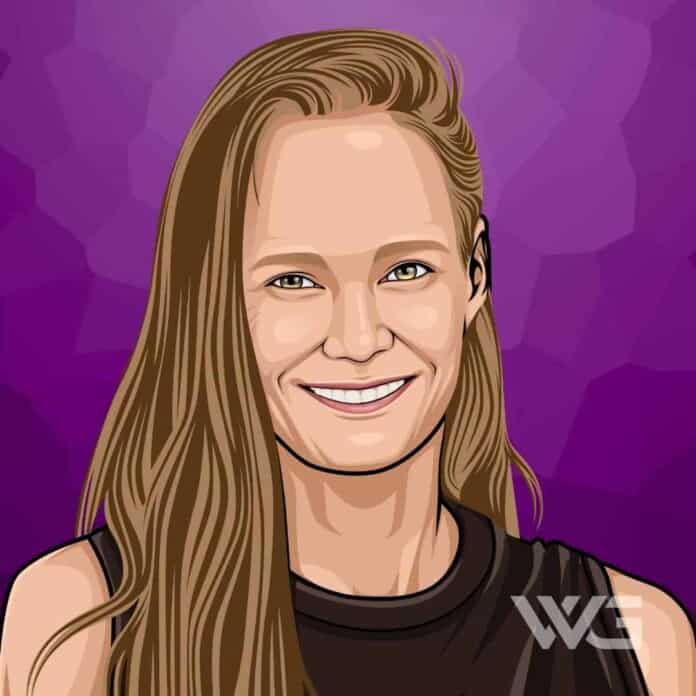 What is Suzy Amis’ net worth?

Suzy Amis is a former actress and model.

Amis was born in Oklahoma in 1962. She worked as a model for Ford and John Casablancas before acting. In 1984, she got her first acting on in one episode of ‘Miami Vice’. Some of her most notable film credits include ‘Titanic’ and ‘Twister’.

She started her career working as a Ford model before she started acting in the 1980s. She made her film debut in the comedy film ‘Fandango’ in 1985.

In 1993, she starred in ‘The Ballad of Little Jo’. She was later seen in ‘The Usual Suspects’ and ‘Titanic’. That same year, she starred in the Western Last Stand at Saber River and acted in the cult-classic ‘Nadja.’

In 2005, Amis co-founded MUSE School CA, which is a nonprofit school in the Calabasas with her sister. They had the country’s first vegan K-12 school with a 100% plant-based lunch program.

Cameron also founded Red Carpet Green Dress in 2009, which is a global initiative showcasing sustainable fashion on the red carpet at the Oscars.

In 2014, she co-founded with he husband director James Cameron Plant Power Task Force, an organization focused on showing the impact of animal agriculture on climate change and the environment.

Amis published ‘OMD: Swap One Meal a Day to Get Healthy, Live Longer, and Save the Planet’ in 2018. She is the founder of Cameron Family Farms and Food Forest Organics. Her farm in New Zeland supports regenerative agriculture using 500-600 cattle livestock to improve the soil and help carbon sequestration.

How Does Suzy Amis Spend Her Money?

Amis has helped charities such as Global Green and Green Cross International.

Here are some of the best highlights of Suzy Amis’ career:

“When ‘Avatar’ came out, we were out non-stop for a year and a half doing red carpet events. I had a stylist who helped me, but it was really hard, and we couldn’t find many sustainable dresses.” – Suzy Amis

“I have a soft spot for cashmere – even though that is not a particularly sustainable fabric, I do invest in quality, so it is sustainable in the sense that it is not just throwaway fashion and I keep it for a long, long time.” – Suzy Amis

“I know quite a few eco designers who build dresses out of old couture gowns. They disassemble, ‘upcycle,’ and reuse them in extraordinary ways. To me, that’s a sustainable way of doing things.” – Suzy Amis

“Growing up in Oklahoma the way I did, and being raised the way I was raised by my parents, gave me such a strong foundation to go out into the world and fly, so to speak, the way I was able to do.” – Suzy Amis

“When we homeschooled my oldest, Jasper, in eighth grade, I saw how empowering it is for a child to learn in their own way. That rebooted my thinking about education.” – Suzy Amis

“The second big moment came three and a half years ago. At the recommendation of a friend, I watched the documentary Forks Over Knives. It shattered the myth that we need animal protein for maximum health. On the contrary! It features the latest research and science that shows that meat and dairy consumption can contribute to cancer, diabetes, and heart disease.” – Suzy Amis

Now that you know all about Suzy Amis’ net worth and how she achieved success; let’s take a look at some of the best lessons we can learn from her:

Food is a very sensitive subject for so many people.

You can’t really call yourself an environmentalist if you’re still consuming animals. You just can’t.

Be kind gentle to people in your surroundings.

How much is Suzy Amis worth?

Suzy Amis’ net worth is estimated to be $5.5 Million.

How old is Suzy Amis?

How tall is Suzy Amis?

Suzy Amis has been seen in a lot of big-screen movies throughout her career.

In 1985, she starred in the comedy ‘Fandango’. She has also appeared in ‘Rocket Gibraltar’, ‘Where the Heart Is’ and ‘Rich in Love’. Throughout her career, she has also been seen on ‘The Ballad of Little Jo,’ ‘Blown Away,’ The Usual Suspects,’ ‘Titanic,’ Last Stand at Saber River,’ Nadja,’ and ‘Judgment Day.’

What do you think about Suzy Amis’ net worth? Leave a comment below.