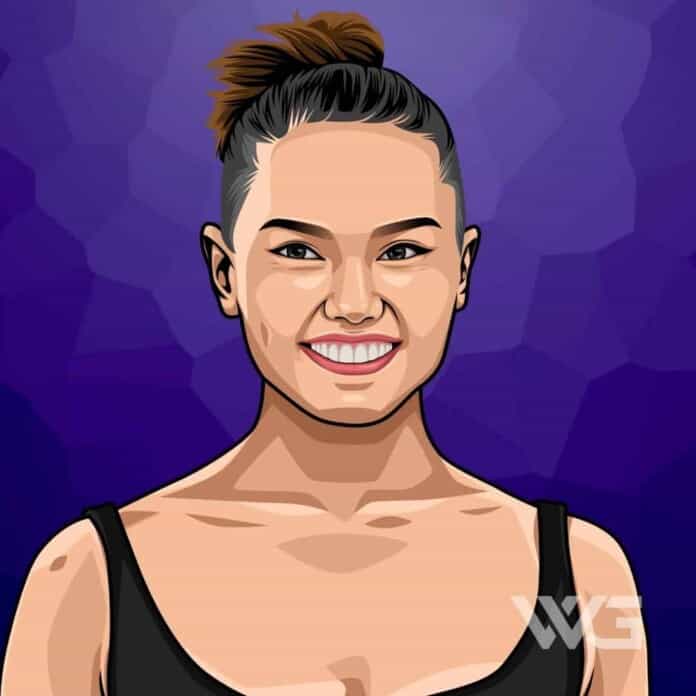 What is Daisy Ridley’s net worth?

Daisy Ridley is an English actress from London.

Ridley is best known for playing the lead role of Rey in the Star Wars sequel trilogy: ‘The Force Awakens,’ ‘The Last Jedi”, and ‘The Rise of Skywalker’, in which she rose to international prominence.

As of January 2023, Daisy Ridley’s net worth is roughly $9 Million.

Daisy Jazz Isobel Ridley was born on the 10th of April, 1992, in Westminster, London. She is the youngest of three sisters and also has two half-sisters from his father’s first marriage.

Ridley was always a movie-freak, and she watched a lot of movies as a kid, her favorite film being ‘Matilda,’ and she idolized its lead character so much that she would enact her out in front of her parents.

Ridley started auditioning for Television roles and ended up playing small characters in shows like ‘Casualty,’ ‘Toast of London’ and ‘Youngers’.

However, she was determined and talented enough to bag some good roles in independent films. She appeared in the festival-favorite short film ‘Blue Season’ and the BAFTA award-nominated interactive film ‘Lifesaver.’

In mid-2014, it was announced that Daisy would be playing a crucial character in maybe the biggest film of the decade thus far, ‘Star Wars: The Force Awakens.’

When it was decided to turn Agatha Christie’s novel ‘Murder on the Orient Express’ into a film, Daisy was the first person signed on to play the lead role. The production started for the film in 2016, and the film is expected to have a worldwide release in 2017.

Here are some of the best highlights of Daisy Ridley’s career:

“I went to a school called Tring Park School for the Performing Arts. I went because initially, I was very naughty, and my mom thought if I were busy, I’d be better. And I didn’t really do acting until later on in the school, with an amazing teacher. I left, went traveling, came back.” – Daisy Ridley

“So many people look up to Jennifer Lawrence playing Katniss in ‘The Hunger Games.’ For them to look up to Rey and what she represents would be fantastic. She’s a wonderful character… The reason I love her so much is she does all the fun stuff. She fights, runs and protects herself and has an incredibly emotional story.” – Daisy Ridley

“Rey’s parents left her at 5, and we meet her when she’s late teens or early 20s, and for someone to keep hope that there’s a better life to come, I think, is astounding. Though she starts alone, she very much finds her place in a group of people, and that’s lovely.” – Daisy Ridley

Now that you know all about Daisy Ridley’s net worth and how he achieved success; let’s take a look at some of the lessons we can learn from him:

You learn more from failure than success. Don’t let it stop you. Failure builds character.

There is nothing stronger in the world than gentleness.

Better to be called something positive and inspirational than something negative.

How much is Daisy Ridley worth?

Daisy Ridley’s net worth is estimated to be $9 Million.

How old is Daisy Ridley?

How tall is Daisy Ridley?

Daisy Ridley is an English actress known for her TV and the 2015 mega-budget film ‘Star Wars: The Force Awakens.’

he started her acting career with roles in TV shows mostly as guest appearances, but her talent was enough to make her a Hollywood favorite in a quick time.

What do you think about Daisy Ridley’s net worth? Leave a comment below.