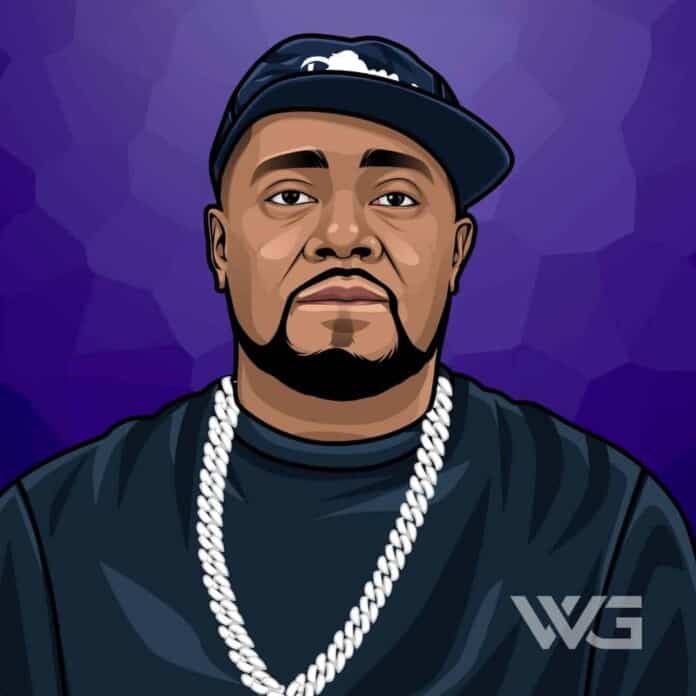 What is Twista’s net worth?

Twista is an American rapper.

He is best known for his style of rapping.

In 1992, he got the title of fastest English rapper in the world according to Guinness World Records, pronouncing 598 syllables in 55 seconds. In 1997, after appearing on ‘Do or Die’s hit single ‘Po Pimp’.

His album ‘Kamikaze’ reached the top of the US Billboard 200 album chart.

Carl Terrell Mitchell was born on the 27th of November, 1973, in Chicago.

He grew up in the K-Town area of the West Garfield Park neighborhood. He began rapping at the age of 12.

Mitchell was married from 1991 to 1999. He then had a daughter with his ex-wife. During the holiday season in 2010, Twista and his GMG team worked together with Chicago Food Bank’s Produce mobile program to feed hungry people in the community.

In 1992, Mitchell dropped his first album ‘Runnin’ Off at da Mouth’. His second album ‘Resurrection’ was set to be released in 1994.

Still, due to problems with his record label at the time Atlantic Records, and marketing issues involving fellow Chicago rapper Common’s album of the same name, the album was only released in Chicago and thus got little national attention.

In 1998, Twista worked with other Chicago rappers to form the Speedknot Mobstaz. They released their first album, ‘Mobstability’ produced entirely by The Legendary Traxster, in 1998.

His album ‘The Day After was released in 2005. It featured the singles ‘Girl Tonite’, ‘Hit the Floor’ and ‘So Lonely’ featuring Mariah Carey.

In 2013, Twista featured in a remix of Lil Reese’s song ‘Traffic’. The same year, he worked on his ninth album titled ‘Dark Horse’. He was also rumored to be in the works of signing a record deal with Kanye West‘s music label GOOD Music.

Here are some of the best highlights of Twista career:

“It was fun, just being around him and seeing the process of somebody else grow. I’ve been around many artists from the beginning of their time and watching the process of them getting to where they are. The dope thing is seeing that same confidence he has now as when he was doing his thing back then as a shorty.” – Twista

“It’s a lot of things. But one thing is where people are looking when they are performing. I don’t think people think that’s important, but I’m always watching for eye contact. Some people look down at the stage because they’re shy.” – Twista

“Perfect pronunciation, choice of words, cadences, everything. One of the big things with fast rappers, because they know they have to make the rhyme fast, they put more into the rhythm and cadence, and it takes away from what they are actually saying with the lyrics and metaphors.” – Twista

“Early on, Chicago was a big house music scene. You’ve also got the blues scene with artists like Buddy Guy. In Hip Hop, though, it was mostly because of two stations on the south side: WNUR and WHPK. These were both college stations, and they played a bunch of Hip Hop music.” – Twista

“Yeah, we’re still in the works. He’s mingling and moving around doing a bunch of things and the same with me. But we keep in contact because we got plans. We actually got the title for the project and everything. It’s going down.” – Twista

“Chicago is hot! It’s really our time now. Chicago didn’t get any attention, and even though we get a lot of bad attention right now, at least people are paying attention. When I first came up in rap, people used to laugh at me when I said I was from Chicago.” – Twista

View our larger collection of the best Twista quotes!

Now that you know all about Twista net worth and how he achieved success; let’s take a look at some of the lessons we can learn from him:

Be the most authentic person you can be, and believe in your work.

Have a passion for your work, and trust that it will become a success.

Success doesn’t come over a night. You have to stay patient.

How much is Twista worth?

Twista’s net worth is estimated to be $7 Million.

How old is Twista?

How tall is Twista?

Twista is an American hip-hop recording artist. He released the first of his many studio albums in 1991.

In 2004, with his third album ‘Adrenaline Rush,’ he became a household name. In 1992, he held the title of the fastest rapper globally, cited as being able to pronounce 598 syllables in 55 seconds.

What do you think about Twista’s net worth? Leave a comment below.