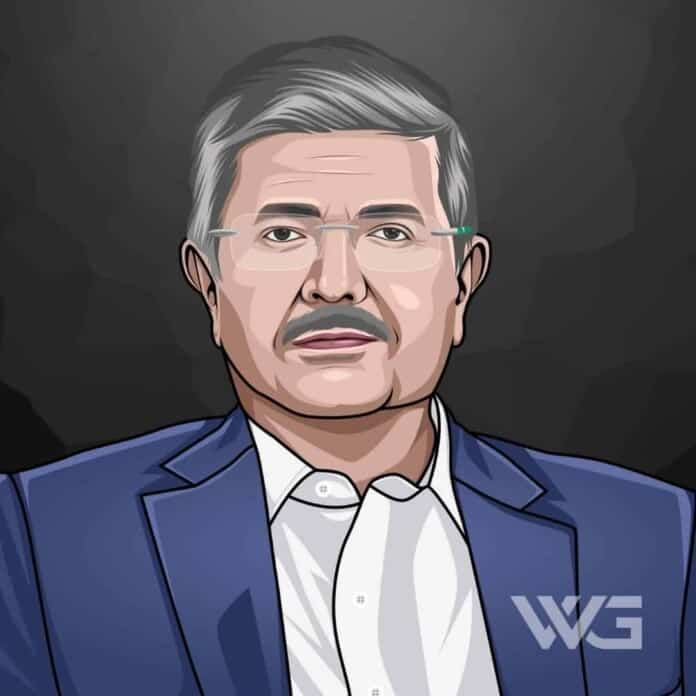 What is Uday Kotak’s net worth?

Uday Kotak is an Indian billionaire banker, and the executive vice-chairman and managing director of Kotak Mahindra Bank.

In the early 1980s, while India was still a closed economy and economic growth was muted, Kotak decided to start on his own, refusing a lucrative job option from a multinational.

Kotak was raised in an upper-middle-class Gujarati Lohana joint-family household with 60 persons sharing a common kitchen under one roof.

He earned a bachelor’s degree from Sydenham College and completed a postgraduate degree in management studies in 1982 from Jamnalal Bajaj Institute of Management Studies.

From a seed capital of less than US$80,000 borrowed from family and friends, he converted a bill-discounting start-up into a financial services conglomerate with assets of US$19 billion.

In 2014, Kotak almost doubled his wealth as shares of his Kotak Mahindra Bank hit an all-time high after he sealed a $2.4 billion deal in November 2014 for rival ING Vysya Bank, partly owned by Dutch financial services group ING.

The following year, he entered the general insurance business and is partnering with telecom magnate Sunil Mittal’s Bharti Airtel to start a small payments bank.

In August 2019 he was reported to be one of the most highly paid CEOs of any Indian bank with a monthly salary of US$38,000.

Here are some of the best highlights of Uday Kotak’s career:

“Historically, in India, the strange fact was that the equity owner was not taking as much hit as the lender. Therefore, if we restore the first principle of economics, that first, the equity owner needs to take the hit and then the lender, we will get a good solution.” – Uday Kotak

“A lot of our fiscal deficit went to fund consumption and did not get used to building investment and infrastructure. The trouble is, you can get a spurt in GDP growth, which may not be sustainable. I would much rather build the gradient of a long-term marathon.” – Uday Kotak

“We are going to position ourselves as a world-class financial institution. We want to do things that are comparable to the best in the world. At the same time, we want to have very strong human qualities.” – Uday Kotak

“It is possible that the digital world may change the need for physical branches. We will continue to add branches incrementally, but we will reach a point – whether it is 1,500, 1,800 or 2,000 branches – where we will say enough is enough.” – Uday Kotak

Now that you know all about Uday Kotak’s net worth, and how he achieved success; let’s take a look at some of the lessons we can learn from him:

Success becomes hard to achieve when we start believing something as impossible.

It’s easy to achieve something when we are not aware of the impossible.

There is no elevator to success. You have to take the stairs.

How much is Uday Kotak worth?

Uday Kotak’s net worth is estimated to be $15 Billion.

How old is Uday Kotak?

How tall is Uday Kotak?

Uday Kotak is an Indian banker who serves as Executive Vice-Chairman and Managing Director of Kodak Mahindra Bank Limited, one of India’s most successful banks.

Kotak has made a team of highly skilled professionals who have been in charge of diverse businesses in his Kotak Mahindra group, which holds many international subsidiaries that manage a wide range of investment funds.

What do you think about Uday Kotak’s net worth? Leave a comment below.

What is Elton John's net worth? Introduction As of ,...