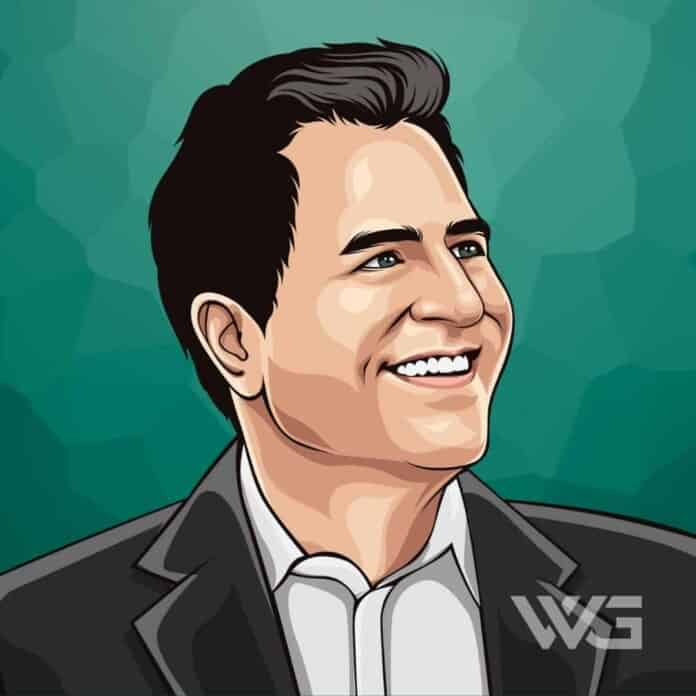 As of February 2023, Michael Dell’s net worth is estimated to be $52 Billion.

Michael Saul Dell is an American businessman, investor, philanthropist, and author from Houston. Dell is the founder and CEO of Dell Technologies, one of the world’s largest technology infrastructure companies. He is ranked as the 39th richest person in the world by Forbes.

Michael Saul Dell was born on the 23rd of February, 1965, in Houston. Dell was born to a Jewish family whose surname reflects the translation into English of the original German Tal.

Dell is the son of Lorraine Charlotte and Alexander Dell. He attended Herod Elementary School in Houston. In a bid to enter business early, he applied to take a high school equivalency exam at age eight.

Dell registered his company as “PC’s Limited’ in 1984. The same year he changed the name of the company to Dell Computer Corporation. By now his business had grown to include a few employees to take and fill orders and upgrade basic machines.

He emphasized on customer focus and made quality products and excellent customer service his priorities. His convictions paid off and the company’s sales grew manifold in the months to come.

In 1986, Dell introduced a 12-megahertz 286 processor, the fastest personal computer at that time. The price of this product compared favorably with a competing computer by IBM, and it became a huge success.

By 1992, the company was ranked in Fortune magazine’s list of the top 500 corporations. Dell, aged just 27 at that time was the CEO of one of the most successful companies in the world.

Dell launched its first servers in 1996 and storage products in 1998. In 1998, he also founded the MSD Capital L.P. to manage his family’s investment activities which include publicly traded securities, private equity activities, and real estate.

Here are some of the best highlights of Michael Dell’s career:

“Visionaries have the unique ability to dream of what’s possible and then make it a reality. We are excited to watch these visionaries use technology to help students develop skills in collaboration, critical thinking, and teamwork that they’ll need to compete in the global economy.” – Michael Dell

“There are a lot of things that go into creating success. I like to do things that cause the company to succeed. I don’t spend a lot of time doing my favorite activities.” – Michael Dell

“Don’t be afraid to fail. Get out there and experiment and learn and fail and get a rate based on the experiences you have. Go for it and when you go for it you’ll learn what you’re capable of, what the potential is, where the opportunities are, but you can’t be afraid to fail because that’s when you learn.” – Michael Dell

1. Innovate When You See an Opportunity

Michael Dell is famous for saying “There’s got to be a better way of doing it”. When he sees an opportunity, he wants to take full advantage of it.

Michael recognized the huge opportunity he had to offer better service and cheaper laptops in a market that was gradually warming up to personal computers in a big way. He started his own company in 1984 and sold $80,000 worth of devices in the first year.

Michael has been a vocal supporter of entrepreneurship in the world. He wants founders to find what moves them and then go ahead with it full-steam.

He says, “Whether you’ve found your calling, or if you’re still searching, passion should be the fire that drives your life’s work.” If you’re not passionate about what you do, it will reflect on your work and performance, and eventually, stop you from achieving your full potential.

3. Failure is a Part of Life

But you will learn from your mistakes and the mistakes of others, for there is very little learning in success.” Nobody who has ever become successful has done so without fail. Accept it as part-and-parcel of your journey, focus on the lessons you can take away, and move on.

How much is Michael Dell worth?

Michael Dell’s net worth is estimated to be $52 Billion.

How old is Michael Dell?

How tall is Michael Dell?

Michael Saul Dell is an American business magnate who founded Dell Inc., which is a world leader in the sales of personal computers (PCs).

Currently, he serves as the CEO of the organization which he had founded as Dell Computer Corporation more than three decades ago. One of the richest people in the world, he has billions invested in other companies as well.

As of February 2023, Michael Dell’s net worth is estimated to be $52 Billion.

What do you think about Michael Dell’s net worth? Leave a comment below.

Nate Diaz is one of the biggest success stories in mixed martial arts, becoming a millionaire with Ultimate Fighting Championship after winning the promotion's reality competition series.