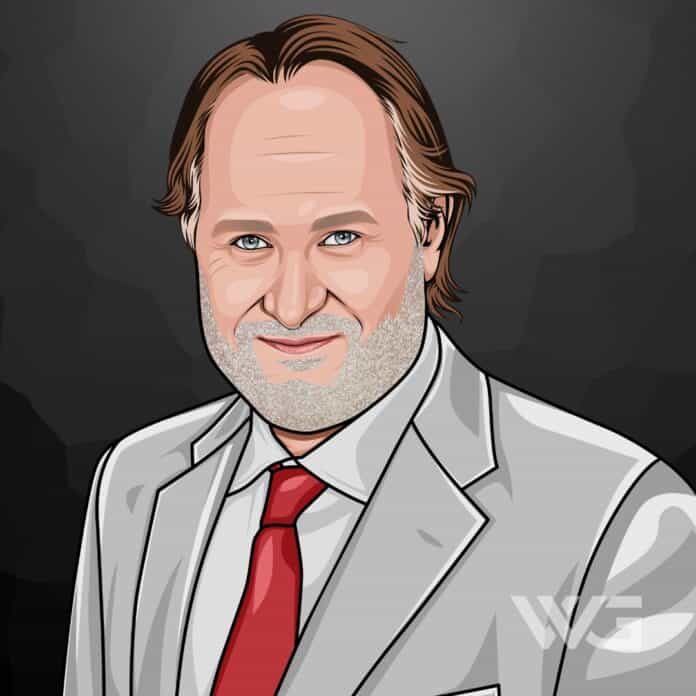 What is Jon Turteltaub’s net worth?

For over 25 years, Jon Turteltaub has been one of the leading producers and directors in Hollywood, both on the big screen and on television.

Some of his best-known works include hit movies such as Phenomenon, Cool Runnings, and The Meg.

Not only is he known for his talents in the film industry, but also for his extensive work with charitable foundations around the world.

Jon has worked closely with Walt Disney Studios to produce several mainstream films which have been incredibly successful.

As of November 2022, Jon Turteltaub’s net worth is estimated to be $80 Million.

His mother, Shirley Steinberg, was a stay-at-home mom and his dad was the legendary comedy writer, Saul Turteltaub.

Although Jon was born in New York, the family moved to California and he was brought up in Beverly Hills. He attended Beverly High School, the same high school attended by future celebrities such as David Schwimmer, Angelina Jolie, Laurence Fishburne, Cher, John Huston, Marcel Ophuls, and many more.

After school, he attended Wesleyan University and graduated with a bachelor’s degree. Jon then moved on to the USC Film School where he earned a master’s degree.

Not long after leaving film school, Jon found his first job in screenwriting and then moved on to directing in 1990.

Jon’s early work started with a feature-length film called Think Big in 1990 and had a follow-up called Driving Me Crazy, in 1991.

But, his first major commercial success was a family movie called 3 Ninjas, in 1992.

He made a name for himself in Hollywood with his internationally successful creation, Cool Runnings in 1993.

Jon helped start a successful career for Sandra Bullock in his hit romantic comedy, While You Were Sleeping, released in 1995.

Not only did his own directing career take off, but he helped both John Travolta and Kyra Sedgwick’s careers with the box office hit Phenomenon, in 1996.

He directed the seventh episode of From the Earth to the Moon, a series on HBO which portrayed the Apollo 12 crew and which received multiple awards.

However, along with his wins, came a few losses, notably Instinct, released in 1999, which was his first movie to ever lose money.

Not long after, Jon made his comeback with Disney to release The Kid, in 2000, starring Bruce Willis. Two years later, in 2004, he partnered with Disney once again to release National Treasure, starring Nicolas Cage in the leading role.

National Treasurer was an international success that stayed at number one for two weeks on Box Office and made over $87 million in the same period. Following this success, he decided to direct the sequel, National Treasure: Book of Secrets, in 2007, and released the third sequel, The Sorcerer’s Apprentice, in 2010.

Jon then contributed to three episodes of Jericho, for CBS television.

Recently, he directed two episodes of Zoey’s Extraordinary Playlist for NBC. They became two of the top ten episodes on television in 2020.

Jon Turteltaub’s career is littered with successful movies and television series. This is not surprising as he is meticulous when t comes to casting and directing his big-budget pieces.

His focus on quality and getting each scene exactly right has translated into huge revenue at the box office.

In the three decades that he has been making movies, Jon has directed 14 award-winning films and worked with the most popular and talented actors in Hollywood.

Between his films, Jo has directed multiple award-winning series and pilots that have become incredibly successful.

Here’s a breakdown of Jon Turteltaub’s annual net worth:

His success has translated into incredible personal wealth, which he’s used to help people all over the world.

He is working closely with Disney to produce a series for television titled National Treasure: Edge of History, which will no doubt earn him considerable acclaim.

Jon married Amy Eldon, a British television writer and producer. The couple got married in 2006 and have three children; Arabella Rose, Jack, and Daniel.

The family lives in a mansion in Malibu, California, a suburb known for its share of multimillionaires.

Jon prefers luxury vehicles over fast, sports cars and you can find some of the most expensive cars in the world tucked away in his garage.

Turtletaub is an extremely private individual and avoids social media and interviews focusing on his personal life.

Ever since he was at school, acting in youthful productions, Jon knew that he wanted to be in charge of what was happening on stage. He remembers thinking about lighting and positions, and actors missing their cues while saying his lines.

This focus on the details has translated into massive success for his films and series, resulting in a host of awards throughout his career.

Here are some of the more memorable moments from Jon Turteltaub’s career:

Jon has never been afraid to try something new and while it may not always have worked, he’s managed to amass plenty of award-winning performances.

His work on the well-known television series Apollo 12 and Jericho introduced him to a wider audience, with the critics loving his unique approach to film making.

How Does Jon Turteltaub Spend His Money?

Jon is extremely giving and is well-known for his charitable work alongside his wife Amy.

The couple founded an orphanage in Kenya and have been working with many different foundations to help rehabilitate child soldiers in Uganda.

Jon has also contributed in a variety of ways while serving on the DGA Western Directors Council as well as being a contributor to the Jewish Federation.

He has an impressive real estate portfolio, owning various high-end properties, including his mansion in Malibu, California.

It took Jon a few years to find his feet as a director, but 1993 was a watershed year for him as he directed Cool Runnings to much acclaim.

Here are some of the best highlights of Jon Turteltaub’s career:

Following his massive success with The Meg in 2018, his fans have been waiting for an indication that he’s busy with a sequel.

Only time will tell if they get to see him in action again, directing another movie, but he is sure not to disappoint, whatever he comes up with.

Jon has a very good feeling for what audiences will respond to and tries to ensure that his movies live up to the fans’ expectations.

Here are our favorite quotes from Jon Turteltaub:

Turtletaub is acutely aware of the fine line he has to tread to produce a great movie. He has some failures behind him but has always tried to learn from his mistakes so that he doesn’t repeat them.

1. It Is Always Possible To Bounce Back After Failure

Jon has directed many great successes throughout his career, but despite his success, there have also been failures.

Jon feels that the best way to learn how to improve and make a better movie is to take failure as a lesson. By being honest with yourself about why the movie failed, you can set yourself up for a successful film the next time around.

2. Experimenting Is The Best Way To Find Your Style

Looking back over his previous work, it is obvious that Jon crossed many lines that had not been crossed before.

With this pioneering approach, he created a whole new style of film work and found a way to stamp his unique signature on his work.

3. The Best Way To Fix Something Is To Go Along With The Mistake

After dealing with many mistakes in movie scripts, Jon found that the best way to correct these mistakes was to shoot the scenes and fix them as he went along.

This technique helped create new ideas for the films and, in the final analysis, improved the films in ways that would perhaps not have been possible any other way.

Jon Turteltaub followed in his father’s footsteps and made a huge impact on the film industry.

There has been a lot of speculation that he may make a sequel and release The Meg 2: The Trench in 2023.

He is an inspiration to up-and-coming directors and producers everywhere, setting incredibly high standards for big-budget films, with his die-hard fans eagerly awaiting his next sequel.

As of November 2022, Jon Turteltaub’s net worth is estimated to be $80 Million.

What do you think about Jon Turteltaub’s net worth? Leave a comment below.