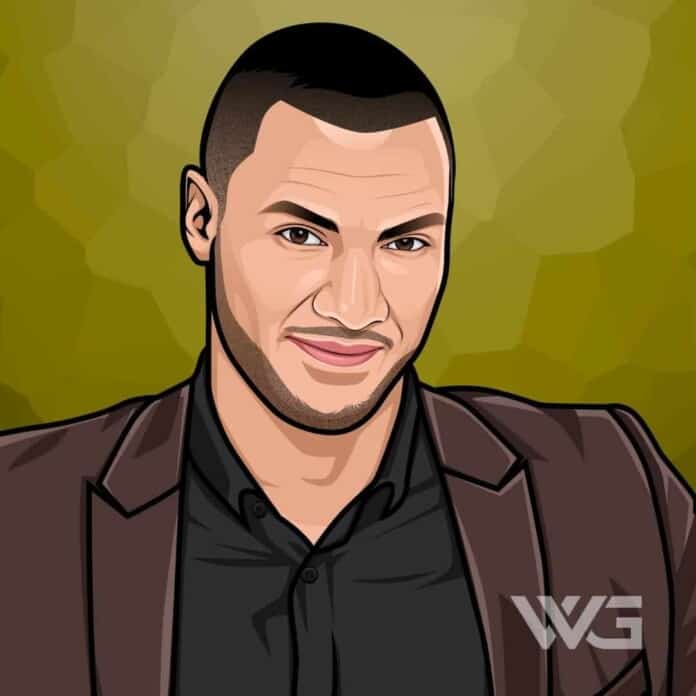 What is Andre Hall’s net worth?

Andre Hall is an American model and actor.

Hall is best known for his role as Danny Harris in the Tyler Perry sitcom ‘Love Thy Neighbor.’ He has starred in movies and tv shows such as ‘Enemy Empire,’ ‘How to Train Your Husband,’ ‘Boo! A Madea Halloween’, ‘Boo 2! A Madea Halloween’ and ‘Far.

Andre Hall was born on the 3rd of September, 1982, in Indianapolis, Indiana.

Hall moved to Los Angeles to pursue his career dreams. Hall was a model for many campaign advertisements, including UGGS Australia, Nike, and Bose.

He moved from Indianapolis, Indiana, to Los Angeles, California, in 2008 to pursue his career dreams. He was a model for many campaign advertisements, including UGGS Australia, Nike, and Bose.

In 2008, Andre Hall moved to Los Angeles to pursue his dreams of making it into the acting industry and on the big screen.

Moving from Indiana, he pursued his dreams of being the next great supermodel. He had some success early in his career modeling for huge campaigns such as UGGS Australia, Nike, and Bose. Andre set his sights on film and cinema.

His teachers at the Joanne Baron/D.W. Brown school for the dramatic arts, he honed in on his craft, working tirelessly towards greatness.

With much persistence and ambition, he fell in love with the theatre. He starred in William Shakespeare’s ‘Othello’ and ‘A Midsummer Night’s Dream.’

In 2013, he received his first major television work ever was his role in ‘Love Thy Neighbor.’ In 2015, Hall was cast in ‘Toni Braxton: Unbreak My Heart’ and was released in 2016.

Here are some of the best highlights of Andre Hall’s career:

“People have come to know Danny as this little kid trapped in a man’s body, but this season he’s letting everyone know that he’s a man. He gets married, and so many things change. It’s not just about you anymore, and that’s where Danny has to grow up. He’s now responsible for someone else. So he has to be a provider and take care of his wife.” – Andre Hall

“I’ve known since I was eight years old. One day I got in trouble, and I couldn’t go outside, so my grandma made me sit down and watch a movie, it was “The Black Stallion” by Francis Ford Coppola. I was mesmerized by this film, and I knew that one day I was going to be on TV.” – Andre Hall

“I have more faith now than I ever had before. Between all those odd jobs, sleeping on the floor and being constantly told ‘no’ for reasons out of my control like: ‘you’re too light skin,’ you’re not black enough, ‘you’re not urban enough.’ As an actor, people are always criticizing you, so it just made me fall in love with myself.” – Andre Hall

“Being around Mr. Perry, I try and pick his brain as often as possible. The way he can bring his visions to fruition is fascinating. The opportunity to work right next to him and ask questions is such a blessing. I’m currently working on a feature film about Martin Luther King, Jr. It’s making me a more well-rounded artist, it’s definitely enhanced my acting.” – Andre Hall

“He’s challenged with letting go of his college ways, always hanging out with his friends, and being overly involved in his family’s affairs. This season Danny has to stand up for Troy and let the family know they can’t disrespect her because this is my life and this is my wife.” – Andre Hall

Now that you know all about Andre Hall’s net worth and how he achieved success; let’s take a look at some of the lessons we can learn from him:

Stand on your truth and what you believe in. Don’t let anyone alter that because you can’t build a house on a weak foundation.

If you really want to get to this level—and I’m trying to go even higher, never settle, always strive to get better, and stay in gratitude because that multiplies everything.

2. Happiness Is Your Responsibility

It’s completely up to you to figure out how to solve your problems and what you need in life to feel satisfied and content.

This is an impossible goal to achieve. Not everyone will approve of you, agree with you, or even like you. You will never be happy if you continue to please people around you. Some people will use you.

How much is Andre Hall worth?

Andre Hall’s net worth is estimated to be $2 Million.

How old is Andre Hall?

How tall is Andre Hall?

Andre Hall is an American actor and model. Hall is known for starring in the TV series ‘Tyler Perry’s Love Thy Neighbor.’ He was born in 1982. In 2019, he starred Oliver on the TV series ‘The Haves and the Have Nots.’

What do you think about Andre Hall’s net worth? Leave a comment below.