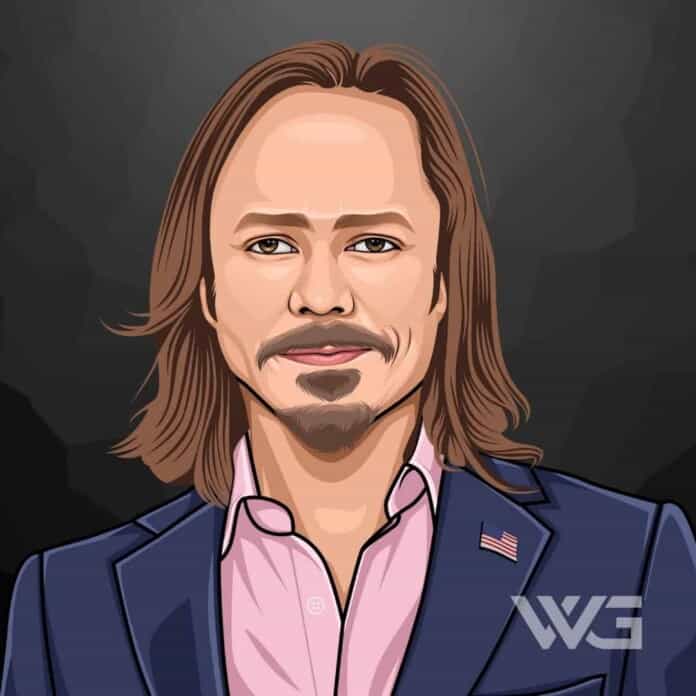 What is Brock Pierce’s net worth?

Brock Pierce is an American entrepreneur and former child actor who transitioned from roles in Disney movies to becoming one of the most successful cryptocurrency investors in America.

In addition to his bitcoin investments, Pierce has earned additional revenue through pioneering gaming currencies and investing in online casinos.

As of February 2023, Brock Pierce’s net worth is estimated to be $2 Billion.

Brock Pierce was born in Minnesota, America, on 4th November 1980, and began making appearances in commercials from an early age.

Before long, Pierce was signed up to appear in Hollywood movies, beginning his career as a child actor.

Brock Pierce’s first major movie role came when he was ten years old, playing the role of Gordon in the hit children’s movie, The Mighty Ducks alongside Emilio Estevez.

He reunited with Estevez – brother of famous actor Charlie Sheen – for D2: The Mighty Ducks, going on to appear in movies including Little Big League, Three Wishes, and Legend of the Lost Tomb.

After retiring from acting when he was seventeen, Pierce set up Digital Entertainment Network in the late 1990s, producing internet-based video content.

By 2001, Pierce was branching out his venture capital investments into the games industry, establishing the company Internet Gaming Entertainment and buying out smaller competitors over the following years.

In 2013, Pierce moved into bitcoin and cryptocurrencies, through which much of his outstanding net worth would be earned.

While Brock Pierce’s precise career earnings are not known, the former child actor and entrepreneur has earned income from his digital entertainment network and other crypto investments.

Brock Pierce’s net worth has continued to grow exponentially over the last several years, with much of this growth attributed to his investments in crypto and bitcoin.

Here’s a breakdown of Brock Pierce’s annual net worth:

Brock Pierce is currently married to Crystal Rose, the co-chairman of the United Council of Rising Nations and CEO of the Sensay company.

The couple has a daughter together and they currently reside in Puerto Rico, where they moved in 2017.

In 2000, three DEN employees filed a lawsuit against Pierce alleging they were plied with drugs and abused, although none of the accusations against Pierce have been corroborated.

At the time of writing, there are no awards or achievements credited to Brock Pierce available.

How Does Brock Pierce Spend His Money?

With a net worth of $2 billion and counting, Brock Pierce is well on the way to becoming one of the richest people in America, with a lifestyle to match.

He regularly travels the world on one of the most expensive private jets in the world, a Gulfstream jet, taking frequent trips to Puerto Rico.

He’s the owner of some of the most expensive houses you can buy, in addition to an eclectic real estate portfolio that includes a converted former monastery and Dwight Howard’s Pierce School Loft in Washington, D.C.

Following on from his brief but successful career as a child actor working in the Hollywood film industry, Brock Pierce has had a notable life as an entrepreneur.

His investments in cryptocurrencies, as well as those in video games, have helped him achieve his exceptional net worth.

Here are some of the best highlights of Brock Pierce’s career:

With dozens of interviews in some of the most prestigious magazines and media outlets to his name, Brock Pierce has plenty of insights into success we can learn from.

Here are our favorite quotes from Brock Pierce:

Now that you know all about Brock Pierce’s net worth, let’s take a closer look at some of the amazing lessons we can learn from his life and experiences.

His early career as an actor, coupled with his hugely successful business ventures, reveal a great deal about achieving success across multiple domains.

Here are some of the best success lessons to learn from Brock Pierce:

Brock Pierce had a promising career ahead of him in the film industry following early success as a child actor.

He realized that this wasn’t for him, quickly changing his life’s path into a string of lucrative business ventures and investments.

2. When You See An Opportunity To Take On A New Business Trend Early, Take It

When internet video services and cryptocurrencies were in their infancy, Pierce understood the importance of getting his foot in the door early on.

3. Don’t Be Afraid To Take On Multiple Roles At One Time

Putting all of your proverbial eggs in one basket is a surefire way to fail, so take a lesson from Brock Pierce’s life and diversify your activities and investments.

That concludes this guide to entrepreneur and former child actor Brock Pierce’s net worth, covering his early movie roles and lucrative business ventures.

His experiences offer informative lessons on embracing innovation and refusing to be limited in the ventures you pursue in life.

With Brock Pierce’s net worth likely to change over time, we’ll be updating this article to include the latest information, so make sure you check back in the future.

As of February 2023, Brock Pierce’s net worth is estimated to be $2 Billion.

What do you think about Brock Pierce’s net worth? Leave a comment below.