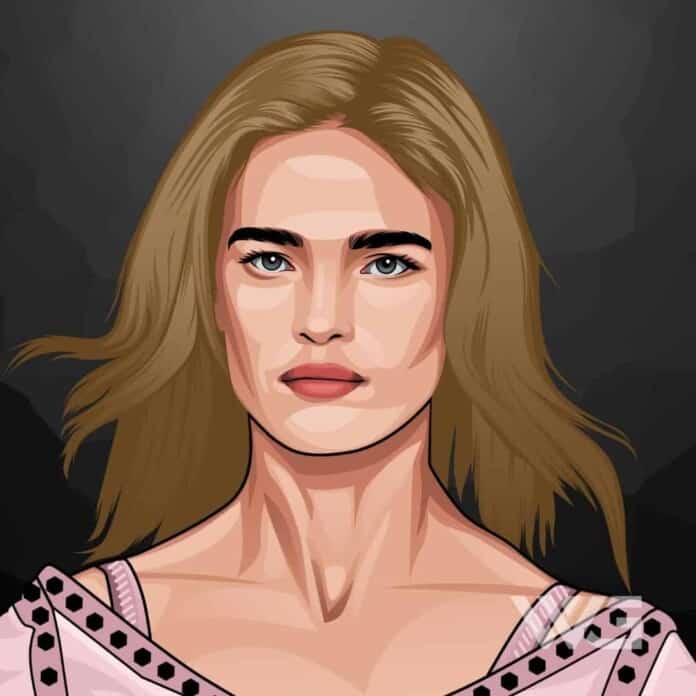 What is Natalia Vodianova’s net worth?

Natalia Vodianova is a Russian model, philanthropist, entrepreneur, and public speaker from Russia. She is well known for her rags to riches life story and for her eight-season, seven-figure contract with Calvin Klein.

In 2012, she came in third on the Forbes top-earning models list, estimated to have earned $8.6 Million in one year.

As of November 2022, Natalia Vodianova’s net worth is roughly $50 Million.

Natalia Mikhailovna Vodianova was born on the 28th of February, 1982, Gorky, Russia. Vodianova grew up in a poor district with her mother, Larisa, and two half-sisters, Kristina and Oksana.

As a teenager, Vodianova helped her mother sell fruit on the street and later set up her own fruit stand with a friend to help her family out of poverty.

At the age of 15, Vodianova enrolled in a modeling agency. By the age of 17, she had moved to Paris, and signed with Viva Models. Vodianova has achieved success as a runway, editorial, and advertising campaign model.

She has worked with all the prolific fashion photographers such as Mario Testino, Annie Leibovitz, Steven Meisel, Patrick Demarchelier, Paolo Roversi, Bruce Weber and Peter Lindbergh, and much more.

In Spring 2009, Vodianova entered a three-year agreement to be a brand ambassador for the French lingerie company Etam and will design a lingerie collection each season during the term of the agreement.

In 2015, Vodianova was photographed by Steven Meisel for the 2015 Pirelli Calendar; this was her fourth appearance in Pirelli since 2003. She returned as the face of Calvin Klein’s Euphoria fragrance shot by Inez and Vinoodh, ten years since her first exclusive contract with Calvin Klein.

Here are some of the best highlights of Natalia Vodianova’s career:

“When you are at the bottom, you find beauty in such little things and goodness in such little gestures. When I compare any struggle today to ones that I may have had in my childhood, there is nothing that can bring me down.” – Natalia Vodianova

“I live a very different life now, with incredible privileges, but looking back I realize that growing up in Russia gave me tools that other people don’t necessarily have – such as the will to push that bit further, to make things happen, to succeed.” –Natalia Vodianova

“Because of my childhood where I was constantly by myself, I always feel lonely. I have a lot of people that I absolutely love and I know to love me but I can’t get rid of that feeling of loneliness no matter who I’m with – even with my children.” – Natalia Vodianova

“I love Yves Saint Laurent and Giambattista Valli and Givenchy, and I get given quite a lot, but perhaps nothing is as wonderful as the white fake leather trench coat I got when I was 15.” – Natalia Vodianova

Now that you know all about Natalia Vodianova’s net worth, and how she achieved success; let’s take a look at some of the lessons we can learn from her:

Once a decision is made by the Board, or the leadership team, it’s yours even if you argued against it during discussions. Your job as a leader is to get others to believe in, and work towards, a shared goal, not to divide opinion or loyalties.

Start from the position that everyone is doing the best they can, then look for ways to support and encourage them – which is so much more rewarding than finding fault.

3. Don’t Be the Smartest Person In the Room

Being a leader does not mean knowing more than anyone else.

Recognize, encourage and promote others as experts. Give them the trust and autonomy to be creative and do excellent work, defined in their terms. You simply provide the direction, so that this excellent work contributes to a shared purpose.

How much is Natalia Vodianova worth?

Natalia Vodianova’s net worth is estimated to be $50 Million.

How old is Natalia Vodianova?

How tall is Natalia Vodianova?

Natalia Vodianova is a Russian model and philanthropist who at times has been one of the highest-paid models in the world with annual earnings that can top $7-10 million.

As of November 2022, Natalia Vodianova’s net worth is estimated to be roughly $50 Million.

What do you think about Natalia Vodianova’s net worth? Leave a comment below.

What is Sean Penn's net worth? Introduction  As of ,...

What is Russell Westbrook's net worth? Introduction  As of ,...