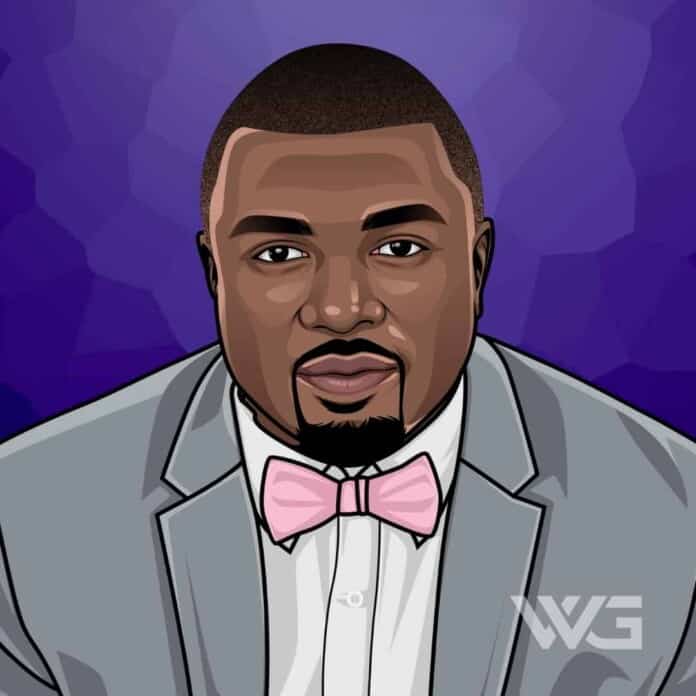 What is Brian Westbrook’s net worth?

Brian Westbrook is a former American football running back.

Westbrook played nine seasons in the National Football League. The Philadelphia Eagles drafted Westbrook in the third round of the 2002 NFL Draft. Following a long career with the Eagles, he earned two Pro Bowl selections in 2004 and 2007.

Westbrook signed with the San Francisco 49ers, for whom he played in 2010.

Brian Collins Westbrook was born on the 2nd of September, 1979, in Maryland. Westbrook attended DeMatha Catholic High School, and he was an excellent student.

Westbrook holds the NCAA all-time record for all-purpose yards with 9,512. As a senior, Brian won the Walter Payton Award. He was a two-time A-10 Offensive Player of the Year.

The Philadelphia Eagles drafted Westbrook in the third round of the 2002 NFL Draft. He played with the Eagles from 2002 to 2009.

During the same, he won an NFC Championship, was selected to two Pro Bowls, and was a two-time All-Pro. In 2007, Westbrook was the NFL Alumni Running Back of the Year and was selected to the Philadelphia Eagles 75th Anniversary Team.

He played running back and punt returner and also had many receptions. He finished his career with the San Francisco 49ers in 2010 and retired with the Eagles in 2012.

The following year, it was reported that he is experiencing memory loss, likely due to concussions. He has a real estate investment company in the DC area and has formed Brian’s Blessings charity group.

Here are some of the best highlights of Brian Westbrook’s career:

“My agent and I have told the Eagles’ management that we’re no longer interested in talking to them as far as the contract situation, … We don’t feel as though we’ve received a proposal from them that really represents the value that I bring to this team and my market value. I think that in the last 21/2, 3 years that I’ve been here, I’ve brought a lot to this team.” – Brian Westbrook

“I’ve said it before: I don’t think one man ruined this locker room. I can’t sit here and say T.O. ruined this locker room, but it affected. I don’t know how much he distracted us, but part of the issue with Terrell was that at some point, we weren’t always focusing on football. As a team in a competitive sport, you have to be able to do that.” – Brian Westbrook

“I’m glad the Eagles have recognized my talents and dedication to this team, … Philadelphia is a great football city and a great place to play, and we have had a winning tradition on this team that I want to continue to be a part of. The fans are very passionate and have been very supportive of this team and me.” – Brian Westbrook

“I didn’t put up yards against anyone but their defense, … LaMont Jordan doesn’t play defense. He’s an outstanding offensive player, but our defense did a good job of holding him in check. I go out and do the things that I can do – which is catching the ball and run the ball.” – Brian Westbrook

“Don’t mind doing it. I think I’m a perfect offensive weapon, and I think that Dexter Wynn and Reno have been doing a pretty decent job. Hopefully, they’ll be able to stay back there and keep up the good work.” – Brian Westbrook

Now that you know all about Brian Westbrook’s net worth and how he achieved success; let’s take a look at some of the lessons we can learn from him:

Be thankful for what you have, and you’ll end up having more.

Focus on the journey, not the destination.

How much is Brian Westbrook worth?

Brian Westbrook’s net worth is estimated to be $16 Million.

How old is Brian Westbrook?

Brian Westbrook was born on September 2, 1979, and is currently 43 years old.

How tall is Brian Westbrook?

Westbrook played college ball at Villanova University. He was a two-time A-10 Offensive Player of the Year.

What do you think about Brian Westbrook’s net worth? Leave a comment below.