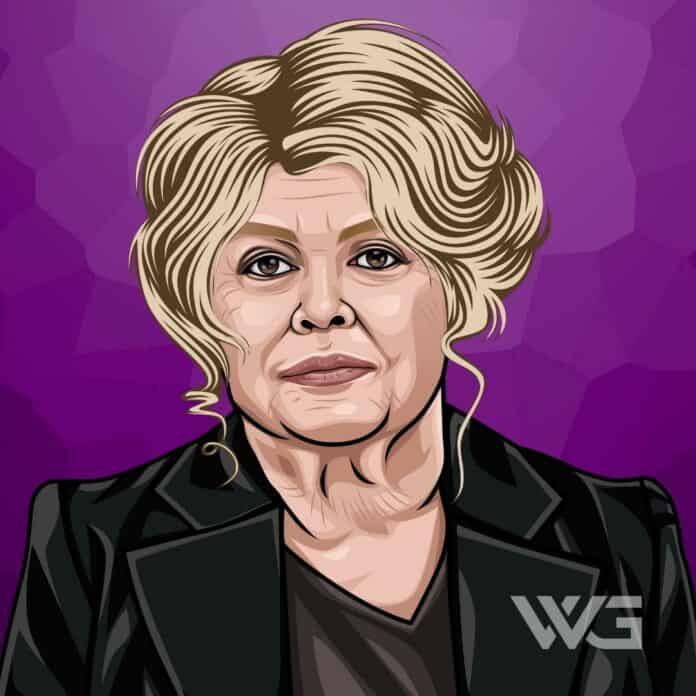 What is Brigitte Bardot’s net worth?

Although Brigitte Bardot retired from acting in 1973, she remains one of the preeminent icons of her time.

Brigitte has earned millions throughout her career and is often considered one of the most influential figures in women’s history.

As of January 2023, Brigitte Bardot’s net worth is estimated to be $65 Million.

As a child, Brigitte suffered from Amblyopia, which caused reduced vision in her left eye, and because her mother was selective in choosing companions for her, she grew up with few friends.

When she was seven, Brigitte was admitted into Cours Hattemar, a private school that she attended three days a week while also studying dance at a local studio.

In 1949, Brigitte was inducted into the Conservatoire de Paris for ballet while also attending the Institut de la Tour, a private Catholic high school near her home.

During this time, Brigitte was noticed by Helene Gordon-Lazareff, the director of Elle and Le Jardin des Modes magazines, who hired her as a junior fashion model.

In 1952, Bardot appeared on the cover of Elle magazine and made her film debut in Le Trou Normand. This opened the door for her first leading role in Manina, la Fille Sans Voile.

In 1956, she was cast in Mio Figlio Nerone, which required her to dye her hair blonde, a style that she liked so much she kept it, and it became one of her signature styles.

Bardot shared the screen with Sean Connery in Shalako in 1968, following her BAFTA nominated role in Viva Maria, which helped make her even more famous among western audiences.

While she retired from the big screen in 1973, after having starred in 47 films, she marked her 40th birthday in 1974 by modeling nude for Playboy magazine.

Since retiring, Bardot has become a staunch animal rights activist, donating over $140,000 to programs that spay and neuter pets and put them up for adoption.

Bardot has also published five books. Her most recent, Pourquoi, was published in 2006 and tackled the subject of animal abuse.

Brigitte Bardot has kept her recent earnings under wraps, but we do have some information about what she earned during her time as an actress.

Although she hasn’t made her exact earnings public, what we do know includes:

While she isn’t one of the richest actresses in the world, Brigitte Bardot has done well for herself and continues to make money, mainly from the books she has published.

Brigitte Bardot has had 17 public relationships throughout her career and was married four times, the first being to Roger Vadim in 1952, which lasted until 1957.

Charrier and Bardot divorced in 1962, and Nicolas was largely raised by his father’s family, having little contact with Brigitte until adulthood.

Bardot’s third marriage was to German millionaire Gunter Sachs in 1966, but by 1969 the pair had divorced, with Brigitte starting to date Partick Gilles in 1968.

In 1992, Bardot was married for the fourth and final time to Bernard d’Ormale, to whom she remains married today.

Aside from her advocacy for animals, Brigitte remains largely out of the spotlight today, apart from sporadic interviews, such as her 2012 tell-all with Vanity Fair. She also has a fan-run Instagram account that keeps admirers up-to-date with her appearances.

Brigitte Bardot has won and been nominated for many awards throughout her career.

While not the most well-known actress to western audiences, her appearances throughout French cinema have earned her much renown.

Here are some highlights from Brigitte Bardot’s career:

How Does Brigitte Bardot Spend Her Money?

Brigitte Bardot regularly donates her money to animal rights organizations and campaigns, but she also owns her own ocean-side estate in Saint-Tropez, France.

Her estate, called La Madrague, is secluded and quiet, with picturesque views, providing her with all the privacy she requires.

She may not be living in one of the most expensive cities in the world, but Bardot is certainly living a life of unparalleled luxury.

Brigitte Bardot has reached many milestones throughout her career as an actress in France.

Despite retiring fairly young, some of her most significant achievements have come years after leaving the big screen.

Here are some of the best highlights of Brigitte Bardot’s career:

Brigitte Bardot may not be active on-screen anymore, but she has said several things that have stood out to fans.

Bardot certainly isn’t one to sugar coat her feelings, and she calls things how she sees them!

Here are our favorite quotes from Brigitte Bardot:

Now that you know all about Brigitte Bardot’s net worth, we can look at the lessons she can teach us about succeeding in our own lives.

While we may not all be striving to become actors, some of the lessons we can learn from her career are universal.

Here are some of the best success lessons to learn from Brigitte Bardot:

1.  Don’t Worry About What Other People Think

Brigitte Bardot may have risen to fame as a sex symbol, but she hasn’t let that status influence her decisions.

If you worry too much about meeting the expectations of others, you’ll only end up holding yourself back and being someone that you’re really not.

If you’re unhappy with your current situation or want to try something new, don’t be afraid to move on to something else.

Whether this is another hobby, side hustle, or career, there is no point slogging away at something you will not be putting your heart into.

There are a lot of animals in the world that need a good home, and if you have the means, you should look into helping them out.

Whether this is adopting one into your family or donating to a local shelter, a little can go a long way when it comes to making a positive difference for animals in need.

Brigitte Bardot has made a lasting impact in the entertainment industry and remains an iconic figure even decades after retiring.

While she may no longer be in the spotlight, she doesn’t shy away from making her opinions known through interviews and books.

Although her wealth may not be skyrocketing anymore, make sure to check back to stay up-to-date with any changes regarding her net worth.

As of January 2023, Brigitte Bardot’s net worth is estimated to be $65 Million.

What do you think about Brigitte Bardot’s net worth? Leave a comment below.

Slavica Ecclestone used her good looks and bubbly personality to earn millions as a model and then became a billionaire after she divorced her husband.