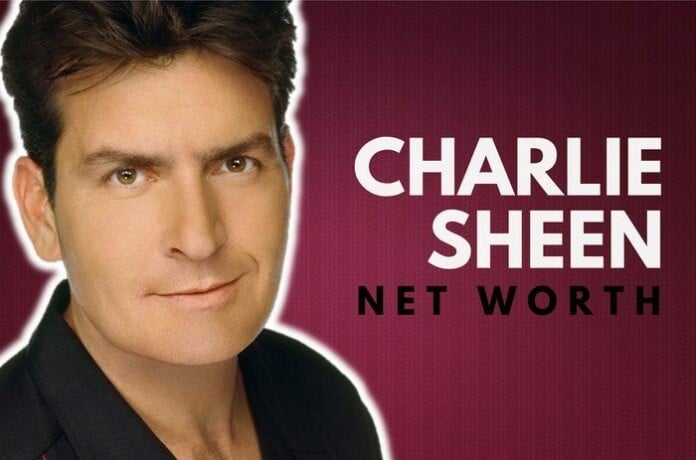 What is Charlie Sheen’s net worth?

As of November 2022, Charlie Sheen’s net worth is estimated to be $10 Million.

Charlie Sheen is an American actor, who became famous for his work in the late 80’s.

Many of the younger generation know him as the iconic Charlie Harper in Two and a Half Men; but before that, Sheen starred in films such as Platoon, Wall Street, Young Guns, Major League and so on.

He’s known for his addictions, wild partying, rebellious and rock-star like behavior, and has been plastered all over the news in the past for this.

How did Charlie Sheen become successful in acting? Keep reading to find out.

Charlie Sheen was born Carlos Irwin Estévez on the 3rd September, 1965, in New York City. He has two older brothers, Ramon and Emilio, and a younger sister called Renee. Sheen’s father was also an actor/director, and directed the very first film that Sheen appeared in.

He attended Santa Monica High School, and showed an interest in acting from a very early age. A few weeks before high school graduation, Sheen was expelled due to his poor grades and attendance levels.

After this, Sheen decided to become an actor, and took the stage name Charlie Sheen. His father had already adopted the surname Sheen in honor of the Catholic archbishop and theologian Fulton J. Sheen; whilst the name ‘Charlie’ came from an English form of his given name, ‘Carlos’.

Charlie Sheen’s film career began in 1984, when he starred in Red Dawn. Over the remaining period of the 1980’s, Sheen went on to star in some very popular films. Many of which you will see below, in the highlight section.

In 2003, Sheen became the notorious Charlie Harper in Two and a Half Men. He played the character for a long 8 years, as the show became one of the most watched shows on Television.

The problem came when Sheen adopted a rebellious, rock star like behavior. He became addicted to drugs and alcohol, was partying wildly, causing havoc, and appearing in all the news outlets for causing trouble.

They predicted it wouldn’t be long until Sheen went off the rails.

In 2011, Sheen was relieved from the Two and a Half Men series, whilst struggling in and out of rehab. Since then, his film career has been very quiet.

As of November 2022, Charlie Sheen’s net worth is estimated at $10 Million.

Here are some of the best highlights of Charlie Sheen’s career:

“You can’t process me with a normal brain.” – Charlie Sheen

“Life all comes down to a few moments. This is one of them.” – Charlie Sheen

“You either love or you hate. You live in the middle, you get nothing.” – Charlie Sheen

“But you can’t focus on things that matter if all you’ve been is asleep for forty years. Funny how sleep rhymes with sheep. You know.” – Charlie Sheen

“Here’s the good news. If I realize that I’m insane, then I’m okay with it. I’m not dangerous insane.” – Charlie Sheen

“I try to be known more for my work than for anything else.” – Charlie Sheen

“I think I have a duty as a recovering guy to help, to make my knowledge of what I went through accessible.” – Charlie Sheen

Charlie Sheen: In His Own Words

How much is Charlie Sheen worth?

Charlie Sheen’s net worth is estimated to be $10 Million.

How old is Charlie Sheen?

How tall is Charlie Sheen?

Charlie Sheen, although not high up on the ‘richest actors list’, is still one of the most iconic actors in the world.

What do you think about Charlie Sheen’s net worth? Leave a comment below.