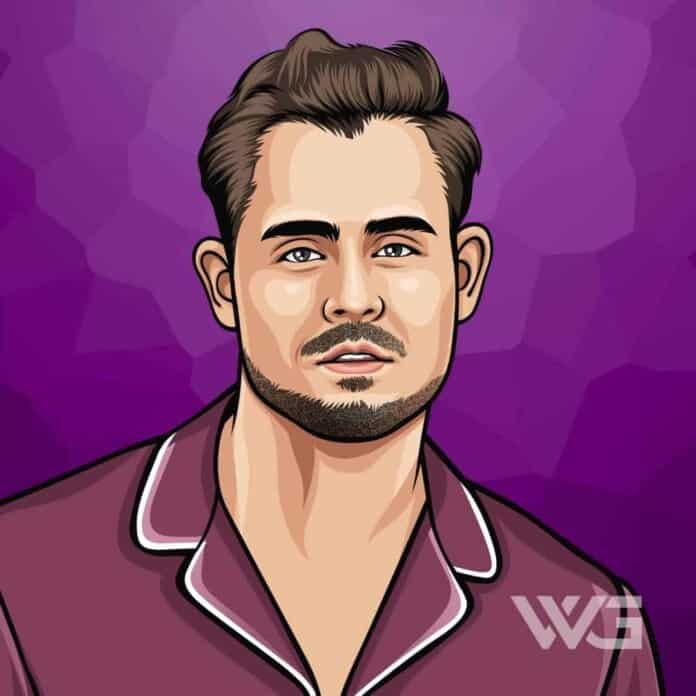 What is Dacre Montgomery’s net worth?

As of December 2022, Dacre Montgomery’s net worth is estimated to be $2 Million.

Dacre Montgomery is an Australian actor from Perth, Australia. Montgomery is best known for his portrayal of Jason Lee Scott in ‘Power Rangers’ and Billy Hargrove in ‘Stranger Things’.

Dacre Kayd Montgomery was born on the 22nd of November, 1994, in Perth, Australia. Montgomery is the son to Scott and Judith Barrett–Lennard. His father was from New Zealand, and his mother was from Canada.

Dacre was known as a fat kid in school and was bullied a lot. His love for acting gave him strength and made him work toward his dream of being an actor by participating in school plays.

Montogomery started his acting career as a teenager and appeared in a few short films, such as ‘Bertrand the Terrible’ in 2010. In 2011, he appeared in the pilot episode of the series ‘Family Tree.’

He appeared in the short film ‘Godot’s Clinic in 2015.’ In the next two years, he featured in two independent feature films, ‘Safe Neighbourhood’ and ‘A Few Less Men.’

In 2016, an announcement stated that he had been selected to play the role of an Australian bad guy, ‘Billy Hargrove,’ in the successful ‘Netflix’ series ‘Stranger Things.’

He joined the cast of the show as a regular character from the second season, and the cult series received further accolades for the performances of the cast. The second season surpassed the first season in terms of critics’ and users’ ratings.

He appeared in the Australian–American psychological horror film ‘Better Watch Out in 2016.’ He played one of the leading roles in the film, which was immensely appreciated by critics. The movie was showcased at a number of film festivals. However, the box-office collections of the film were not too encouraging.

The year 2017 brought him huge success, with two major projects. He first appeared as one of the main leads, ‘Jason,’ in the film reboot of the popular kids’ show ‘Power Rangers.’

As of December 2022, Dacre Montogomery’s net worth is $2 Million.

Here are some of the best highlights of Dacre Montgomery’s career:

“It’s one huge arc right until you’re in your early 20s. You’re always changing and always learning, but it’s very much that chapter in your life: fall crazy in love, become extremely angry at little things. It’s a tumultuous time.” – Dacre Montgomery

“It sounds super cliche, but my sister is 12 years younger than me, and I remember when I was there holding her in my arms for the first time. And that kind of responsibility you feel when you hold a child in your arms.” – Dacre Montgomery

“My parents worked in the film industry, but they both worked behind the camera, so I like to think that I have a really good understanding of how all the parts of the puzzle come together to make a film or TV show.” – Dacre Montgomery

“It’d been about four months since shooting ‘Power Rangers,’ and ‘Stranger Things’ was the first thing I saw that made me think, ‘I need this.’ I had one day to get my act together, so I made a short film rather than a self-tape. It had an opening score, opening titles, and I may or may not have put on a g-string and danced to ‘Hungry Like a Wolf.” – Dacre Montgomery

“I was bullied in high school, and it’s interesting coming from the other side of the camera lens, finding out that all of these people that I thought were my antagonists in my life were probably just as insecure as I was at that age.” – Dacre Montgomery

Now that you know all about Dacre Montogomery’s net worth, and how he achieved success; let’s take a look at some of the best lessons we can learn from him:

There comes a time when something changes you… No matter the impact… Where the world no longer beats in time with you. You no longer feel amongst the fray. And the feeling of loneliness is a brandished armor you wear for the rest of your life.

It does not take much to make us realize what fools we are, but the little it takes is long in coming.

One of the hardest and truest things a grown-up learns is that sometimes it’s not okay.

How much is Dacre Montgomery worth?

Dacre Montgomery’s net worth is estimated to be $2 Million.

How old is Dacre Montgomery?

How tall is Dacre Montgomery?

Dacre Montgomery is an Australian actor best known for his starring roles in the film ‘Power Rangers’ and the ‘Netflix’ series ‘Stranger Things.’

His school’s yearbook showed him being hailed by his classmates as someone who was “Most Likely to be a Hollywood Star”, and today we can agree with his classmates.

As of December 2022, Dacre Montogomery’s net worth is $2 Million.

What do you think about Dacre Montgomery’s net worth? Leave a comment below.