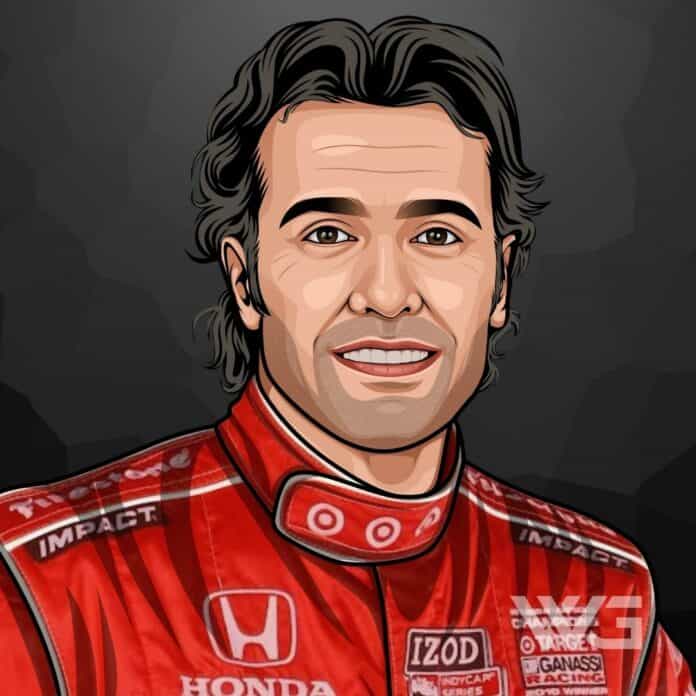 What is Dario Franchitti’s net worth?

Dario Franchitti started his career in the 1990s and, since then, has become one of the biggest names in racing, earning millions on the track.

Although Franchitti retired in 2013, he has continued to grow his fortune as a motorsports commentator for Formula E racing.

As of February 2023, Dario Franchitti’s net worth is estimated to be $50 Million.

When he was eight, his family moved from Bathgate to Whitburn, and he attended Stewart’s Melville College in Edinburgh.

During his time at Stewart’s, Franchitti became interested in karting, and after getting involved himself, he went on to win the Karting Scottish Junior Championship in 1984.

By 1992, Franchitti had moved into Formula Vauxhall Lotus, where he joined Paul Stewart Racing and finished fourth in the championship.

Franchitti graduated to British Formula 3 racing in 1994, and while he wasn’t retained for the following year, he was contracted by AMG Racing to drive in the German Touring Car Championship.

In 1997, he was offered a deal to become McLaren’s test driver but turned it down to race in CART.

Ultimately, Franchitti would stay with CART until 2002, when he joined the IndyCar Series.

Starting in 2003, Franchitti raced in the IndyCar Series for the Andretti Green team, and while a back injury caused him to miss a large portion of his first season, he returned the following year to win his first race at the Milwaukee Mile.

Franchitti enjoyed another two IndyCar Series wins in 2005, and he re-signed with Andretti Green Racing in 2007 and won the Indianapolis 500, receiving $1.6 million in prize money.

The same year, he joined NASCAR but only remained for half a season in 2008 before moving back to the IndyCar Series.

Franchitti would continue winning IndyCar races, securing a total of four titles between 2009 and 2012.

Unfortunately, in 2013, during a race in Houston, Franchitti was involved in a horrific crash that caused his car to go airborne into a fence, injuring 13 fans with flying debris.

Franchitti himself sustained a spinal fracture, a concussion, and a fractured ankle, and he was warned that continued racing would put him at the risk of paralysis.

Seeing no other option, Franchitti retired at the end of 2013.

Dario Franchitti was one of the richest racing drivers in the world before he retired, and while he has since been surpassed, his earnings are still significant.

While we don’t have access to everything he has earned over the course of his 11-year career, we do know what he’s made from some of his greatest races.

He may not have come close to earning as much as Michael Schumacher, but Dario Franchitti wasn’t hurting for money during his racing career.

Although the couple divorced in 2013, they reportedly are still friendly and parted on amicable terms.

Franchitti has since married Eleanor Robb, who he has two daughters with, Sofia, born in 2015, and Valentina, born in 2019.

In 2014, Dario was appointed a Member of the Order of the British Empire for services to motor racing.

Dario is active on his official Instagram account, where he posts about his daily life, racing, and his family.

He can also be found on his official Twitter account, where he mainly posts about racing and events he attends.

Dario Franchitti is one of the most accomplished race car drivers in the industry, and he has earned a remarkable number of honors during his career.

Although he’s won many races and awards in his 11 years as a professional racing driver, some of his achievements have stood out from the rest.

Here are some of the greatest awards and victories of Dario Franchitti’s career:

These are just a few of the many accolades that Franchitti has received for his talents behind the wheel.

How Does Dario Franchitti Spend His Money?

Fans were treated to a glimpse of Dario Franchitti’s lavish lifestyle when he sold his Scottish mansion for $4.3 in 2012, where he’d previously lived with Ashley Judd.

The 485-acre property, known as the Rednock House, is located about an hour away from Edinburgh and is a refurbished 200-year-old stone mansion.

Originally purchased by Franchitti and Judd in 2004, the couple put a lot of work into this home, and it certainly highlights their love of the most luxurious things in life.

Dario Franchitti has enjoyed many high points during his 11 motorsports career.

However, some of his milestones have increased his wealth and fame more than others.

Here are some of the best highlights of Dario Franchitti’s career:

While he retired before he could become as wealthy as Kimi Raikkonen, Dario Franchitti had a long and successful career with some truly amazing milestones.

Dario Franchitti doesn’t talk about his personal life often, but he openly talks about his career and how he’s handled some of his most significant races.

While he may race cars at incredibly high speeds, there is something distinctly relatable about how Franchitti approaches his career.

Here are our favorite quotes from Dario Franchitti:

We can learn a lot from Dario Franchitti about achieving success in our own endeavors.

Now that you know all about Dario Franchitti’s net worth, we can look at what he can teach us about reaching our own goals.

Here are some of the best success lessons to learn from Dario Franchitti:

When you’re trying to become successful, you’ll have to learn when to take a risk and when to hold back.

Recognizing the best opportunities and when to reach for them is an important skill that every successful person needs to possess.

To become successful, you have to dedicate yourself fully to achieving your goals.

If you cannot apply yourself 100%, you’ll never reach your full potential or discover how far you can climb.

Everyone faces failure at one point or another, but if you let yourself be crippled by it, you’ll only fall further from success.

Fortunately, if you can learn from failures, you can turn them around into something positive to help you get further ahead.

Dario Franchitti has left a lasting legacy as one of the most accomplished racing drivers in the industry.

Now, as a commentator, Franchitti continues to increase his net worth, and it is a position he isn’t likely to retire from any time soon.

Make sure to check back often so you don’t miss any updates or changes to Dario Franchitti’s net worth!

As of February 2023, Dario Franchitti’s net worth is estimated to be $50 Million.

What do you think about Dario Franchitti’s net worth? Leave a comment below.

Rob Blake is a gold medal-winning Olympic champion who made a fortune playing ice hockey, becoming incredibly wealthy from his skills on the ice.