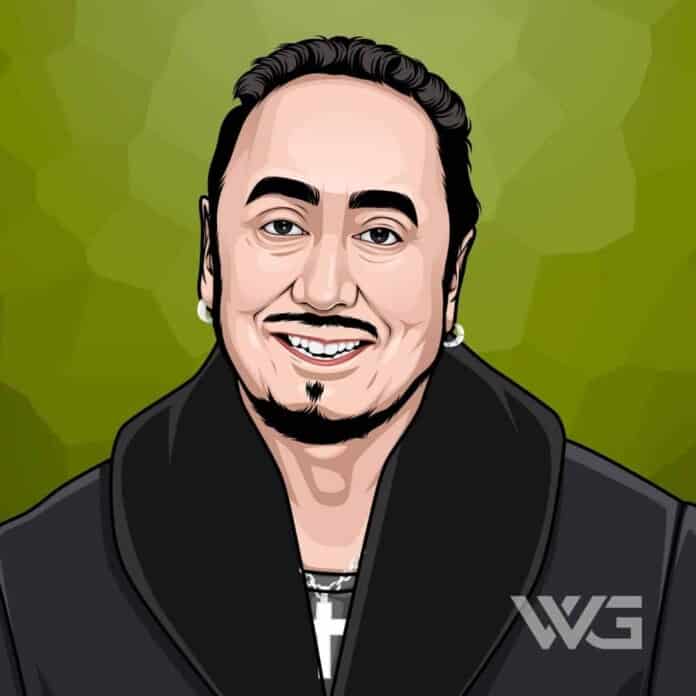 What is David Gest’s net worth?

David Gest was an American producer and television personality.

He produced the television special ‘Michael Jackson: 30th Anniversary Celebration’ in 2001, which was the last reunion of Michael Jackson and the Jacksons coming 17 years after their previous reunion.

In 2006, he appeared on the series of the British reality show ‘I’m a Celebrity… Get Me Out of Here!’.

David Alan Gest was born on the 11th of May, 1953, in California. When he was 17 years old, Gest landed a job as a publicist at London Records. A year later, he was promoted to national director of publicity and transferred over to the New York office of the label.

Al Green encouraged Gest to start a P.R. and management firm. When he was 18 years old, he created David Gest & Associates. Green became his first client and mentor. Shortly after, he had 25 artists on his roster and generated a lot of success.

Gest and Liza Minelli were married in 2002 and separated the following year. In 2003, he sued her for $10 million, claiming that she had been violent and physically abusive during their marriage,

Gest finished in 4th place on the series ‘I’m a Celebrity… Get Me Out of Here’ in 2006. Two days later, Gest appeared on the Royal Variety Show in London in front of Prince Charles, for which he received a standing ovation.

A few days later, a controversy arose on the cover of two major UK papers stating that more than 30,000 text votes were not counted in Gest’s favor when the network ITV had a voting glitch.

In 2007, Gest appeared as a judge on ‘Soapstar Superstar’. Later that month, it was announced that Gest had signed a one-year deal with ITV to appear in his own reality series entitled This Is David Gest.

He was one of the four judges on ITV1’s entertainment series ‘Grease Is the Word’ and starred on ‘Greased Lightnin’. In 2007, Gest appeared in an episode of Gordon Ramsay‘s ‘The F Word.’

Here are some of the best highlights of David Gest’s career:

“If I wanted to be famous, I could have been famous before. I mean, I produced a Frank Sinatra special– Elizabeth Taylor, with Michael Jackson, Gregory Peck, I won’t even take a picture.” – David Gest

“I can help a lot of other people who’ve gone through the same thing by building a center that will help men and women who don’t have the funds to take care of themselves and get the medical treatment.” – David Gest

“Liza, I love you more than any words can say. You have made me a complete person. You are everything to me. And I cannot think of living life without you. And I love you forever.” – David Gest

“I know he was definitely beaten by her. I saw it many times. But we had a different way of dealing with her. He’d let her have more and more booze until she passed out.” – David Gest

“I’m a bit down. Liza Minelli and David Gest, I don’t know how it didn’t work out. How can a man who likes other men and a woman who drinks not get along? The interesting thing is this – there is no conceivable amount of money worth telling the world that you were beaten up by Liza Minelli.” – David Gest

“She was, as she said in interviews, basically broke. So I didn’t marry her for anything that she could give me as far as financially. I just loved the woman. I mean, I just loved her, unconditionally loved her.” – David Gest

Now that you know all about David Gest’s net worth and how he achieved success; let’s take a look at some of the lessons we can learn from him:

Every small positive change we make in ourselves repays us in confidence in the future.

To keep your balance, you must keep moving.

The best way out is always through.

How much is David Gest worth?

David Gest’s net worth is estimated to be $20 Million.

How old is David Gest?

How tall is David Gest?

David Gest was an American producer and television personality. Gest was born in Los Angeles, California. He is best known for his short and tumultuous marriage and divorce from Liza Minnelli.

The couple married in 2002 and separated one year later. The following year, Gest sued Minnelli for $10 million dollars.

What do you think about David Gest’s net worth? Leave a comment below.