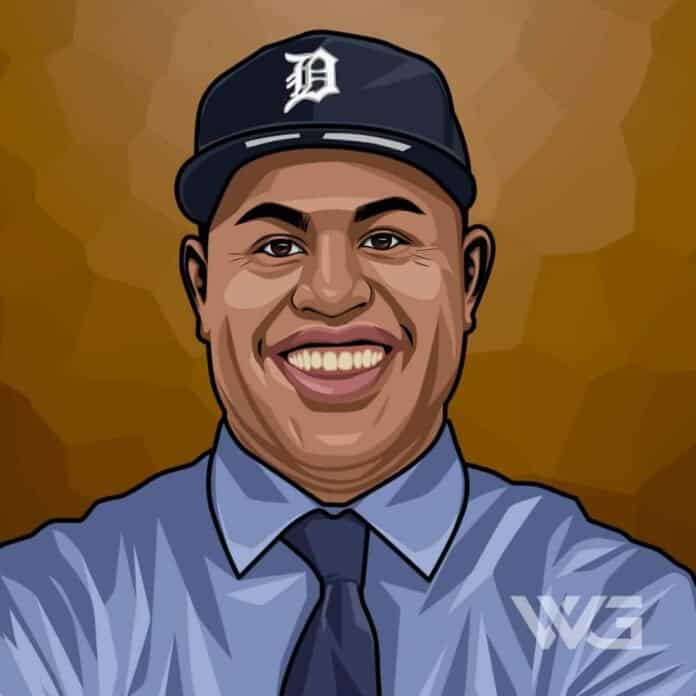 What is Eric Thomas’ net worth?

Eric D. Thomas is an American motivational speaker, minister, and author from Chicago. Thomas has been known as the “hip-hop preacher” and is mostly known on his channel on YouTube.

He is quite diligent about his video and has influenced many by his work as a motivational speaker and author.

Thomas was born to a single, teenage mother, and dropped out of high school, and lived homeless on the streets of Detroit for two years. While he was homeless he met a preacher who inspired him to go back to high school and eventually change lives.

Thomas spent twelve years working toward an undergraduate degree at Oakwood and graduated in 2001. He later preached and set up a program to help youth.

Eric Thomas took a job with Michigan State University (MSU) in 2003. Thomas took the job along with a fellowship to attend MSU to complete his master’s degree in K- 12 Administration with an emphasis in Educational Leadership.

Thomas began developing an undergraduate retention program for high-risk minority students. He wanted to spread his knowledge to people that had been going through some hard times just like he did on Detroit’s streets as a homeless teenager.

He attained a master’s degree from MSU in 2005, and a PhD in Education Administration in 2015. Thomas had now become known as a preacher and motivational speaker. He founded a company to offer education athletic development, executive coaching, and consulting.

Since then, Thomas has appeared on the track ‘Intro’ of Disclosure’s 2013 debut album, and ‘Wins and Losses’ to rapper Meek Mill‘s 2017 album of the same name.

Here are some of the best highlights of Eric Thomas’ career:

“I’m discovering that the people that wake up early are really the trendsetters. They are up giving the commands on what the whole world needs to do, so the worker wakes up at 8 AM, but the dreamer, the innovator, the creator, the engineer is up at 3 or 4 in the morning making it happen.” – Eric Thomas

“You know school ain’t my first love, but we gotta get in here and do it so that young people can know that for real it’s past possible, there’s absolutely nothing that we can’t accomplish.” – Eric Thomas

View our larger collection of the best Eric Thomas quotes!

How much is Eric Thomas worth?

Eric Thomas’ net worth is estimated to be $5 Million.

How old is Eric Thomas?

How tall is Eric Thomas?

Eric Thomas is best known as the “Hip-Hop Preacher” among his fans. Thomas is quite diligent about his videos and he has also started a regular podcast.

A lot of his fortune is from his YouTube channel.

As of November 2022, Eric Thomas’ net worth is estimated to be roughly $5 Million.

What do you think about Eric Thomas’ net worth? Leave a comment below.