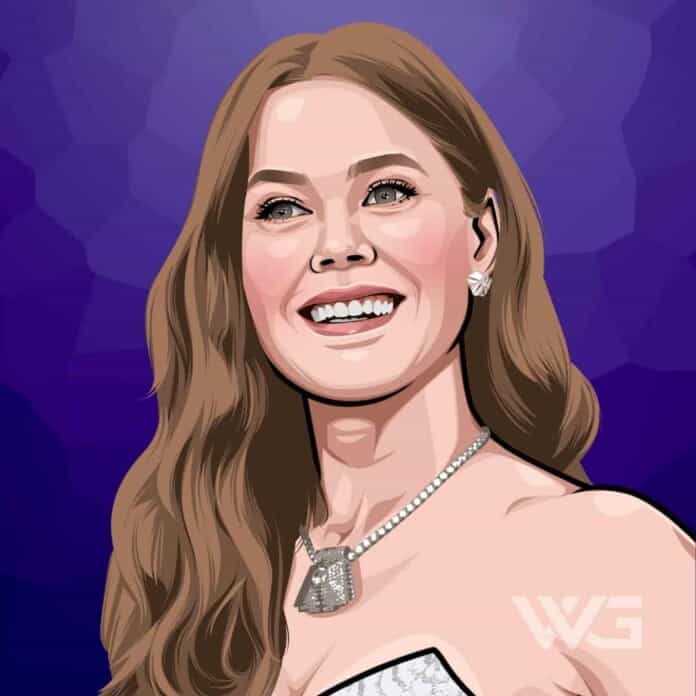 What is Amy Adams’s net worth?

Amy Adams is an Italian-born American actress who has appeared in dozens of movies and television shows throughout her career.

With notable projects, including American Hustle, The Fighter, and Arrival, she’s been nominated for many awards and accolades for her work.

Amy Adams was born in Vicenza, Veneto, Italy on August 20th, 1974, stationed at the Caserma Ederle military complex where her father worked.

Following his time in the Army, her father began singing professionally, inspiring Amy Adams to sing in the choir while attending Douglas County High School.

Moving to Atlanta, Georgia after graduating from high school, Adams worked a variety of odd jobs before beginning her career in the entertainment industry.

After small roles in movies such as Cruel Intentions and the television show Buffy the Vampire Slayer, Adams got her breakthrough in the movie Junebug.

Work with some of the richest directors in the world followed, including a role in the Steven Spielberg movie, Catch Me If You Can, starring Leonardo DiCaprio and Tom Hanks.

Adams also proved herself adept in lighter roles, working with Jack Black on Tenacious D in the Pick of Destiny and alongside Will Ferrell in Talladega Nights.

She also took on the role of Lois Lane in the films Man of Steel and Batman V Superman, making her one of her generation’s most bankable female stars.

Amy Adams has enjoyed a hugely successful career, with her salary increasing as she’s taken on bigger and better roles.

Her earnings in 2014 for the various films and television appearances she made was estimated to be an impressive $13 million.

Today, as one of the highest-paid actresses in the world, Adams can take home a salary in the region of $10-20 million each year.

This has meant her net worth has continued to climb as her career has evolved, commanding higher fees for her roles.

Here’s a breakdown of Amy Adams’s annual net worth:

Amy Adams met the actor and painter Darren Le Gallo in 2001, and they began dating soon after, becoming engaged in 2008 and married seven years later.

In 2010, Adams gave birth to her first daughter, Aviana, and the actress describes her family life as “low key.”

In her spare time, Adams works with underprivileged students at New York City’s Ghetto Film School and was honored by Variety for her work in 2010.

Throughout her prolific career, Amy Adams has been nominated for or given a wide variety of awards in the film industry.

She has received multiple nominations from the Academy Awards for the films American Hustle, Doubt, The Master, and The Fighter.

Here are some highlights from Amy Adams’s career:

How Does Amy Adams Spend Her Money?

Amy Adams has accumulated an impressive net worth on par with some of the richest actresses in the world, allowing her to live a life of luxury.

With her actor husband, Adams invested money in a large multimillion-dollar property in Beverly Hills featuring multiple bedrooms with en suites and a swimming pool.

While some Hollywood stars are known for spending time in the public eye, Adams prefers to keep a low profile and keep her lifestyle away from the media spotlight.

With a career spanning decades and a string of hit television shows and movies, Amy Adams has enjoyed many high points as an actress.

Here are some of the best highlights of Amy Adams’s career:

With her ability to transition from serious roles to light-hearted comedies and blockbusters, Adams has unique insights into the nature of acting.

Here are our favorite quotes from Amy Adams:

Now that you know all about Amy Adams’s net worth, let’s take a look in more detail at the awesome lessons we can learn from her life and experiences.

Her success as an actress in a variety of genres marks her as one of the most talented performers of her generation.

Here are some of the best success lessons to learn from Amy Adams:

1. Don’t Let Fame Go To Your Head And Always Give Something Back To The World

Despite being worth huge sums of money, Adams hasn’t let it go to her head and is committed to investing her time and money in helping disadvantaged people in life.

2. No Matter How Much Work Overwhelms You Always Find Time To Work Out And Eat Healthily

Adams is outspoken about her commitment to finding a healthy work-life balance, no matter how busy her work schedule is.

Make exercise and eating healthy food a daily practice so that when you’re overwhelmed with work you don’t forget to stick to these principles.

While Adams initially wanted to be a dancer and singer, she wasn’t afraid to change her goals when acting opportunities came up.

Always try to learn from new experiences and use them as a chance to build up complementary skills.

That concludes this article exploring the life and career of Amy Adams and how she earned her impressive net worth.

From her origins working on television shows and independent movies to her role in critically acclaimed and commercially successful blockbusters, Adams has proven herself as a genuinely talented actor.

With more movie roles in the future, Adams’s net worth will continue to climb, so be sure to return to this article for the updated details.

What do you think about Amy Adams’s net worth? Leave a comment below.