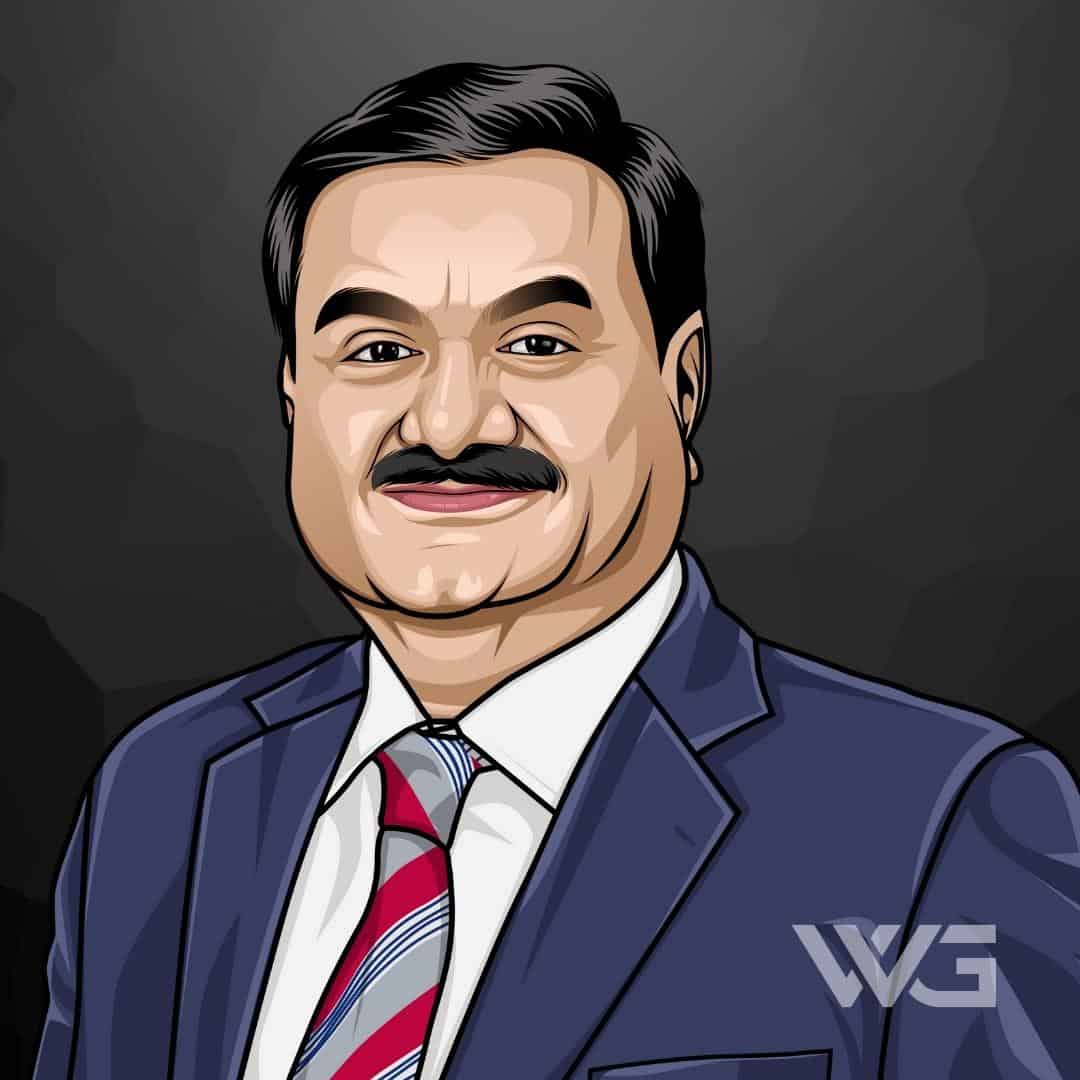 What is Gautam Adani’s net worth?

Gautam Adani is the second richest person in the world and the founder and chairman of the Adani Group. His company is ranked among the top three industrial conglomerates in India, with his philosophy being, “Growth with Goodness”.

Most of his wealth comes from his 62% stake in Adani Ports and 75% in Adani Enterprises. His companies have become some of the most well-known and respected players in their respective industries.

Adani is also the president of the non-profit Adani Foundation that he established to encourage sustainability and development in India.

His parents migrated from Tharad when he was a child and Gautam attended Sheth Chinalal Nagindas Vidhyalaya School in Gujarat. He went to Gujarat University to study Commerce but dropped out in the second year to explore other interests in business.

His father worked as a textile merchant, but Gautam was not interested in that business. While still in his teenage years, he decided to move to Mumbai. He started work at Mahendra Brothers as a diamond sorter and continued with them for over two years before venturing into an incredible opportunity offered by his brother, Mahasukhbhai Adani.

The new opportunity his brother offered was to manage a plastics unit he had decided to buy. This was the start of his adventure into global trading and the beginning of his vast empire.

While working for his brother, Gautam wanted to pursue his entrepreneurial dreams, which were to start Adani Enterprises. Due to earning millions through diamond broking, he set up a holding company, Adani Enterprises.

Using the knowledge and skills he’d developed from his many years of negotiating, he created a business that deals in agricultural and power commodities. He expanded into trading textiles, metals, and various agricultural products in 1991.

After getting the contract for Mundra Port in 1995, he set up his first jetty. From this small start, the company has become the largest private multi-port operator worldwide with a handling capacity estimated to be 21 million cubic tons per annum.

Gautam has a passion for renewables and environmentally friendly power generation, winning the world’s largest solar bid in 2020, worth $6 billion.

Not content to restrict his trading activities, Gautam was able to negotiate a 74% stake in Mumbai International Airport.

Adani has also been on the receiving end of criticism due to his stake in media giant, RRPR Holding. The company has a controlling stake in the national broadcaster in India and brings into question its editorial independence due to Adani’s close relationship with the Indian prime minister.

With Adani’s interests in gas and oil, together with contracts managing ports and ownership of coal mining and power stations, he has become the second richest man in the world behind Elon Musk and potentially will surpass him very soon.

Due to the complex nature of Adani’s companies and his shareholding in each entity, it is extremely difficult to calculate exactly how much he draws from his business empire on an annual basis.

With Adani’s business acumen and well-honed negotiating skills, he will no doubt continue to expand his business interests and earn a huge personal reward for his efforts.

Gautam always had his eye on earning a huge fortune, so it is little wonder that his business empire has expanded to encompass the entire globe.

Here’s a breakdown of Gautam Adani’s annual net worth:

His business interests are inexorably entwined, to the extent that it has been described as an economic eco-system. The result of this is that the businesses build on each other and will continue to increase Adani’s net worth for the foreseeable future.

He has two sons, Karen Adani and Jeet Adani, and married a dentist, Priti Adani. His wife runs a school, Adani Vidya Mandir, that helps those less fortunate in Ahmedabad.

In 2008, Gautam was at the Taj Mahal Hotel as militants besieged the building. He hid in the basement until help arrived, surviving the terrorist attack which claimed 166 lives.

He was also involved in a kidnapping that took place in 1998. His companion, Shantilal Patel, and he were held for ransom but eventually released after the kidnappers received $2 million.

In an increasingly dangerous country, Gautam has joined wealthy business men like Mukesh Ambani, Vijay Mallya, and Shiv Nadar as targets for kidnapers.

Gautam has spent his life achieving the unbelievable and is recognized for his sharp business mind and impressive negotiating skills. His concern for the people of India, as well as the rest of the world, is evident in his attempts to help move to renewable energy and specifically solar power.

Here are some of the more memorable moments from Gautam Adani’s career:

Gautam spent his life entirely focussed on building a massive business empire that he could pass on to his heirs.

But not only that, he is proudly Indian, and takes great pride in the achievements of his country and the strides they have taken in renewable energy, to ensure a future for their children.

How Does Gautam Adani Spend His Money?

He is conscious of the great poverty in India and gives 3% of his income to philanthropic causes.

He is the president of the Adani Foundation, which is mainly operated by his wife. This foundation is committed to helping create a healthy community with its infrastructure, health, and education projects.

He sees the value in property and has invested a large chunk of his wealth in many properties around the world.

He has some of the most expensive cars in the world in his car collection, including top-notch luxury cars like BMWs, Ferraris, and various limousines.

From the very beginning, Adani has managed his business interests with an astute nose for growth opportunities. His acquisition of businesses across the full supply chain shows that he is able to appreciate how much power he can harness by having full control.

Here are some of the best highlights of Gautam Adani’s career:

Adani is only too well aware of how important logistics are to the well-being of a nation and to individual companies.

His ability to take advantage of prevailing economic conditions to get ahead of the competition is legendary, and the reason for his amazing success.

Gautam Adani is a font of business advice and wisdom and his corporate exploits are followed by business school students around the world. His ability to think and plan for the future sets him apart from those who only chase short-term profits.

Here are our favorite quotes from Gautam Adani:

If you wish to emulate some of Adani’s success, then following some of his business wisdom will set you on the path to success.

Now that you know all about Gautam Adani’s net worth, here are some of the best success lessons to learn from Gautam Adani:

1. Focus On Trying More And More, Not About Your Previous Mistakes

Gautam believes in moving forward and not diverting his attention to the past. This has helped him focus on what’s important and to achieve the life he has now.

2. There Is Always Room For Growth

No matter where you are, there is always something more. Why not grow, rather than sit around and be content? When you strive for more, you can get everything you ever wanted.

There will always be opportunities. If you keep striving for your best, you will be surprised at what you can achieve.

Using his extensive knowledge of industry and business, Gautam took the business world by storm.

There may be many controversies surrounding this billionaire, but there is no doubt that he has reached the pinnacle of corporate and entrepreneurial life.

Even at the age of 60, he continues to grow his company, but he also drives himself to grow personally and is committed to improving his life and those around him.

What do you think about Gautam Adani’s net worth? Leave a comment below.